I am sure many remember taking their first child home from the hospital. The first time the baby experiences the outside world. The slow ride home white knuckling, driving 20 miles below the speed limit because of the precious cargo that you were transporting. Well that was me in a nutshell.

All I could think about was all the hard work and emotions that occurred leading up to this trip home. I had one eye on the road and one on the car seat. If my memory serves correctly, I do…

I have been in hiatus for quite some time. The good Lord just put the pause button on me. Now you women know what the  word above means, but I am sure there are many men that don't know about this liquid gold that God created for women to nourish our babies. Colostrum is the first milk your breasts produce during pregnancy.

The Wisdom We Gain Through God's Devotion. (enjoy)

Because of Love!! "this is a true story" A brother and sister had made their usual hurried, obligatory pre- Christmas visit to the little farm where dwelt thei...r elderly parents with their small herd of horses. The farm was where they had grown up and it had been named Lone Pine Farm because of the huge pine, which topped the hill behind the…
Continue

Imagine being trapped in a closet with your baby for years. You hope to get out, but you don't know. You start drawing pictures of birds, trees, and dogs. To show this baby of yours who has never seen what life is like out in the real world.
So imagine one day this baby comes and says, "you know, gee, houses and birds and…

This is Shrek the sheep. He became famous several years ago when he was found after hiding out in caves for six years. Of course, during this time his fleece gr...ew without anyone there to shorn (shave) it. When he was finally found and shaved, his fleece weighed an amazing sixty pounds. Most sheep have a fleece weighing just under ten pounds, with…
Continue

I work in a sometimes hostile environment. A place where you make good money that comes with a price. Working 12 hour shifts where you rotate days and nights can wreck havoc on your system and sleep pattern. There are days where I will be up 30 hours straight. My marriage was pretty rocky before I had God in my life. Once I was born again and I put all of who I am into the Lords hands the better my life has become. I never asked Him for things. I just asked for wisdom on how to…

I was reading the book of Revelations (applications bible) came aceoss a part explaining how enthusiastic one is in the beginning of their faith. I remember this quite well. And then came the lulls because I didn't know how to pursue. I often got scared because I thought I lost that zest for pursuing God's message. I found out that the pursuit of knowledge will result in the outcome of enthusiasm. I don't remember ever praying to God to never make my journey boring. I do know that during…

Too much focus on Heaven?

Sorry if my title sounds anti, I am sure it got your attention. The reason for this post is a person's frame of mind. It makes me wonder how many people are focused on the concept of Heaven only because it is better than the alternative? Don't get me wrong, I think about the beauty and greatness that is the destination that I am working towards. I think of the elimination of the pain in my joints and also being free of all sin. But, it isn't what I think about. There is a time and a place…

Having the Holy Spirit inside of you is the greatest most self-assuring feeling there is. When I would read about how hard it also is I really didn't understand until this week.

There are moments of guilt, anger, sadness, and helplessness.

The guilt is when we sin. The most miniscle sin can beat us up. Sure I am getting better each and every day, but I will never be rid of sin and I sometimes can be very hard on myself when I do. Its that feeling of disappointing my Father.…

We all really need to just listen!! 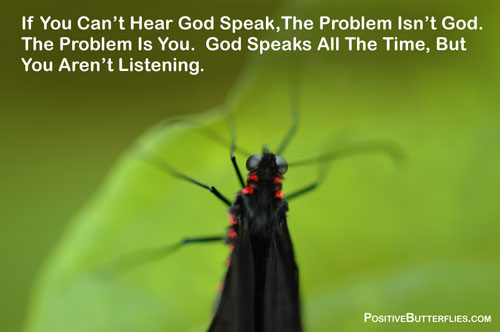 It took Sawyer several days to recoup from his surgery. He even had to be put back on oxygen because he became so weak. At 37 weeks gestation he now weighed 5lbs and 8 ounces. We are now only 3 weeks from his due date. They now are starting to give him full rein of what he wants to eat where before everything was monitored.

Sawyer was now eating everything in site. As his date to come home was closing in we were told that we needed to take a cpr class. Yes, pretty scary stuff, but… 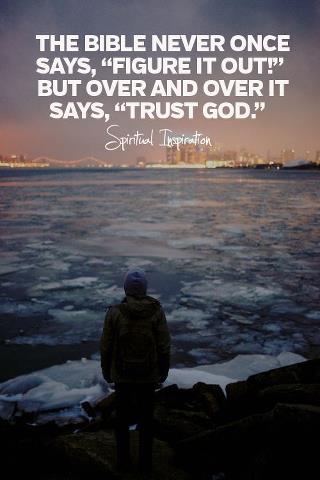 I really need to work on this!! Sawyer after being able to breath on his own was simply amazing the doctors. He was so ahead of schedule. Yes he was having episodes with his breathing, but was pretty much doing a lot on his own. He was now at 34 weeks gestation where the things he was accomplishing were two weeks early. A true miracle in their eyes.

We were so waiting for the day that Sawyer would be moved from his isolette to a bassinet. They were now slowly preparing him for that moment.

On December 12th (9 weeks 3 days)  while up at the NICU and just about ready to leave for the night they decided to weigh Sawyer. This would be the first time we would ever see him without his headgear. They would put an oxygen bag next to him for some assisted breathing. Finally able to see his face!! What a treat that was!! Lynn got to hold him all bundled up in a heated blanket. The loving look on her face was what convinced me that Sawyer would always be in great hands under her care.…

During the next couple of weeks Sawyer had many issues flare up, potasium levels were erratic, kidneys wern't functioning properly, blood clots formed, viruses, infections, poking and prodding, the life of a preemie is full of peaks and valleys.

One thing I remember from this experience is all the times we had to wash our hands. The slightest bit of germs could be very deadly when handling him. The smell of Purrell will always linger in my mind.

The agonizing part of the NICU…

A little boy wanted to meet God. He knew it was a long trip to where God lived, so he packed his suitcase with cookies and six cans of lemonade and he started ...his journey. When he had gone about three blocks, he met an old woman. She was sitting in the park just staring at some pigeons. The boy sat down next to her and opened his suitcase. He was…
Continue

So the murmur was fixxed, but Sawyer came down with another infection. An infection for a baby his size is extremely deadly. The doctors were so very nurturing in calming our nerves with situations like this that occurred in the past with a positive outcome. Their bedside manner was kind, but straightforward. We didn't want things sugarcoated if they knew there was a negative outcome. The fact that they were able to cure this last infection was a positive thing.

Getting back to the…

As I mentioned about Lynn being able to hold Sawyer. Well he was all bundled up in a blanket that first time. A couple days later she was able to "kangaroo" with him. This is skin on skin. The great thing about this method is the child feels the security of the mother. The warmth and the love that goes with it. As over stimulated as Sawyer was, his heart rate would drop to a nice calming beat. It really is pretty remarkable.

Lynn was always looking forward to that day, the doctors…