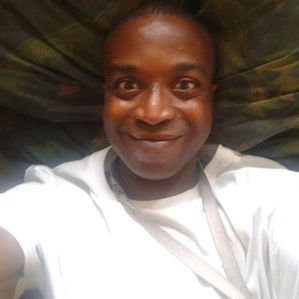 Leon ford has not received any gifts yet

I'm here to...
I looking for someone in my area to baptize me

Interests:
I am a watchman for my area

I'm passionate about...
I am passionate about spreading Gospel the Kingdom of God within scriptures: Mark 1:15 KJV
And saying, The time is fulfilled, and the kingdom of God is at hand: repent ye, and believe the gospel. Galatians 1:6-9 KJV
I marvel that ye are so soon removed from him that called you into the grace of Christ unto another gospel: Which is not another; but there be some that trouble you, and would pervert the gospel of Christ. But though we, or an angel from heaven, preach any other gospel unto you than that which we have preached unto you, let him be accursed. As we said before, so say I now again, If any man preach any other gospel unto you than that ye have received, let him be accursed. Galatians 2:5 KJV
To whom we gave place by subjection, no, not for an hour; that the truth of the gospel might continue with you. 1 Thessalonians 2:4 KJV
But as we were allowed of God to be put in trust with the gospel, even so we speak; not as pleasing men, but God, which trieth our hearts. Revelation 12:9 KJV
And the great dragon was cast out, that old serpent, called the Devil, and Satan, which deceiveth the whole world: he was cast out into the earth, and his angels were cast out with him. 2 Corinthians 11:13-15 KJV
For such are false apostles, deceitful workers, transforming themselves into the apostles of Christ. And no marvel; for Satan himself is transformed into an angel of light. Therefore it is no great thing if his ministers also be transformed as the ministers of righteousness; whose end shall be according to their works.

My story with God
Revelation 12:4 KJV
And his tail drew the third part of the stars of heaven, and did cast them to the earth: and the dragon stood before the woman which was ready to be delivered, for to devour her child as soon as it was born. Revelation 5:11
And I beheld, and I heard the voice of many angels round about the throne and the beasts and the elders: and the number of them was ten thousand times ten thousand, and thousands of thousands; Luke 1:31-33 KJV
And, behold, thou shalt conceive in thy womb, and bring forth a son, and shalt call his name JESUS. He shall be great, and shall be called the Son of the Highest: and the Lord God shall give unto him the throne of his father David: And he shall reign over the house of Jacob for ever; and of his kingdom there shall be no end. Luke 1:35 KJV
And the angel answered and said unto her, The Holy Ghost shall come upon thee, and the power of the Highest shall overshadow thee: therefore also that holy thing which shall be born of thee shall be called the Son of God. Ephesians 3:9 KJV
And to make all men see what is the fellowship of the mystery, which from the beginning of the world hath been hid in God, who created all things by Jesus Christ: Colossians 1:16 KJV
For by him were all things created, that are in heaven, and that are in earth, visible and invisible, whether they be thrones, or dominions, or principalities, or powers: all things were created by him, and for him: Hebrews 1:2 KJV
Hath in these last days spoken unto us by his Son, whom he hath appointed heir of all things, by whom also he made the worlds; Luke 1:36-38 KJV
And, behold, thy cousin Elisabeth, she hath also conceived a son in her old age: and this is the sixth month with her, who was called barren. For with God nothing shall be impossible. And Mary said, Behold the handmaid of the Lord; be it unto me according to thy word. And the angel departed from her.

Do not be deceived: God cannot be mocked. A man reaps what he sows.

I came across a scripture reading today that I thought you would like to read as well. It is taken from Galatians 6:7:

Do not be deceived: God cannot be mocked. A man reaps what he sows.

Here are some thoughts on that verse:

We're not going to fool God. While we might put up a facade for others, God knows our hearts. So, if we spend our wealth, time, and interest in other things and give God the crumbs, we need to know that we are not going to reap a bounteous…

This little help for those who love reading bible

I am really spiritual person   who just like following the true principle of Jesus Christ and our heavenly farther. I want to share with you what do in my Christian life threw the holy bible; I want share with you about my daily meditation of reading the holy scriptures, first I want share something  with you in 2 timothy 3 verse 16 it say All scripture is given by inspiration of God, and is profitable for doctrine, for reproof, for correction, for instruction in righteousness: this is my…