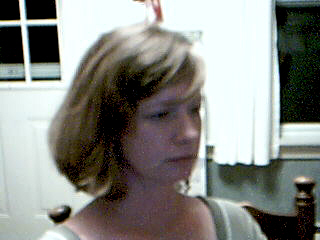 GOD'S PLAN VS. GOD ALLOWING THINGS TO HAPPEN IN OUR LIVES...

Join me in prayer for healing of the sick. Add your own name to a list of prayer recipients for divine healing. Each week a new list will form. Join in on fasts for healing, too!
Jun 4, 2019
156 Comments 6 Likes

What it means to prosper

Prosperity is not ~ to produce a tangible fortune,

It is to succeed;

Success is not ~ to gain money,

It is to progress;

To progress is not ~ to expand worldly possessions,

It is to mature in character;

Maturity hasn’t a matter in common with money or appointed authority,

It embodies the persona of…

Country (not County)
US

I'm here to...
mingle with others that share my Christian faith

~Our Father, who art in heaven,
hallowed be thy name.
Thy Kingdom come,
thy will be done,
on earth as it is in heaven
Give us this day our daily bread.
And forgive us our trespasses,
as we forgive those who trespass against us.
And lead us not into temptation,
but deliver us from evil.
For thine is the kingdom, the power and the glory, for ever and ever.
Amen~

I'm passionate about...
Jesus! WHO ELSE?!

My story with God
He saved me and brought me through numerous obstacles, too many to share in this little box. However, I must share one of the recent blessings He bestowed upon me. God is the reason I decided to go back to school and here I am with a college degree, associates, and finished with all A's!!! :) This is amazing because it comes from a girl who quit high school in her senior year, eventually obtained her GED, and previously took only two college classes without following through. Also, I would have never in my wildest dreams imagined achieving all A's, because I had been a C, D student throughout primary school. I owe this all to the work of the Lord! The Holy Spirit placed it on my heart to return to school, I obeyed, fearfully, yet hopefully and the result is more than I could have accomplished on my own. I hope that one day I will continue my education, as it brings so much gladness to my heart. For now, I have other things to take care of, and I know all will work out by the grace of my Lord and Savior, Jesus Christ!

Other stuff about me:
*

The pictures below were taken between the 18th and 25th of July, 2009. My family--mom, dad, son, sisters and niece are included. We enjoyed a nice family vacation. My dad was terminally ill with cancer, recently diagnosed. He still wanted to go on the vacation, so we went. Three days after our return home my dad went to be with the Lord. God bless his soul.

By Pat Robertson...taken from the blog of Therese on AAG

When we are faced with great need, either for ourselves or others, we should begin by humbly seeking to know God's will in the matter: " Father, what do you want to do in this situation? " Jesus said; " My Father has been working until now, and I have been working" (John 5:17). He listened to the voice of the Father, and He watched Him. Be careful not to start or end a prayer by saying blindly, " if it be your will. " Rather, you should seek to know God's will in the situation and then base your prayer upon it. Praying for a miracle is welcoming a gift of the Holy Spirit to manifest. When His will is to work one, He will witness that to your heart. Then you can ask Him to perform the miracle that you know He wants to bring about.
It is often important to exercise a key to the miraculous-the spoken word. God has given us authority over disease, demon, sickness, storms, and finances (Matt.10:1; Luke 10:19). Often, we may keep asking God to act, when, in fact, He calls us to employ His authority by our action with divinely empowered speech. Then we may declare that authority in Jesus' Name: we may command needed funds to come to us, command a storm to be stilled, command a demon to come out, command any affliction to leave, command a sickness to depart.
Jesus said." Whoever says to this mountain,' Be moved and be cast into the sea,' and does not doubt in his heart, but believes that those things he says will be done, he will have whatever he says" (Mark 11:23). Believe in your heart that it already happened! With the anointing of faith that God gives you, speak it forth. But remember, miracles come by faith in God's present power, not by a ritual or formula of human works or willpower.

Amen, and Continue on your walk with Jesus Christ I too and a living Witness as to what he can do. Mary Doris

I am so pleased to hear from you and am glad that you have found a home church. Your comment blesses my heart. My God continue to bless and guide you.

Welcome back to AAG.