For some reason Christian people do not seem to have close friendships with other Christian people. I have no idea why this happens. I have however meet a couple friends that are Christians, but they always drift away. Kind of strange for people that are supposed to love each other. I think in my in my walk with God this is one thing i struggle to understand.

Well it's the first day of 2016, so I thought I would post how my year started lol. A few days ago my basement flooded, and my hot water heater, washer, and dryer are not working. This morning I got out of bed and my internet is not working... Yep life is being I interesting again... Ps I am still not sure my new furnace well work when it dries out... Now now don't hang your head saying poor Marshall just yet... Because God is in control of the situation, and he is wonderful in him blessings.… Continue Often, people experience anxiety when they think about the future; however, it does not have to be that way. For those who know God, thoughts of the future bring eagerness and comfort. For example, describing a woman who knows and trusts God, Proverbs 31:25 says, “She smiles at the future.” Two key thoughts to keep in…
Continue

Take a moment to read this. You won't be sorry 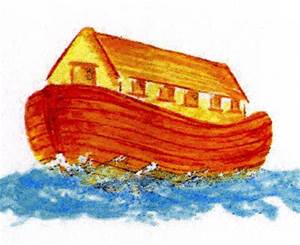 In the year 2015, the Lord came unto Noah, Who was now living in America and said: "Once again, the earth has be...come wicked and over-populated, and I see the end of all flesh before me." "Build another Ark and save 2 of every living thing along with a few good humans."

He gave Noah the blueprints, saying: "You have 6 months to build the Ark before I…

1 John 5:5
Who is he that overcometh the world, but he that believeth that Jesus is the Son of God?…

We have So Much Love to Give The World 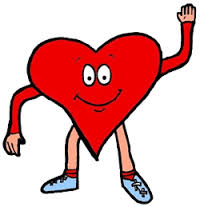 Hello My wonderful friends. As I am always busy sharing the word of God with the world. Please let me also take time to share with you my love for you also. We that are born of the Spirit have also learned about a deep love for each other. We did not learn this love for each other on are own, but Christ in us has showed us about this love. We have all felt it. And as we are all in the family of God, and having…

So Great Is The Lie

I tell you the truth, For a man of God to be trick into the lies the devil tells. The lie has to be a really big lie. A whopper of a lie. Because the man of God walks in the truth of the word of God, and can see that he is being lied to. So keep the word of God in your heart, and live it.

The father of lies is crafty, and he can easily lie to them that do not know the…

The Rewards of Repentance -Teaching by Pat Robertson

How amazing to think that God completely covers our sins!  The key is found in 1 John 1:9:  If we confess our sins, He is faithful and just to forgive us our sins and to cleanse us from all unrighteousness.

The Power Of Prayer

When you take a minute, and think about all the problems you have, and your family, and friends have, and then think about all the problems people all over the world has. You might ask yourself how can I help them all the most? And there is a answer to that very good question. And that answer is to pray for them. Every child of God knows that when we pray to are heavenly father he hears are prayers. And will hear us from heaven, and heal are land. The Bible even tells us to pray for…

When i was young, my Grand mother gave me stories of how they used to keep lions away at night. After daily activities, the night would arrive and may be when in other parts of the country people were comfortably asleep, in this eastern side of Kenya it would mean the beginning of another task, keeping the…

Why should I keep re-reading the Bible?

Why should I keep re-reading the Bible? I’ve read it all now, so why look at it again?

If someone you really cared for went away on a long, long journey and left you a pile of letters would you read them just once? No. You would re-read them because you would want to read all the things that they have to say to you and you would want to be…
Continue

"Peace" has been defined as “a state of tranquility or quiet . . . freedom from…

Those who are called

The title of my article comes from a well-known and oft quoted verse, Roman 8:28. I'm sure many have the verse memorized, "And we know that God causes all things to work together for good to those who love God, to those who are called according to His purpose." The next verse is seldom quoted and many would not find it familiar, "For those whom He foreknew, He also predestined to become conformed to the image of His Son, so that He would be the first born among many…

While out with a friend one day. We was having a good time. Until I noticed that he took something from a store without paying for it. So I tried to tell him that it was wrong to steal. Thinking right away of  EXODUS CHAPTER 20;15     Thou shalt not steal. My friend looked at me, and said Marshall I don't need the Bible to tell me right from wrong. So we parted ways after…

Can You Prove Jesus is God? I Am

Many people have come to my door in hopes of proving that Jesus never claimed to be God because he wasn’t God. Here are some verses that show their argument to have no merit.

"The Jews answered Him (Jesus), 'For a good work we do not stone You, but for…

What is Intercessory Prayer?

What is Intercessory Prayer?

Intercessory prayer is the act of praying for other people. The Lord instructed us to pray not only for our own personal needs but to reach out and pray for others as well. We find an example of this…

Be blessed all God's children and know he is with you all. Amen

As we begin the day ahead of us. In are time with God the father this morning. We already know he has given us the victory. We praise him for calling us to be his children. We know it is by his grace we are saved. By the blood of his son Jesus Christ. We that confess Jesus to the world. As the son of God that lived, and died, and rose from the dead. As every day we confess this truth to the world around us. We stand in prayer for those around us. we fulfill the…

Big Brother Is Watching I Hope!

I have been hearing so much in the news big brother government is watching every thing I put online. I sure hope this is true. Because in my case I am always sharing the word of God, and telling people about Jesus the son of God. So at lest I know if they are watching. Someone is witnessing to them the love of God  daily.