A Most Criminal Cause of Poverty!!

"Much food is in the fallow ground of the poor, and for lack of justice there is waste." (Proverbs 13:23, NKJ)

One of the most criminal causes for poverty is exploitation! I received a letter from a friend who's been doing missionary work in Africa. He recently visited Tanzania. I was shocked when I learned this that he wrote:

"Tanzania, listed as one of the poorest countries in the world, may well be in dollars per capita, but in vegetation, produce, water, gold… Continue

There is much good to be found in the recession, if you look in the right places. Our consumer society and economy had overheated as Americans and citizens of other developed countries craved more and more consumer goods--material objects that are purchased, used, and are eventually relegated to storage or a landfill. The hunger for an increasing amount of consumer goods led many to live beyond--well beyond--their means, often using expensive credit--money… Continue

My Ponderings about Wealth and Poverty.

I've been pondering about wealth and poverty. I seem to do that a lot.

The Bible says that they have ONE thing in common... Ask God To Explain It

Do you ask God for answers to all your questions? Maybe you are one of a large number who suppress some of their questions, hoping that God won't notice they are wondering. This might happen to you when you have a question about the meaning of a scripture. Often, people think that God expects them to simply understand what is written since, after all, they are a child of God; therefore, they should not have trouble making sense of His Holy Word, right? When this happens, it's time to tell… Continue

Can you hear the party in heaven???

The angels are having a party tonight!!

Our prodigal niece has come home!!!

She left a few months ago. She didn't want to have anything to do with us or God anymore. But guess what???

He had other ideas!! He is like a hound dog!! He hounded her. He wouldn't give her any peace. And, when she was stoned, she'd hear Him talking to her... "K, come back to Me!!" This happened every time she got stoned. 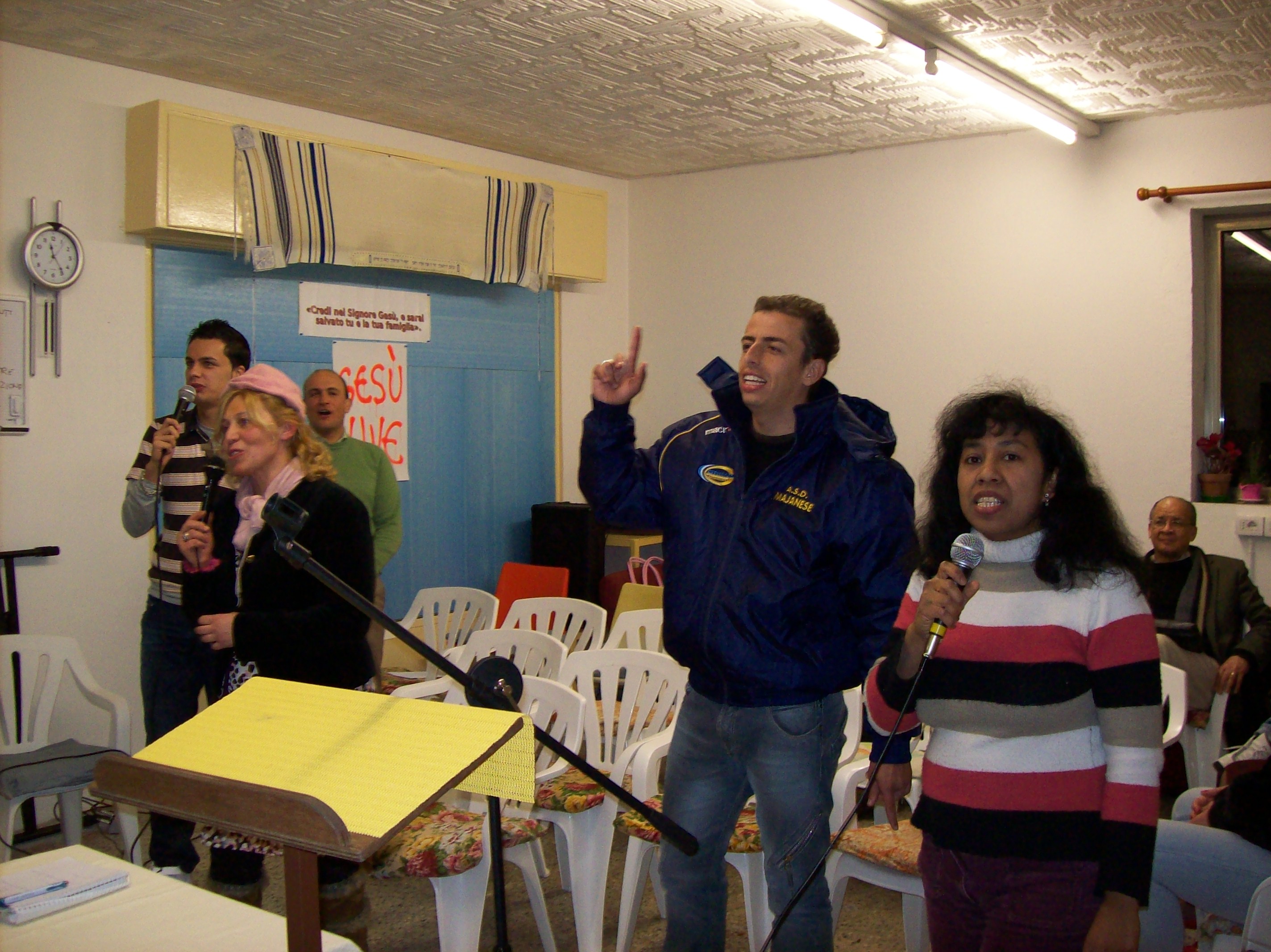 WORD OF THE DAY

When you internally create a need of self worth, then you will no longer have the need to delay the good things in life.

Hello everyone: God is love! He gave everything He had just for us! He taught us how to truly love and he still leaves us an option to either love Him back or not. But He still loves us no matter what we choose. I chose to love Him and give to Him everything of mine for His divine purposes that others may see Christ in me! Surrender is the most wonderful, freeing experience in the world! May God bless all of you and may you experience all the love God freely gives to you! In His Love and Care,… Continue

How I Study a Bible Passage (2)

The FIRST step is DISSECTING (as I showed in the previous post).

The SECOND step is UNDERSTANDING what is writen.

These are the things I look at and ask, in no particular order:

** THE CONTEXT - What comes before and what comes after?
** CROSS REFERENCES - What do other parts of the Bible say about this? The Bible is a progressive book of God's revelation, so the later revelations generally come later in the… Continue

SIM ' s stimulating Vision
"the LORD answered me, and said, Write the vision, and make it plain upon tables, that he may run that readeth it (Habakkuk 2:2).

SIM, an Indian NGO with Global Vision for the lost humanity, has been spearheaded(as a movement) by a team of young committed Christians with diverse Socio-Economic-Religious and cultural backgrounds.

It has been registered with the Government of (A.P)India.

SIM has articulated its powerful and… Continue

How I Study a Bible Passage (1)

I feel this may be of benefit to someone, to help you study and understand a passage of Scripture. I want to share here how I do it.

The FIRST thing I do after reading the passage is to dissect it into manageable parts, so I can find out what the passage is really saying. I was asked to look at Deut 6, so I'm using this as an example. (The text is NKJ):

Why do believers suffer?

Why is there suffering in the world and why do we as Christians suffer.

If there is a God of love why does He allow suffering, especially to those He loves?

We live in a world from the…
Continue

At our Tuesday night Bible study, we'd been studying Hebrews. We've just come to the end and finished chapter 13 a couple of weeks ago. It only took us just under two years. (You can't rush these things!!) :-)

Anyhow, rewind eight chapters back!! We were looking at chapter 5 and talking about the priesthood.

When I think of a priest, I'd think of someone dressed in… Continue

Words for the Weary!

(Posted last July on one of my other blogs...)

Here are some thoughts from the Bible on "Yokes and Burdens" ...

Firstly, some words from Jesus:


"At that time Jesus answered and said, “I thank You, Father, Lord of heaven and earth, that You have hidden these things from the wise and prudent and have revealed them to babes. Even so, Father, for so it seemed good in Your sight. All things have been delivered to Me by My…

Galatians 6:7
Do not be deceived: God cannot be mocked. A man reaps what he sows. NIV

There’s a warning against deceiving ourselves, imagining that we can sow one thing in life and reap something different, imagining that we can get away with things that God won’t see, that we won’t be caught up with the consequences of our actions. The Bible warns us this isn’t so. God cannot be mocked. A man reaps what he sows.
We know this is true in the natural realm. We… Continue

In Luke chapter fifteen we find a story that Jesus told that we call, “The Prodigal Son.” The story is a very moving story about a wayward son and how he came to his senses and returned home to his father.

I want to discuss the process of him returning to his father.

In verse eleven Jesus said, "A man had two sons.” he went on to say that the younger of the two sons wanted his share of the… Continue

You might be very surprised to know that the word, wait in the above verse means something very different from our English word , wait.