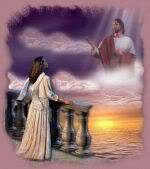 Lets give thanks for All About God.net

I'm passionate about...
"What other nation is so great as to have their gods near them the way the Lord our God is near us whenever we pray to him?" Deuteronomy 4:7

Other stuff about me:
"For the Lord your God is a merciful God; he will not abandon or destroy you or forget the covenant with your forefathers which he confirmed to them by oath."
Deuteronomy 4:29 & 31

I am a recovered cocaine addict. I have been clean for one year and 2weeks. I was delivered from many things at the same time. I suffered lifelong depression, generational sin, drug addictions, sexual immorality, un-forgiveness, rejection and more. I started using drugs at 13, and stopped smoking marijuana 1 1/2 yrs. ago. I suffered w/major depression and by the age of 30, I had 3 suicide attempts. When I became a cocaine addict, this made my depression more severe. I was depressed and used drugs to "escape"; all It did was make me MORE DEPRESSED. Cocaine isolated me from my family; it aided in a nervous breakdown, and also lowered my immune system to where I have had pneumonia twice in 4years. It also caused me skin problems, minor hair loss, and tooth loss. I've had 2 teeth pulled in a 6month period. I was severely depressed for 6months. Not bathing, cleaning, eating, working ect...I just locked myself in my room and did cocaine.

During my 5th year of addiction, I came under severe demonic captivity. The enemy had already had me in chains w/the above mentioned. Now he tightened the noose, literally around my neck, and tried to possess me, and take over my home, and my family. I HAD KNOWN CHRIST AT 19. I became saved, and was even baptized. But after an abusive first marriage, and many other problems in my childhood, I turned my back on the Lord. I became bitter and angry. Vile and foul; living in captivity to the enemy, believing in an un-Godly belief system.

Eventually the enemy started to manifest to me in many different ways, and it ended up w/me literally giving my soul to the devil. I was involved in demonic sex, and was living in complete and utter fear. You have no idea what it's like to be in captivity to something you CANNOT SEE! To have something literally "touch" your body that you can't SEE, IS FEAR. And of course, we know the enemy IS the author of fear. God does not give this to his beloved.

The incident started at 10pm on March 6, 2009, as I was telling our 17yr. old son and my husband what I had been experiencing. For 9.5hours, until 7:30am the enemy fought w/them for control of me. At this time our son sped out of the driveway in search of GOD. He had no license, but took a bible
w/him. He knocked on 6 church doors. Finally, he had come on one, that
had just been done w/their daily a.m. prayer. He came home w/in 30mins., w/a pastor we had never met, and 3 of his church members. They prayed and sang and recited the words of God over me for almost 2hours. I suffered a swelled right hand, scratches, a 3in bruise on my upper arm, and my whole body was in utter exhaustion; I ached all over. I could not believe what I went through; to tell non-believers, they would have me committed thinking I was crazy, or making it up. But alas, after the saints had left, an hour and a half later, the enemy returned. I had taken a bath and started lying down (I had not slept in 26hrs), when It attempted to take control of my body again.

THIS time they called the pastor and took me to their church. He met us there, along w/2 different male members. I was again, going through an exorcism. This one lasted 2.5hours. I was anointed w/oil. Thus, then enemy had left me; but only on the INSIDE. He was still around me, even more so, because now I had turned my back on him, and turned to Christ. He fought like heck to get me back, for the next two months. I had gone through deliverance ministry, and finally, they blessed our home. That's when the physical attacks stopped. Now, don't get me wrong; the enemy is still nearby. For he is always sneeking around us. He tries to get at me til this very day. But NOW I HAVE THE LORD IN MY HEART; I HAVE THE STRENGTH OF MY LORD AND SAVIOR...and he will never have me captive like that again.

The Lord took my depression away. He took the severe emptiness that made a gaping hole in my chest away. He said to me, "You are healed from depression. You will hurt no more!" To this day, I have never felt that ache again. He closed the gape, filling it w/LOVE. He is the best thing that's ever happened to me. He has given me more love than ANY HUMAN EVER COULD.

I will always tell of what my Father brought me through, delivered and healed me from. I will confess always that He is my Lord and King; the Love of My Life! He has done WAY MORE than this, but this is the most definitive that makes me truly, and honored to live as, the DAUGHTER OF GOD.

Heavenly Father I come before you in prayer daily for my sister in Christ; for she is under demonic attack.

Heavenly Father, we thank you for the promises of your word, and claim your promises during this time of satanic attack. We specifically acknowledge your promise that the gates of hell shall not prevail against your people, the Church. We thank you for the equipment and weapons you have given to my sister to fight against the enemy. thank you for your armor, and for the sword of… Continue 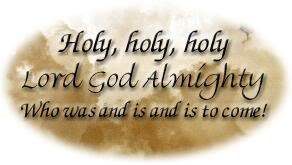 "Since the children have flesh and blood, he too shared in their humanity so that by his death he might destroy him who holds the power of death---that is, the devil--and free those who all their lives were held in slavery by their fear of death. For surely it is not…
Continue "Therefore, prepare your minds for action; be self controlled; set your hop fully on the grace to be given you when Jesus Christ is revealed. As obedient children, do not conform to the evil desires you had when you lived in ignorance. But just as he who called you is holy, so be holy in all you do; for it is written: "Be holy, because I am holy." "
1 Peter 1:13-16

"But you are a chosen people, a royal priesthood, a holy nation, a people belonging to God, that you may declare the… Continue

I light these candles in prayer to you today for people who are in desperate need of prayer. May you pour out your grace, healing, strength, comfort and love upon them all. Give them peace that ONLY YOU can give. AMEN.

Red Ribbon
PLEASE KEEP ON PRAYING FOR THE UNSAVED AND SINNING ONES ALL OVER THE WORLD BECAUSE JESUS IS COMING SOONEST. JBY
From the Gift Store