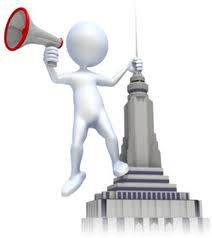 I recently had the opportunity of speaking on behalf of an employee of a company I consult for , who was at the verge of being sacked. Unknown to him, his termination was being discussed. He apparently had his many strength,but unfortunately he also had a weakness which was becoming increasingly unacceptable. It was almost concluded; he was to be sacked! However I was able to put forward a case for him and gratefully, it was accepted.

As  I drove home that night, I meditated on that incident and wondered what would have happened if there was no one speaking and appealing on behalf of the employee in question. And instantly, my mind flashed back to Vashti in the Bible. Remember Vashti? She was a Queen; the first wife of Ahaserus , the king  of  the Persian Kingdom  who later took Esther as Queen after Vashti was deposed.(Read Esther chapter 1).

What was Vashti’s offence, why was she deposed?  The king had been feasting and when his heart was merry with wine, he felt it was time to show up his beautiful Queen but for some reason known to her, she decided not to come out. Yes it must have been a huge offence but below is what broke the camel’s back in her case.

16And Memucan answered before the king and the princes: “Queen Vashti has not only wronged the king, but also all the princes, and all the people who are in all the provinces of King Ahasuerus.

19If it pleases the king, let a royal decree go out from him, and let it be recorded in the laws of the Persians and the Medes, so that it will not be altered, that Vashti shall come no more before King Ahasuerus; and let the king give her royal position to another who is better than she( Esther 1:16, 19)

In life, at strategic locations and places; we need people who would speak in our favour and recommend us. Let’s not forget that David was recommended before Saul at the palace. As time went on, Jonathan his friend must have spoken well of him at the palace too. Joseph had someone speaking for him at the palace and that was why Pharaoh quickly sent for him. Daniel and his friends, one way or the other were mentioned before the king. Mephibosheth, Saul’s grandson was mentioned before King David and forever, his life never remained the same.

God is the Master Connector; He places people in our lives who would speak something positive about us to the boss, at the interview panel, in church and wherever. May we not miss these destiny helpers. May our helpers not be helpless or absent where and when they should be speaking for us. Vashti vanished into obscurity, because no one was speaking up for her. But didn't she have children, how  come we never heard anything whatsoever about her or her posterity? Whenever you have the opportunity, please speak up for someone who needs it. You may be preserving an entire generation! Speak for the oppressed, the afflicted, the orphans, the destitute, the needy. Sometimes speaking for them entailing giving to them!

Above all, it is comforting to know that Jesus is forever speaking for us at the palace of the Almighty King! The One who died for us—who was raised to life for us!—is in the presence of God at this very moment sticking up for us! Romans 8:35( Message version)