Things to Pen down from Peninnah

The story of Hannah in the bible is one we are all familiar with. Hannah was married to a very devoted husband, who was a polygamist and in spite of having children from one wife and no child at all from the other, did not mistreat the barren wife for that reason.

Now there was a certain man of Ramathaim Zophim, of themountains of Ephraim, and his name was Elkanah the son of Jeroham, the son of Elihu, the son of Tohu, the son of Zuph,an Ephraimite. 2And he had two wives: the name of one wasHannah, and the name of the other Peninnah. Peninnah had children, but Hannah had no children.

Nowadays, a lot of men are not so supportive of their wives especially when she is delayed in having the fruit of the woman. It’s sad to see men joining forces with their family members to mount pressure on such a woman and in some cases; another woman is brought to the house as a wife. I used to think it happened only in home videos, but there are a lot of true life stories that portray this anomaly.

Peninnah was already blessed with children, but instead of empathizing with Hannah, she chose to make her life miserable.  She had a proud look and proud words came out of her mouth as well.The bible in 1st Samuel 1: 6 says that Hannah’s rival (Peninnah) “provoked her severely, to make her miserable”. There are loads of instances of people provoking others to make them miserable.  It’s an act of wickedness out there nowadays which is not limited to only family settings. We see colleagues envying and back stabbing colleagues in order to get the person’s position or in order to rise through the ladder. We see a friend painting another friend bad so as to be in the good books of another friend. We see even siblings warring against each other for no just cause. The devil is at the root of all of these no doubt! 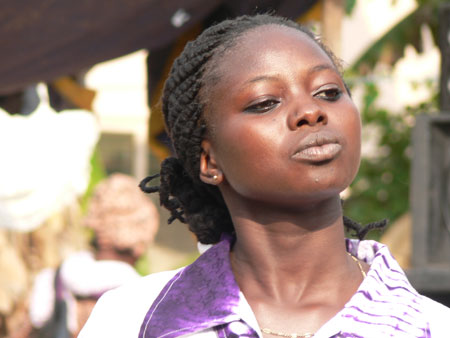 Peninnah can be likened to a modern day man or woman who’s got so much of possessions and cruelly treats those who don’t have as much as he or she does. A Peninnah will look down at you at the slightest opportunity, just because you have a need or you don’t seem to measure as much as they do in the society. They just delight in provoking people sorely, for no good reason. Even if there’s a good reason to get back at your neighbor for a wrongdoing, it's best left in God’s hands to handle.

A Peninnah is a proud person who has no authority or regard for those who are ahead of her and could talk to anyone rudely .The bible listed Hannah as first and  Peninnah as the second wife and most likely Hannah was the older wife; in terms of age and even in marriage. It was apparent Elkanah loved Hannah and if Peninnah regarded him, should she not have shown some amount of respect for Hannah as well? Maybe Elkannah bowed to pressure at some point to marry another wife since his first wife was not bearing children; might have been a difficult one for him but he was devoted and committed to her; never maltreating Hannah for a single day.

1st Samuel 1:19-Then they rose early in the morning and worshiped before the Lord, and returned and came to their house at Ramah. And Elkanah knew Hannah his wife, and the Lord remembered her.20So it came to pass in the process of time that Hannah conceived and bore a son, and called his name Samuel,saying, “Because I have asked for him from the Lord.”

God is never far away from the weak, the vulnerable and helpless. It won’t be long before he justifies the needy, the poor and sets them on high to ride with princes. He is the One who shuts the mouths of the Peninnahs and puts a song in the mouths of the Hannahs of life.  Peninnah’s name was mentioned expressly three times and referred to, two times all in five (5) verses in 1st Samuel and thereafter, we never heard about her again. It looked like she was having the upper hand, the final say with her many sons and daughters but not even a single name was mentioned amongst her children as becoming anything great, neither was anything heard about them again.

Hannah waited for years before she bore a promise child; the great prophet of all times who brought about a revolution to Israel-Samuel and her wait would be eternally celebrated. It seemed God was coming late, but He came big. The truth is God never makes mistakes. There was a need for him to send a prophet into the world, and there was a woman who was willing to give up a child God gave her unto Him for His use; talk of an equilibrium point between Demand and Supply!

God heard her heartfelt prayer, granted her desires and gave her 5 more children after Samuel. I stand to be corrected, but I think one of the reasons why we never heard about Peninnah was because she must packed away from her husband’s house in shame. But Samuel ministered before the Lord, even as a child,wearing a linen ephod. 19Moreover his mother used to make him a little robe, and bring it to him year by year when shecame up with her husband to offer the yearly sacrifice. 20And Eli would bless Elkanah and his wife, and say, “The Lord give you descendants from this woman for the loan that was given to the Lord.” Then they would go to their own home.

In chapter one, Elkanah was always going to Shiloh with his "family"  but as time went on, year by year, we see only Hannah coming up with her husband to offer the yearly sacrifice. Where was Peninah! As long as she was on the face of the earth and lived in Israel in those days, she must have gotten to know how influential Samuel was, how powerfully God was using him and how proud Hannah must have been. She must have been ashamed of those years in which she humiliated Hannah and she probably might have  wallowed in shame and died in obscurity.

You may be in a position of influence right now, all may be going well, and you may have a lot of people under you. Keep it real, remain sane, remain under the shadow of the Almighty, and give all the glory to Him. God changes times and seasons, He resists the proud but always, He will grace to the humble!

With God in the picture of our lives, stories end well; in favour of those who seek and hold on to Him!