Enter the dragon; that serpent of old who seeks his own kingdom by toppling God’s into chaos and anarchy as stated; “I (Lucifer) will ascend into heaven, I will exalt my throne above the stars of God:” - Is. 14:13. The stage was set thousands of years ago and according to the prophets is about to climax with the pending return of the King as stated; “And I saw Heaven opened 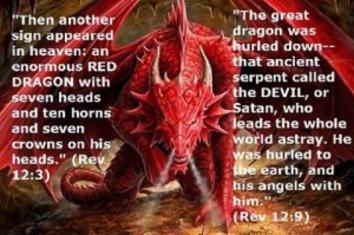