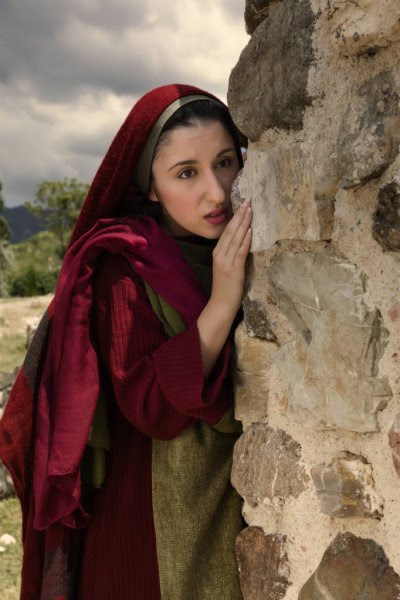 A bad rap? I believe so.
Listen to this podcast here:  https://www.pastorwoman.net/podcast/episode/2971e4a5/a-bad-rap-i-be...
Click to read John 20.1-9: http://www.biblegateway.com/passage/?search=John%2020.1-9&versi...
It is a familiar scene in most of our minds… a woman approaching the rough-hewn cavelike tomb very early in the morning, while it is not fully daylight.  (You can picture it with me, right?  There are still many burial sites and tombs in and around Jerusalem that date back to the time of Christ and earlier.1) It was the middle-eastern custom to visit the loved one’s tomb for at least three days, believing that the spirit of the dead person stayed close to the tomb for that long.  In the case of Jesus, he had been placed in the tomb on Friday, so Sabbath-keeping Jews would certainly not have made the trek on Saturday, because doing so would mean breaking the law.  Mary Magdalene dearly loved Jesus and made her way to his tomb very early Sunday morning, as John records in his gospel, the first Easter. The Greek word for ‘early’ indicates that it was between 3 am and 6 am.2 “Early on Sunday morning, while it was still dark, Mary Magdalene came to the tomb and found that the stone had been rolled away from the entrance.” John 20.1
Who was Mary Magdalene?  The besmirched, greatly embellished, impressions of Mary Magdalene from popular fiction including The DaVinci Code and even the musical “Jesus Christ Superstar” from the 1970s have done great harm to the real Mary Magdalene, devoted follower of Jesus Christ.  Perhaps the recent Mary portrayed in television’s “A.D.” will help to right that wrong.
So who was she?  First, Magdalene was not her surname; no, she came from a fishing village called Migdal3, which was later called Magdala on the Sea of Galilee. [I really love that site - still a live excavation on the western shore!] In Luke’s gospel4, Mary supported Jesus’ ministry, though early on, Jesus had cast seven demons out of her.  No wonder she loved Jesus as she did!  Demon possessed individuals experience constant torment, no rest—physical or mental, and usually experience profuse sweating.  Jesus healed her of her torment, and gave her peace.
You know, Paul warned Christ-followers about deception in several of his writings, such as in Colossians 2.4 – “Now this I say lest anyone should deceive you with persuasive words.”  How sad it is that Mary Magdalene’s image has been so altered by popular culture that she really bears no resemblance to the passionate woman of God that she really was, who Scripture describes!  She has been cast as a voluptuous beauty, a temptress, the wife of Jesus (what?!), when really she was an important historical figure and a sold-out disciple of Jesus Christ, Son of God—a true believer.  And in fact, she was so honored by God that she was the first person to know that Jesus rose from the grave!  Mary Magdalene was last at the cross, first to the tomb, and the first to know that the tomb was empty.
Think of it:
>To Mary Magdalene it was first revealed that Jesus Christ had defeated the grave; he rose from the dead.
>Then the resurrected Lord chose to reveal himself FIRST to Mary Magdalene; yes, she was the first person to whom Jesus spoke.
Oh, this is good, this is powerful … and it is exciting.  Besides being another example of how Jesus destroyed the cultural mores of his day by his treatment of women, it shows how Jesus sees the good in us. Consider how much he loved Mary Magdalene, a formerly demon-possessed woman, that he would appear to her first!  We must not be deceived by either watered-down or adulterated gospel accounts.
I look forward to meeting you one day, Mary Magdalene, devoted believer and follower of Jesus Christ our Lord.
“Lord, thank you for how you take us, clean us up and set us free, and then----if we will follow you, you will use us in your work---just like you did Mary Magdalene.  Clean me up, set me free, use me, Lord.  Amen.”
Check out these lyrics: Canvas and Clay, http://www.youtube.com/watch?v=60Worx9FAM8
Christine
PastorWoman.com
1)   www.Jewishvirtualliibrary.org
2) William Barclay, Daily Study Bible-John, Volume Two
3) “Mary Magdalene’s Modern Makeover” by James Patrick Holding
4) Luke 8:1-3
5) Colossians 2.4