Acts 19.21-41 Afterward Paul felt compelled by the Spirit to go over to Macedonia and Achaia before going to Jerusalem. “And after that,” he said, “I must go on to Rome!” He sent his two assistants, Timothy and Erastus, ahead to Macedonia while he stayed awhile longer in the province of Asia. About that time, serious trouble developed in Ephesus concerning the Way. It began with Demetrius, a silversmith who had a large business manufacturing silver shrines of the Greek goddess Artemis. He kept… Continue


Here is a inspirational artistic video from Youth on the Rock at the Bucyrus Free Will Baptist Church. No matter what we excel in, if we can use our talents for the goodness of the Lord Jesus Christ, than our blessings will be many. Painting by Youth on the Rock Leader Juan Camacho Jr.
Song Performed by Sanctus Real. Feel Free to comment on this video. Please check out our other video posts. God… Continue 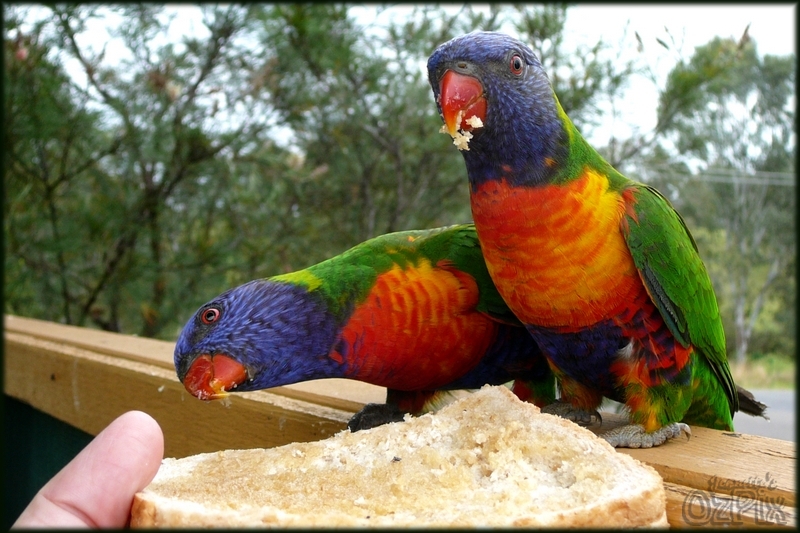 Praise the Lord for this new day!! His mercies are new every morning. Ahhhh!! We can start again, leaving yesterday's hassles behind, and tackle the things that bothered us then with a new vigour and a fresh mind. Thank the Lord for a refreshing sleep.

And as I sit with Lord on our front verandah, enjoying my morning cuppa, I marvel in this day. For us it is the first of spring. As I soak up the warmth of the morning sun, I also soak… Continue

Half-way through the day
With so much left undone;
I’m tired and I’m tempted
To quit what I’ve begun.
Bowed ‘neath expectations
Of what I ought to be..
Falling short again, I feel
Like I’ve run out of me.

Oh, Lord, please be my strength
When I cannot go on.
Battles I cannot fight
You have already won.
My legs are too weary
Another hill to climb..
At the end of my strength
Almighty Lord, be… Continue

Down But Not Out!

I have been going through a period of depression and despair, especially this past weekend. I wasn't sure what the problem was. I took some antidepressants but that didn't seem to work. I have been really tired but unable to get a full night's sleep.

I am scheduled for a complete physical on Thursday. At almost 56 years of age I am sure some of my parts aren't working as well as they used to. I can certainly feel the difference. And I have gained weight like never before. So, I guess… Continue

WHOSE HEART HAVE YOU BROKEN BY YOUR WORDS?

"Hard words indeed break no bones, but many a heart has been broken by them." - Matthew Henry

We live in a world filled with reckless words - cutting, killing, careless, and irresponsible words which are spoken rashly, quickly, hastily, inadvisably, or indiscreetly. The result? There are many broken people who are seeking desperately to function in everyday life and yet cannot seem to move ahead. They look around at others and wonder - What makes me so different? What is holding me… Continue

I new this is my story hope it helps

well I did not grow up a christan an fare form it it been a long road and started when I was about 16 years old I started drinking and doing drugs I grow up in a drug home now dont get me wrong I had a great child hood got everthing I wanted parents bot all my cars for me ect... but on my road of drinking and druging I got addicted started to party with my frends at first I was the life of the party, and they wanted me to alawys go , then as time went they still took me to them but they always… Continue

RESTORING THE ROMANCE IN MIRRAGE

Most were able to view many hours of the Senator Edward M. Kennedy Funeral events this past week. There were some very human and touching moments as different family members shared their recollections and vignettes of the many happy experiences they shared together.

Pursuing The One True God

We pursue God because we are pursued by Him. We aren’t thrown to the wind by Him to see if we can find out way Home alone. He pursues us. He draws us. Even as we seek Him, He is the One in control.

Jesus says that no one comes to Him unless the Father draws him. Each step of the way, each time I wistfully looked farther down the road hungering for a Reality that I was so sure of and yet so unclear about, He was there guiding me, drawing me, pursuing me in my pursuit of… Continue

For as long as I can remember, the calling of our Father has been upon mine, and my wifes heart. Four years ago the Lord moved, and led us to start establishing His Ministry. It was to be, and is a ministry annointed by our Father to unite His church, and to bring His children home. After much planning and in our Father's timing, approximately one year ago, Forthknight Ministries was physically established. However, I write to you not to expound on the… Continue

Psalms 30:11-12 Thou hast turned for me my mourning into dancing: thou hast put off my sackcloth, and girded me with gladness; To the end that my glory may sing praise to thee, and not be silent. O LORD my God, I will give thanks unto thee for ever.


This is one of my favorite promises in the Bible – that God turns mourning into dancing! He takes away the anguish of being clothed in sadness and replaces it with gladness. However, notice what God doesn’t do – simply stop your… Continue

My children hear my voice ,repent for the time is now for you to come out and worship me in spirit and truth. The time is now to stop following after other gods, for I AM THAT I AM and I will not share my glory with no man. Do not focus on what man is doing but on what you have been told to do. Come out from among them and be ye separate for I have called and chosen you for this time. My coming is soon and the harvest is ready. Yes, you must pray and uplift each other, but you must call and… Continue

God never changes, and the way in which He interacts and relates with us never changes. Instead, the influence the world has on the church lends us to perceive that various trends in mainstream Christianity are somehow acceptable or supposedly reflect the heart and intent of God.

But if we have not understood God as God, as Who He in fact is, then we will never apprehend the ultimate purposes and callings for the church. We will… Continue

GET A GRIP ON YOUR MIND FOR WHAT'S AHEAD!

"Whoever or whatever controls a person's mind ultimately has the power to dictate the affairs and outcome of that person's life. Thus, if a person allows his mind to be doused with panic or fear, he is putting fear in charge of his life. Because Paul wanted his readers to remain in peace regardless of the tumultuous events that transpired around them, he urged them not to allow fear from these shocking and distressful events to penetrate their minds, will, and emotions." - Rick… Continue

We all know Jesus was a man who walked among us.
But he claimed to be God…most didn’t believe him.
When it was time to do what no one but God could do, He went to the garden to pray, to
Ask perchance if there was another way…(matthew 26:36)
But as He knelt in the garden; He saw you there!
As He dreamed of the day when we will be where He is; He saw you there!
He couldn’t back down; because He saw you… Continue

Knowing The One True God

I grew up with a false view of God. I ended up drawing all over the page in my quest to understand Who God is and what He demands before I found my straight line. As a teenager, I pursued the “God” that I had grown up with. I was desperately afraid of this “God”. He was big and scary and seemed to be ready to “whap” me at the first misstep. I found it easier to hide myself away in music or books rather than learn about him. As a result, although I knew a lot of Scripture, I was spiritually a… Continue

John 13: 34,35
"A new commandment I give to you, that you love one another; as I have loved you, that you also love one another"
"By this all will know that you are My disciples, if you have love for one another."
Kingdom Dynamics : Love the testing of dicipleship:(Spirit filled life Bible p1601)
That Christ would command us to love indicates that love in not just a feeling or a preference. It is what one does and how he relates to others: a decision, a commitment, or a way… Continue

The Fourth Chapter
PRUDENCE IN ACTION

DO NOT yield to every impulse and suggestion but consider things carefully and patiently in the light of God's will. For very often, sad to say, we are so weak that we believe and speak evil of others rather than good. Perfect men, however, do not readily believe every talebearer, because they know that human frailty is prone to evil and is likely to appear in speech.…

The wrath of God is not for you

God will never direct His wrath at you.

That statement may shock you. You may be thinking, “Then why do I hear preachers harping about judgment and God’s wrath on America’s sin?” Well, they’re wrong. The Word of God says that Jesus Christ took God’s wrath for all sins for all people who have ever lived or will live upon Himself. Specifically, the Bible says, But God demonstrates His love toward us, in that while we were still sinners, Christ died for us. Much more then, having now… Continue