When teenagers ask, we must answer. Do you want more? #4
Listen to this podcasthere:  https://www.pastorwoman.net/podcast/episode/1fa935fc/when-teenagers...
I had not asked for the job, but I knew when it became mine. Here’s how it happened - well, part one.
Dylan’s first soccer coach, Brian, who became a friend, called and asked if I could baptize his son, Bret, then 15 years old. I told him I would be happy to do that, but this was no longer his decision to make--it was Bret’s.
Bret and I met at Starbucks to talk about this big decision... was it his choosing? And why, after all, did he want to be baptized? After just a little discussion, I learned that Bret got it. He knew that an outward act such as water baptism was because of an inward decision he had made--his decision.
Now right here, faces come to mind: a woman I met at a car dealership, an artist I met in Charleston, a car rental customer service person in Phoenix, a cab driver, and so many more... Among them, some wonder ‘What decision did Bret make?’ Well, Bret went to church with a friend, and this is what he learned:
-there is a God who loves him
-that God wants to have a relationship with him
-that same God made a way for that to happen by giving us his Son, Jesus
-Jesus died on the cross to pay for sins he did not commit himself
-and as difficult as it is to comprehend, because Jesus did that . . . if we believe in
him and follow him
-we become his children---forever!
. . . and Bret believed it.
I explained that the reason for baptism was obedience to some of Jesus’ last words:
go and make disciples of all nations, baptizing them in the name of the Father and of the Son and of the Holy Spirit,  and teaching them to obey everything I have commanded you. And surely I am with you always, to the very end of the age.1
Friends, a disciple of Jesus Christ is meant to be baptized, just as Jesus was baptized by John in the Jordan River.2 Obedience. Baptism symbolizes that just as we are raised to new life, as we come out of the water, so too Jesus coming up out of water represented his triumph over death as he was resurrected!
Baptism is beautiful, and of course it is different from infant baptism - a time when parents commit to raising their baby in the ways of the Lord. It is really memorable to be baptized in the Jordan, just as Jesus was himself. [pictured below - in the same area where Jesus was baptized just out of the town of Jericho. On the other side of that rope lying in the water is the country of Jordan]. For all who asked, more Israel-February 2023 information will be sent out very soon, including next steps.
But back to Bret and the process of becoming a Christian. . .
There is God’s part and there is our part, our response.
I love how Paul describes it:
God saved you by his grace when you believed.
And you can’t take credit for this;
it is a gift from God.
Salvation is not a reward for the good things we have done,
so none of us can boast about it.
For we are God’s masterpiece.
He has created us anew in Christ Jesus,
so we can do the good things he planned for us long ago.
Ephesians 2.8-10, NLT
Bret was seeking. So many young people are lost, looking for something to fill the void . . . but what? The fact is the world has nothing like this to offer a teen-ager or an adult for that matter. Our culture is screaming for truth, meaning and purpose - here it is! His name is Jesus Christ--Son of God, and interestingly enough, a historical figure.
If you want more of the presence of God in your life, choose to follow him; second, choose to obey him and be baptized.
When teenagers ask, we must answer.
Next up, more on the job I did not ask for!
Filled with gratitude,
Christine
PastorWoman.net
Amazing song: Where You Go I Go: http://www.youtube.com/watch?v=c2U3PU-E32E
1 - Matthew 28.19-20
2 - Matthew 3.13 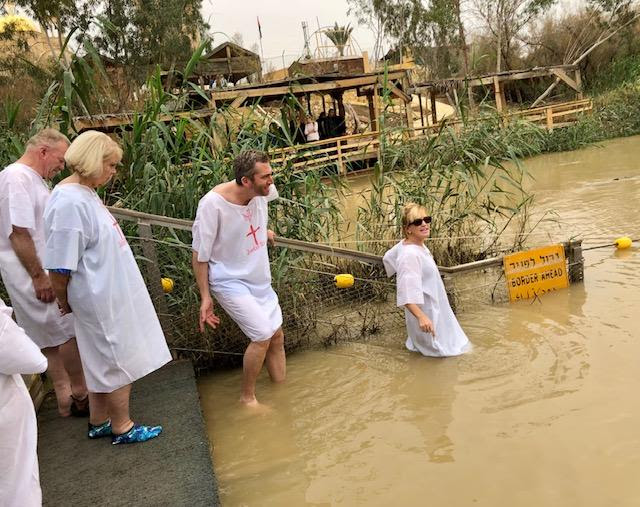