Good Morning!
It was twelve years ago, but it seems like it was yesterday.  Surreal?  For sure.   I just recall blindly stumbling onto an airplane to fly to Northern California to conduct the funeral of my dear mother.  I did an admirable job, but could not turn and look at her as others filed by her open casket in the beautiful little chapel in Piedmont.  Of course I could not look, or I could not maintain any kind of composure.  However, once at her graveside, all decorum went out the window, because I demanded the attendant open her sealed casket so I could kiss her goodbye.
And ... I had no delusions ... I knew it was 'good bye' until I saw her again in Heaven.
Jesus' Roman-sealed tomb was empty, his linen grave clothes folded and still.
The soldiers were busy trying to make up stories about what had happened.   At all costs, they had to produce the body of Jesus; their lives were on the line.
Oh, there have been stories.  There was the ever popular Swoon Theory-Jesus had not really died, he had just passed out... Then there was the Someone Stole the Body theory-which could only have been done by bribing the soldiers; that didn't happen.   There have been  other preposterous notions that could not/have never been corroborated.   In the end, it comes back to the fact that Jesus did what he said he was going to do.  Matthew records "Jesus began to explain to his disciples that he must go to Jerusalem and suffer many things at the hands of the elders, the chief priests and the teachers of the law, and that he must be killed and on the third day be raised to life."1
Why does Jesus' resurrection matter to you and me? Paul's statement in 1 Corinthians 15, says it all: "If Christ has not been raised, your faith is futile. . ." another translation says, "And if Christ has not been raised, our preaching is useless and so is your faith."  Why? Because the resurrection changes everything.
IF Jesus did not rise from the dead, it would have made him a liar, and nothing else he taught would have been credible;
IF he did not rise from the dead, we would not serve a living Savior and Lord, and
IF Jesus did not rise from the dead, we would not have the hope of resurrection after death ourselves to make our home with him forever.
The Christian faith would not have gone forward if Jesus had been killed, and never heard from again. The disciples would have remained hopeless, died in shame, and that would have been the end of Christianity.  Alas, it was not, and we are evidence of that. The young Jewish-Christian church started in Jerusalem, and soon spread to Mediterranean lands and beyond, which assures us that these new believers, who were enduring great persecution, saw and believed in the risen Lord.
Paul wrote the most extensive biblical treatise on the bodily resurrection of Jesus Christ, also recorded in 1 Corinthians 15 ~ I delivered to you that ... Christ died for our sins according to the Scriptures,2 and that he was buried, and that he was raised on the third day according to the Scriptures, and that he appeared to Cephas, (Peter) then to the twelve.  After that he appeared to more than five hundred brethren at one time, most of whom remain until now, but some have fallen asleep; then he appeared to James, then to all the apostles; and last of all, as to one untimely born, he appeared to me also. (Paul was an eyewitness of the resurrected Jesus on the road to Damascus). These verses formed a creed that was recited in early Christian churches, and has been dated by scholars to within two to eight years of Jesus' resurrection.
Eyewitness accounts are the most valuable evidence in any matter or event being analyzed.  Here we have 515 eyewitnesses, most of whom were still alive when this was written, who could have refuted what has been recorded about Jesus' post-resurrection appearances, but they did not.  Jesus talked, walked and ate with his disciples.
The resurrection of Jesus is the greatest symbol of hope for believers today. It means that we serve a living God!  Combined with our faith is the HOPE that there is a new world to come, and in that world, God will set the record straight. And the resurrection is one more testament that God keeps his promises . . .
Let us conclude by saying, the Resurrection is the epicenter of belief.  It is not a belief that grew up within the church; it is the belief around which the church itself grew up, and the 'given' upon which its faith was based.3
No more worryin' . . . He's alive!
No more defeatist attitudes . . . He's alive!
Let's walk in all that victory~
Christine
PastorWoman.com
1 - Matthew 12.40; 16.21
2 - Psalm 16.10
3 - C.H. Dodd 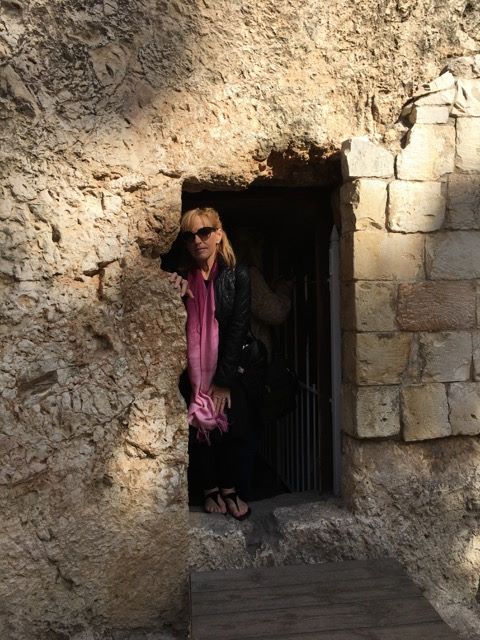