This matters to you.

This matters to you. Unpacking John chapter 3. John #10
Listen to the podcast:  https://www.pastorwoman.net/podcast/episode/24c862d2/this-matters-t...
Jesus is not only relevant, but he is totally essential to our lives.  Let’s take a look at where we are in John chapter three - a most important passage during these days of Covid-19, during these days of uncertainty.
So an old Jewish teacher goes to find the one they call Jesus . . . the one people are talking about around town -- you know, the one who recently turned water into wine at a wedding?  Captivating folks all around the Galilee with his words.
Now Nicodemus goes at night because he would probably be stripped of his high-powered position in the Sanhedrin if he was seen in the company of this rabbi from Nazareth.  But the old Pharisee takes the risk, knowing the Law and the prophets like the back of his hand and believing this just might be the long-promised Messiah.  He has to question him for himself.
Straight away, Nicodemus affirms Jesus, “We all know that God has sent you to teach us.”   What an amazing admission for Nicodemus to make to Jesus!  ‘No small thing, because this man wasn’t just a religious ruler, but also a man of great wealth; in fact, it is he, Nicodemus, who supplies about a hundred pounds of myrrh and aloe at the time of Jesus’ death, (John chapter 19).  Clearly, the fellow was quite well-to-do.
Jesus goes right to the heart of the matter with the seeker and tells him, “Unless you are born again, you cannot see the Kingdom of God.”  Jesus tells Nicodemus that he must experience a spiritual rebirth or he will not see the Kingdom of God.  The world has mocked the term ‘born again’, but when we come to know Jesus, the fact is, we really are born anew; we are different, aren’t we?  I mean, we change!  I cannot think of a more apt expression than ‘born again’.  Without this change, we will not experience the Kingdom of God.
When the disciples asked Jesus to teach them to pray, included in the prayer he taught them, was the very definition of the kingdom of God, ‘thy kingdom come’ or to say it another way, ‘thy will be done . . . like it is in heaven’.  The kingdom of God is where God’s perfect will is done—where it is lived out.
And then Jesus looks at Nicodemus and lets him know the reason God had sent him; it was not just to teach the people.  No, Jesus came to earth because of God’s great love for human beings.  Even though we had chosen to disobey him and go our own way, he still wanted to provide a way for us to be with him forever.  There was only one way and it meant someone had to pay the perfect ransom for the sins of disobedience and only one could do that.
Friends, You must not just keep reading along without thinking here—stop for a moment and realize the magnitude of what you are reading.  What Jesus was expressing to Nicodemus that night was the reason he gave up his royal robes and came to earth.  It was the reason he would suffer and the reason he would go to the cross.  It was late that night, it was emotion-filled, it was dramatic, and for Nicodemus, it was life or death.  Think of it . . .
Jesus said, For God loved the world so much that he gave his one and only Son, so that everyone who believes in him will not perish but have eternal life.  God sent his Son into the world not to judge the world, but to save the world through him.
I wonder if Jesus stopped then and looked in Nicodemus’ eyes and said, ‘There was no other way, so I said I would go.  I told my Father I was willing, Nicodemus, and I am.  Do you get that, Man?  It is my Father’s plan that all may live eternally by believing in me, but he will force it on no man.  Just like from the beginning.’   No doubt, Jesus looked long in Nicodemus’ eyes.
I bet Nicodemus did not sleep a wink that night, even more convinced that he had indeed been with the Messiah; why, he had never known another to talk like this Jesus of Nazareth. Hmmm.
‘Wanting more of God, are you?  Then grab ahold of his Son.
I mean, has it ever mattered more?  I think not.  We want and need, must indeed connect to the Lord Jesus Christ . . . and it was he who said, we must be born again.  Teach us, Lord, about you, for you are what we need.
Amen.  Yes, Amen!
Christine
PastorWoman.com 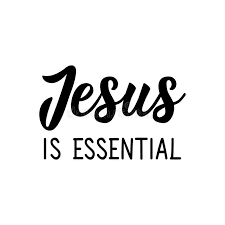