The Scandalous Side of God 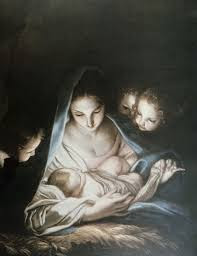 The Scandalous Side of God. Christmas, 2020
Listen to this podcast here:  https://www.pastorwoman.net/podcast/episode/339e1699/the-scandalous...
Can an all holy God also be scandalous? Aren't those terms mutually exclusive? If we look at the ancestry of Jesus Christ, there are some uh, shall we say no count, second-class folks included.
Yesterday I mentioned several memories - here is another: I grew up mostly in the Missionary Baptist church. I remember sitting next to my mother (my dad did not go), regularly looking through my Bible. I would separate the Old Testament from the New Testament, noticing of course, that the Old is much larger than the New, and that there was just a single page between them. I did not know then that single page was representative of 400 years of silence, when God did not speak.
But the first page of Matthew was a stopper. I mean, of all the ways to begin his gospel, why in the world would Matthew start with begats and begots in 17 verses of mostly unfamiliar names that are difficult to pronounce? Why start the gospel – the good news of Jesus Christ with a genealogy? Simply, the bloodline of Jesus Christ was keenly important to establish him as the long­awaited Messiah. (Realize that Messiah and Christ are the same word—Messiah in Hebrew; Christ in Greek.)
Genealogies were very important to the Jewish people. It is Matthew’s intention to prove that Jesus was not just Jewish, but Jesus was a king—the one who had been promised, the very one the people had been hearing about for hundreds of years. Jesus’ genealogy links him as a descendant of King David, and in fact, many times in the gospels, Jesus is referred to as Jesus, Son of David.
Quite intriguing is that Matthew’s gospel opens with scandal because of those he recorded in the genealogy of Jesus—he actually mentions five women! Quite curious in the first century, as women were second­ class citizens, little more than property. You must be aware that in that day, at every synagogue service, Jewish men prayed, “Blessed art thou, O Lord, who has not made me a woman.” Women sat in a separate section, were not counted in quorums and were rarely taught the Torah. In social life, few women would talk to men outside of their families and a woman was to have no close contact with any man but her spouse.1
The women included in the genealogy of Jesus Christ: Tamar ­~ Rahab ­~ Ruth ­~ Bathsheba (wife of Uriah) ­~ Mary, mother of Jesus. How strange that three of
the women were rather shameful! Tamar2 (pregnant by her father-­in­-law who she duped), Rahab, the prostitute, had hidden the spies and saved them from capture3; the wife of Uriah, (Bathsheba – with whom David committed adultery, who was the mother of Solomon)4.
Take a look: “The book of the genealogy of Jesus Christ, the Son of David, the Son of Abraham: [you may wish to scan the list, but noticed the names in color and underlined]
Abraham begot Isaac, Isaac begot Jacob, and Jacob begot Judah and his brothers. Judah begot Perez and Zerah by Tamar, Perez begot Hezron, and Hezron begot Ram. Ram begot Amminadab, Amminadab begot Nahshon, and Nahshon begot Salmon. Salmon begot Boaz by Rahab, Boaz begot Obed by Ruth, Obed begot Jesse, and Jesse begot David the king.
David the king begot Solomon by her who had been the wife of Uriah. Solomon begot Rehoboam, Rehoboam begot Abijah, and Abijah begot Asa. Asa begot Jehoshaphat, Jehoshaphat begot Joram, and Joram begot Uzziah. Uzziah begot Jotham, Jotham begot Ahaz, and Ahaz begot Hezekiah. Hezekiah begot Manasseh, Manasseh begot Amon, and Amon begot Josiah. Josiah begot Jeconiah and his brothers about the time they were carried away to Babylon.
And after they were brought to Babylon, Jeconiah begot Shealtiel, and Shealtiel begot Zerubbabel. Zerubbabel begot Abiud, Abiud begot Eliakim, and Eliakim begot Azor. Azor begot Zadok, Zadok begot Achim, and Achim begot Eliud. Eliud begot Eleazar, Eleazar begot Matthan, and Matthan begot Jacob. And Jacob begot Joseph the husband of Mary, of whom was born Jesus who is called Christ.
So all the generations from Abraham to David are fourteen generations, from David until the captivity in Babylon are fourteen generations, and from the captivity in Babylon until the Christ are fourteen generations.” Matthew 1.1­-17
Genealogy. Bloodline. Family tree. Ancestry. Generations - 14, 14, 14.
A baby foretold 700 years before by Isaiah is about to be born ~ the King of Kings, coming as an innocent baby, whose bloodline included sinful people. What is God’s purpose in placing that in the Bible? Consulting the gospel of Luke’s genealogy as well,5 I noted that Luke traced Jesus’ ancestry all the way back to Adam! Jesus' birth--well planned? From the beginning of time! Huh, I wonder as I wonder then, is it possible God can use all of us, no matter who we have been or what we have done? Without a doubt.
‘And you, Jesus? Knowing you were about to be born into this bloodline that included women of ill repute, sinners all, what did that feel like, as you were about to set aside your heavenly crown and step into mankind?’ Oh, wait just a second here-- the genealogy of Jesus Christ was prophetic as well. You see, Jesus talked with prostitutes, he dined with sinners, he touched lepers, he hung out with the ‘unclean’. The Jewish leaders and rabbis were scandalized by his behavior. Ah, you just gotta love Jesus.
Scandalous. Jesus gives new meaning to the word. What the religious leaders considered scandalous was nothing short of the grace of God ~ his grace includes all of us. Scandalous, but true.
Song: What Child is This? Darius Rucker http://www.youtube.com/watch?v=4ud2mHuNhoM
With love,
Christine
PastorWoman.com
1 ­ The Jesus I Never Knew by Philip Yancey – a must read
2 ­ Tamar and Judah: Genesis 38.12-­27 ­
3 Rahab: Joshua 2
4 David and Bathsheba: 2 Samuel 11
5 Luke: 3.23­-38