Jesus is a Difference Maker . . . even today    John #11.
. . . even with governors' announcements, even with Covid, even now.
Listen to the podcast:  https://www.pastorwoman.net/podcast/episode/1f773add/the-difference...
I can see their two beautiful young faces so clearly in my mind . . . one is dark, the other is light; one has a strong football build, the other a tall, lean volleyball build; one has grown up in a Hindu household, the other just a family who didn’t talk too much about God.  Both young men were there that cold, windy Easter day when I baptized their friend at a local beach.  Both came to Fellowship of Christian Athletes at San Clemente High School.  Actually, they didn’t miss a meeting, and even showed up at leaders’ meetings too because they wanted to fill in the blanks about Christianity.
They have heard several personal God stories and they are now ready to really entertain the question:  Who is this Jesus Christ people are talking about?  Who is Jesus Christ?  The blonde one said, ‘No, who was Jesus Christ?’  See, he wanted to hear about Jesus’ life on earth because he did not grow up hearing the stories of Jesus.
And so I sat down with pen and paper.  The question itself is a tricky one—‘Who is Jesus?’  But if you are not a believer yet, perhaps you need to start with the question, ‘Who was Jesus?’  Why would Jesus come to earth with the express purpose of dying?  Crazy at best.
Jesus of whom John wrote, “The Father loves the Son and has placed everything in his hands.  Whoever believes in the Son has eternal life, but whoever rejects the Son will not see life…” John 3.35
So, who WAS Jesus?  He was begotten, not made.  He already existed, has always been, along with God the Father and the Holy Spirit.  At the right time in history, Jesus willingly took on the flesh of a Jewish baby, born to a peasant maiden, a virgin!, from a backcountry town, Nazareth.
Jesus was born far from little Nazareth, away from Mary’s home without the help of her mother … at a time when the census workers did not go door to door, but when all had to go to the city of their lineage to register.  For Mary’s betrothed, Joseph, that meant traveling to Bethlehem because he was of the line of King David.  It was at least a three-day trip from Nazareth, at a time when Mary was close to delivering her child.
We do not know much about Jesus’ childhood though we know that Mary and Joseph knew the Messiah was growing up in their home, eating at their table.  They raised Jesus like other Jewish children, steeped in the Scriptures, the religious observances and feasts, and they equipped him in Joseph’s trade.
Jesus began his ministry at the age of 30, recruiting 12 men to work alongside; he would mature and mentor them, and one day, leave his work for them to take to the world.  The disciples looked on as Jesus taught of his Father and of the kingdom which would have no end.  They watched as Jesus broke the social mores of his day, extending himself to a Samaritan—reviled and hated by his people—to women, who were viewed as second-class citizens at best—to children, who he loved and embraced.  He offended the pious Pharisaical Jews healing on the Sabbath; he broke the laws of nature by working miracles, casting out demons and restoring sight to the blind.  Neither the Jewish teachers nor the Roman leaders could figure him out and they certainly could not contain him.  Jesus was at home with sinners and people of ill repute, dining with crooked tax collectors and loose women.  His love was attractive to all of them.
Jesus knew his strength lie in his connection with his Father so he met alone to pray, to connect and to seek direction.  He said and did only what his father had him do; he did not execute his own will, but rather his Father’s plan and purposes.
Ultimately, he allowed himself to suffer and die, without defending himself . . . for you, for me.
This is Jesus Christ - the same yesterday, today and forever.  Not toppled by the announcement of governors, not undone by Covid, not crippled in fear of the future.  That is why we can believe him and believe in him; that is why we can know his peace - ‘Come, Lord Jesus.  Come and bring us your peace.  We need you.’ Amen.
Christine
PastorWoman.com 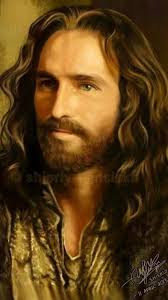