Look behind you, and BE ENCOURAGED.
~>please share this - pass on the truth of our strength as a people who trust in God!
Listen to the podcast:  https://www.pastorwoman.net/podcast/episode/1f3eb8b6/look-behind-yo...
In the last couple days, Californians got bad news resulting in church and business closures … again. Similarly, as more Covid cases were diagnosed - Texas, Arizona, the Carolinas and a few more states tightened up . . . again. Can we talk? It is next to impossible not to feel discouraged.
Here’s what we know: God is in control, he is good, he did not cause the pandemic, the economic downturn or the racial unrest--which suddenly seem to be all rolled together in a tumbleweed of bad news that makes us feel we need to bat away the dark cloud overhead.
But how do we exercise our faith in God to remain strong right now?
Making a decision to get my bearings, I thought I would share my mental machinations so that you would be encouraged along with me.
So yes, let’s talk. While we have the right to be concerned, we do well to look back and remember. I love history, though I was not a history teacher. Nonetheless, let’s take a cursory look at the last century or so; while no doubt, it was a time of great progress, let us remember some of the immense pain and loss:
--In 1901, Pres. McKinley was assassinated, the US entered World War l in 1917, pressing 4.7 million men and women into service1
--Spanish flu killed millions around the world (1918) including 675,000 Americans.2
--The Great Depression affected the world; stock market crashed in 1929
--The Dust Bowl of the 30s killed livestock and crops, contributing to the severe economic depression . . . my dad left Oklahoma for California due to it.
Let's not forget
--World War ll when the Nazis destroy much of Europe and 6 million-plus Jews were slaughtered
--Cold War - a different kind of battle with the freedom of the West was matched up against the totalitarianism of Eastern Europe, ending in 1991 with the breaking up of the Soviet Union
--There was the turbulent 60s - Civil Rights, Pres. Kennedy and MLK, Jr. assassinated, Viet Nam War. . .
Friends, in the 20th century alone, the number of Americans who died in battle were: 53,402 in World War I; 291,557 in World War II, 33,739 in the Korean War, 47,434 in Vietnam, and 219 in the Gulf War.3
-Randomly, there was the 1906 earthquake in San Francisco when an estimated 3,000 people were killed and half of the city's 400,000 residents were left homeless.
-Then there was the Titanic (1912), which killed more than 1500 . . .
-At the dawn of a new century, we faced 9-11, where we lost 2977 people and our sense of security as a nation with the launching of terrorist attacks worldwide.
Now with all of that stated (and many things not listed), people kept on going. SO WE MUST.
Here’s the reason: we are not a people without hope.
Let’s tap our helmets for a minute and assess where we are - if you are reading this (or listening to it) you probably:
--slept in a bed last night
--in freedom
--without war in your street
--had food to eat, water to drink, and clothes to wear.
And most importantly, you and I serve a God on the throne.
He has not left the building and left us to our own devices.
I’m reminded what the prophet Jeremiah, who was in prison, in city in ruins stated emphatically:
You have made the heavens and the earth by thy great power and by your outstretched arm. NOTHING IS TOO DIFFICULT FOR YOU. Jeremiah 32.17
I’m reminded of how many times God told us not to be afraid in the Scripture, because he is with us and will not leave us.
Fear not, for I am with you; be not dismayed, for I am your God.
I will strengthen you, Yes, I will help you, I will uphold you with My righteous right hand.’ Isaiah 41.10
Be strong and of good courage, do not fear nor be afraid of them; for the Lord your God, He is the One who goes with you. He will not leave you nor forsake you.” Deuteronomy 31.6
For He Himself has said, “I will never leave you nor forsake you.” 6 So we may boldly say: “The Lord is my helper; I will not fear. What can man do to me?” Hebrews 13
We must intelligently assess where we are as individuals - not even first as Americans but as the children of God -> For whom nothing is too difficult.
We must apprehend the truth of and from the Word of God, memorize it and STAND ON IT.
For God has not given us a spirit of fear, but of love, power and a strong mind. 2 Timothy 1.7
Why do I quote the Scripture?
This God-inspired book called the Bible was written during a 1500-year span through more than 40 generations by more than 40 different authors from every walk of life--shepherds, soldiers, prophets, poets, monarchs, scholars, statesmen, masters, servants, tax collectors, fishermen, and tentmakers. Its God-breathed words were written in a variety of places: in the wilderness, in a palace, in a dungeon, on a hillside, in a prison, and in exile. It was penned on the continents of Asia, Africa, and Europe and written in three languages: Hebrew, Aramaic, and Greek. 4
This is why we stand on it -- it is reliable and life-giving. We can stand strong in faith because God is good. We can trust fully in him! BE ENCOURAGED.
Christine
PastorWoman.com
1 - Familysearch.org
2 - “A Timeline of the 20th Century,” ThoughtCo.
3 - America’s Wars, Department of Veteran Affairs
4 - The Unshakable Truth, Josh McDowell, Sean McDowell 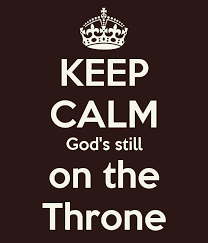