I’ve got some good news.  John ~ #38 in the series.
Read the scripture passage: John 8.12-20:  http://www.biblegateway.com/passage/?search=John%208.12-20&vers...
Listen to this podcast:  https://www.pastorwoman.net/podcast/episode/2e933c9d/ive-got-good-n...
Want some good news?  Of course you do!  But first, these briefings go throughout the world - 145 countries actually, and no matter where one finds himself or herself, not a one of us has to look far to see darkness.  The media makes sure we know every dark, prurient and desperate thing taking place, though it perhaps
looks different in South India,
than it does in Jinja, Uganda,
than it does in Castro Valley, California,
than the U.K. . . . but rest assured,
not a one of us is a stranger to darkness.
That means we all need good news!
When there is good news, we simply must share it!
To set the scene, Jesus is seated in the Temple Courts as he continues teaching the people who have gathered round him.  In order to better picture it, let me describe something of the Jerusalem Temple, of which we have no comparison today.  Grand? Yes.  Magnificent?  Yes, in white marble and gold.  On the outer part of the Temple are the surrounding courts—first, the Court of the Gentiles, and then the Court of Women, the Court of Israel, and then the Holy Place, and finally, the Holy of Holies.  In the Court of Women, there are treasure boxes, where money is collected; this is where we find Jesus teaching according to John 8.20.
There are also four grand candelabra in this Court of Women, which, when lit, shine brightly throughout Jerusalem!  Against this backdrop, Jesus makes his second “I Am” statement:
“I am the light of the world. Anyone who follows Me will never walk in the darkness but will have the light of life.”  John 8.12
Light attracts.  Light illuminates.   Light makes things clear.  Light dispels the darkness.
Anyone who follows Me will never walk in the darkness but will have the light of life, Jesus says.  Even in chaos, even in loneliness, heartbreak, sickness, suffering, anxiety, the unknown . . . trusting Jesus brings the lift of life into our individual worlds.
Perhaps you’ve dismissed Jesus as religion -- he is not religion, but a loving God, who came as a person to love you.  You simply cannot dismiss him!  I mean, one person in 60 billion who stands out deserves a second look. H.G. Wells called Jesus the most dominant person in human history.  Truly, who could argue that point?
Nineteenth century Englishman Philip Schaff talked about the overwhelming influence of Jesus, Light of the world, saying “this Jesus of Nazareth without money and arms conquered more millions than Alexander, Caesar, Mohammed and Napoleon.  Without science, he shed more light on things human and divine than all philosophers and scholars combined. Without the eloquence of schools, he spoke such words of life as were never spoken before or since, and produced effects which lie beyond the reach of orator or poet; without writing a single line, he set more pens in motion, and furnished themes for more sermons, orations, discussions, learned volumes, works of art, and songs of praise than the whole army of great men of ancient and modern times.”
“I am the light of the world. Anyone who follows Me                               will never walk in the darkness but will have the light of life.”
Jesus, Light of our World, promises if we follow him, we will walk in the light of life, we will never be held captive to darkness again. Now that is truly good news!
Christine
PastorWoman.com 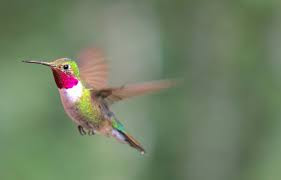