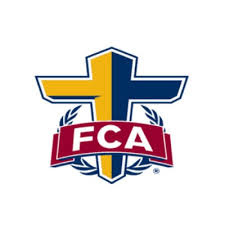 back to the gospel of John! John, #80 in the series
Today’s passage: John 15.18-25
Click to read: http://www.biblegateway.com/passage/?search=John%2015.18-25&ver...
Listen to this podcast here:  https://www.pastorwoman.net/podcast/episode/2c246162/hate-hurts-i-k...
There is a lot of hatred around these days and with our 24/7 news cycle and social media, it is ne'er impossible to miss it.
Have you run into it yet? Jesus said,
If the world hates you, remember that it hated me first. V.18
Has it been pointed toward you, I wonder? It feels crummy.  Yet you were warned it would happen . . . at some time or another the ‘world’ might hate you because of your Christian faith, because you profess the name and character of Jesus.  How you experience hatred from others will depend on a couple things—if you are truly living for Christ, or not, and how ‘the world’ around you is defined.
In America, 'hatred' because you profess the name of Jesus Christ might cause you to be rejected in some settings, ridiculed in others, and in some rare cases, could impact your employment - and at this unprecedented time, could get your church doors locked, citations or fines given.
It hit home several years ago for me for the first time.   One of my sons, who was a high school junior, took some verbal abuse from other students because I was his mother—the leader of Fellowship of Christian Athletes at our large public high school. Let me briefly explain how I got there: I had been asked to baptize a young man, fellow soccer player of Dylan, who was 15. It was a beautiful Easter afternoon. and Bret wanted to be baptized at our 'locals' beach, Riviera. He invited several of his buddies to attend which was really cool. After, one of their dads said, 'hey Christine, do you think you could do anything about getting FCA back on campus?' 'Sure, I'll look into it,' confident I could get a Christian teacher or coach to host the student club which pointed them toward Jesus. After weeks of turning over rocks, I came up scratch. So, I jumped in to do it myself, figuring it would be short-lived once someone more suitable than I would champion the cause for the student athletes.
It was the hardest thing I have ever done in the way of ministry. At one point, I had two sons in the club, and started a Sunday evening component as well, so that the students would have more exposure to the Word, to worship music and general discipleship. I ordered in pizzas or Mexican food and we met in this cool youth space at a nearby church. Some students even rode across town on their bikes to get there. We averaged between 50 and 120 every other Sunday night. On the off week, I took them to a great church that taught the Word, had wonderful worship bands and showed them how Christian living is really living!
Back to campus, back to tough things, among which was this - “Your mom is trying to convert everyone, Dude; she is brainwashing kids who are weak.  She…” and on it went.  At one point, it was bad enough for Dylan that he said, “Mom, I can’t go there anymore … you have no idea what it is like to be your son on campus!”  [Stunned?  Oh, yes, I was!  To my core, as I literally cried out to God from the privacy of my closet, on my hands and knees. 'God, do you see this?']   The most painful jabs about me came via text message from a boy Dylan and I had known and liked for years, who had participated in FCA for several months—a boy I knew and cared deeply about.  It hurt . . . a lot; it hurt even more that it was so hard on Dylan.  I gave Dylan permission to quit, but that was not an option for me -
I knew I had been called there and I wasn't quitting.
What had happened for one young man in particular to be so bitter about Christianity and me?  Well, partly, it was his realization that, were he to become a Christian, he couldn’t do certain things—things he had just begun doing, things he liked.  And partly it was because he blamed God; see, his 47-year-old father had just died of leukemia.  So for him—anyone who represented God—made him very angry.
Hated as a Christian in America = sometime social rejection, sometime mocking … probably no more, though the stakes are getting higher, especially as our churches have been shuttered in California and a few other places, slamming our first amendment rights and freedoms. We wonder 'how much more? And where is this leading?'
Hated as a Christian in Nigeria, Saudi Arabia, Pakistan, Iran, Egypt or a Muslim nation living under an aggressive Muslim majority might mean separation from/and rejection by family, could mean imprisonment in China, torture in North Korea or something akin to these--sometimes outright assassination.  Hated because we have truth and love in Jesus, our Savior forever - and though the net is wide open for all, there is only one way to God, as Jesus said himself. I am the Way, the Truth and the Life. No one comes to the Father but by Me.1 Amen.
Hatred because of the name of Jesus? Yes. He warned us it would happen.
5/Prayer: Lord, may we love well, just as you did, no matter what was said or done to you. Please soften our hearts to those who burn Bibles, burn our flags because they hate that this country was founded on biblical principles; remind us to pray for their souls. God, may we be peacemakers not instigators on Instagram; may we represent you well, no matter how we are treated. We look to you as our example and the Word of God as our path - Brothers, let us love one another for love is of God and comes from God.2
5/Worship: What Love Looks Like, Among the Thirsty
http://www.youtube.com/watch?v=YY0pvb_BCaA
With love,
Christine
PastorWoman.com
1 - John 14.6
2 - 1 John 4.7