Great things to come. John #15 ~ John 4:46-53
read to the end please
Listen to the podcast:  https://www.pastorwoman.net/podcast/episode/425f74d6/great-things-t...
This appears to be a matter-of-fact recounting of a ho-hum setting, but it is far more than that. I’m reminded I should not read God’s Word in order to check a box but rather to read it so as to understand more about Jesus and more about what God has in mind for us to know … to stick to us, quicken us, challenge and grow our faith.
I take you to John’s gospel, chapter four: “Then He went again to Cana of Galilee, where He had turned the water into wine. There was a certain royal official whose son was ill at Capernaum. When this man heard that Jesus had come from Judea into Galilee, he went to Him and pleaded with Him to come down and heal his son, for he was about to die.
Jesus told him, “Unless you people see signs and wonders, you will not believe.”
“Sir,” the official said to Him, “come down before my boy dies!”
“Go,” Jesus told him, “your son will live.” The man believed what Jesus said to him and departed.
While he was still going down, his slaves met him saying that his boy was alive. He asked them at what time he got better. “Yesterday at seven in the morning the fever left him,” they answered. The father realized this was the very hour at which Jesus had told him, “Your son will live.” Then he himself believed, along with his whole household.” John 4.46-53
We do well to step a little closer. While we do not know his name, the fact is this ‘official’ exhibited great humility. Consider that he traveled some 20-plus miles to seek out Jesus, a carpenter from Nazareth.
Of course, he had heard Jesus made ordinary water into wine the last time he was in town, and now was desperate for another miracle--that his dying son would receive healing. Desperate needs lead to desperate, all-out measures because our hearts are committed to whatever it takes. So, we find a man of power and prestige reduced to begging because his beloved boy is languishing; nothing matters more than finding some way to save him.
Jesus does not miss the gravity of the man’s need . . . but first, he must establish something--He is not interested in performing signs and wonders for the sake of being a miracle-worker; Jesus is interested in the hearts of men and women, so he flushes the man out with tough words, testing his mettle.   And without any sign, the official trusted Jesus that it was as He said--‘his son would live.’  He believed without seeing.   John 20.29 Those who believe without seeing are blessed– that was true of the father who without a tangible sign had faith that what Jesus told him was true—his son would live. It is also true of you and me, as Jesus said, “Because you have seen Me, you have believed. Those who believe without seeing are blessed.” John 20.29. Believe in him, do you? You are blessed.
So the proud man, (who humbled himself that day and surely thought he would be taking the healing carpenter home with him to touch his son), turned to begin the long journey home, praying he had made the right decision—to go home alone, trusting, with no proof that anything had changed for his boy. He would not have to travel too long though, as men arrived to tell him his boy was well. ‘When did this happen? Can you tell me the time of day … well, can you?’ the master no doubt urgently pressed his men. Unbelievably, it was the very time when Jesus had said, “Your son will live.”
Yes, oh yes, the man’s faith had become sight! The One in whom he had placed his faith had been faithful . . . Jesus of Nazareth. As the woman at the well ran to tell the townspeople all about Jesus, I believe this father assembled his family and servants and told them the great thing Jesus had done -- Jesus had healed his son. Hallelujah!
Jesus did great things,
but here’s what you need to know -
Jesus yet does great things . . . now!
What is your greatest need?
Pray. God will hear your prayer and move into action.
Jesus yet does great things.
Christine
PastorWoman.com 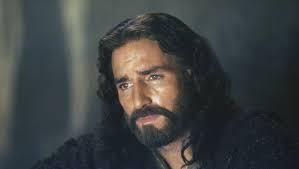 but will God find faith on earth when He comes??

I have been studying faith for quite some time now, and find that there ia more to it than just saying; I believe.

Acts 313-16 one of my favorites, IT'S  IN THE NAME OF JESUS, AND FAITH IN HIS NAME THAT  HATH MADE THIS MAN STRONG ... YEA AND THE FAITH WHICH IS BY HIM HATH GIVEN HIM THIS PERFECT SOUNDNESS  IN THE PRESENTS OF YE ALL.