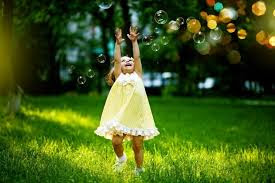 for your freedom . . . today.
Listen to this podcast here:  https://www.pastorwoman.net//podcast/episode/1d15e902/for-your-free...
Why do I do the things I do? Sometimes I get a fire in my belly and I am bound and determined to do a thing - sometimes when it makes no good sense. One voice says, 'do it - you'll feel better after' while another reminds me 'if you persist in doing this, there will likely be consequences.' What do I then do? I do it anyway, at least sometimes.
An illustration. Due to my recent move, I am still looking at boxes - boxes that bug me. One such box is 5 X 8 X 6, and filled with vintage windows that previously hung on a really high wall in my living room. Jamming my shoulder up against the box to move it rendered little. I pushed, I dug in my feet and used my legs and pushed harder ... and I'm telling you, the thing wouldn't move. The fact it wouldn't move made me more determined to move it ... I was not going to be beaten by a heavy box! I worked far too long on this before I got smart - cut the box open and removed half the contents...thereby effectively moving the box, then emptying it entirely to dispose of it.
My underbelly has a stubborn and very determined side--in this case, the consequence is just soreness in shoulders and back today. But what about when we persist in a behavior that has greater consequences? What about a behavior that eventually leads to us being shackled? Why would we choose the shackles over freedom? Hmmm.
As we are coming to the end of the gospel of John as well as looking closely at the Easter story, things have just taken a dramatic turn.  Earlier on this Thursday, Jesus is preparing his disciples for his departure, but suddenly, he is ripped from their presence and all seems uncertain for them.
It has been a very long day and about to be an even longer night ~ Jesus is arrested in the Garden of Gethsemane, served up to the Roman soldiers by his 'friend' Judas. Since Jesus willingly surrenders to them, it hardly seems necessary that the men bind and shackle him, but they do anyway. Stop! Do not just read right past that - the kindest, gentlest, most righteous man who has ever lived is bound and shackled - this just breaks my heart.
Perhaps it is learning that the Roman academy of soldiering taught that the ‘accused was to be taken by the right wrist, twisting his arm behind him so that his knuckles touched his shoulder blades, while at the same time, the heel of the soldier’s boot was jammed down onto his right instep.  The left arm was tied with a loose noose around the neck.’1 Every blow Jesus sustained from this point forward was while his hands were behind his back.    He allowed himself to be rendered absolutely defenseless—do you see that?
Yet nothing is done by accident in God’s economy, nothing without a purpose. I'm wondering, why did Jesus have to be bound like this? Was it to identify with those who are shackled in this life, either literally or by sin, addiction and self-destruction?  I believe Jesus was shackled so that we never had to be …
Jesus was shackled so that we could be free.
Does anything have you bound? I'm wondering, have you allowed yourself to be shackled by something? Maybe it is heartache. Nothing cuts me to my core like seeing my children hurting, (all of whom are grown or mostly grown anyway) - maybe by their own choices. As a mother, I carry those things in my being, desperately wanting to 'unshackle' them from what binds them.
Sometimes we are shackled by our own choices - some which have disastrous consequences. Sometimes we are shackled by what other people have said of us—a dominant spouse who knocks us down at every turn, or the oft-repeating voice of a parent who said ‘you would never amount to anything’ - the voices replay over and over until we kinda just accept them as true. Then there is the hurt sustained when your loved one left you because you did not match up somehow.  The result is the same - we are shackled, not truly free to live for Christ.
We need to remember that Jesus was shackled so we could be free.
This song captures it well – http://www.youtube.com/watch?v=vSyLqbP8Z4I
“Seems like all I can see was the struggle, haunted by ghosts that lived in my past… bound up in shackles of all my failures, wondering how long is this gonna last.  Then You look at this prisoner and say to me “Son, stop fighting a fight that’s already been won…”
I am redeemed, You set me free.  So I’ll shake off theses heavy chains, wipe away every stain, now I’m not who I used to be.  I am redeemed.
All my life I have been called unworthy, named by the voice of my shame and regret-- But when I hear You whisper, “Child lift up your head,” I remember ‘oh God, you’re not done with me yet!’  I am redeemed.  I don’t have to be the old man inside of me, cause his day is long dead and gone… I’ve got a new name, a new life I’m not the same, and a hope that will carry me home.  I am redeemed.”
Jesus wore the shackles so we do not have to wear them--time to cut them off andd say out loud, "I AM REDEEMED, Jesus set me free!" Amen.
Now I'm going to live like it~
Christine
PastorWoman.com
1       Jim Bishop, The Day Christ Died
2       Big Daddy Weave, “Redeemed” from Love Came to Life