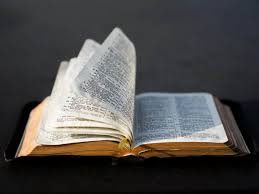 Listen to this podcast here:  https://www.pastorwoman.net/podcast/episode/2a12a7ed/dont-miss-this...
Prophecy is a rather confusing word in today's world as it seems there are so many people claiming to have some aspect of a view of the future that they got from God. Honestly, there are far too many of these folks, and the prophecies just haven't come true. It bothers me.
On the other hand, perhaps you have noticed John’s mention of Scripture being fulfilled--that is, prophecies fulfilled, specifically around the crucifixion of Jesus.  This point is significant for you and me some 2000-plus years after Jesus' death and resurrection, recorded here in John 19:
“Jesus knew that his mission was now finished, and to fulfill Scripture he said, “I am thirsty.” A jar of sour wine was sitting there, so they soaked a sponge in it, put it on a hyssop branch, and held it up to his lips. When Jesus had tasted it, he said, “It is finished!” Then he bowed his head and released his spirit.
It was the day of preparation, and the Jewish leaders didn’t want the bodies hanging on crosses the next day which was the Sabbath (and a very special Sabbath, because it was the Passover). So they asked Pilate to hasten their deaths by ordering that their legs be broken. Then their bodies could be taken down. So the soldiers came and broke the legs of the two men crucified with Jesus. But when they came to Jesus, they saw that he was already dead, so they didn’t break his legs. One of the soldiers, however, pierced his side with a spear, and immediately blood and water flowed out. (This report is from an eyewitness giving an accurate account. He speaks the truth so that you also can believe.) These things happened in fulfillment of the Scriptures that say, “Not one of his bones will be broken,” and “They will look on the one they pierced.”
It. is. finished.  Jesus has done what he came to do—take the sin of mankind upon himself and die a criminal’s death on a Roman cross, condemned by his own people.  But before he is victorious over death, several things must not be missed.
Three times in this chapter, John has mentioned that something has taken place around the crucifixion in order ‘to fulfill the Scripture…’   So, not only does John have the ‘old Bible’1 and its prophecies mastered, he knows when one has been fulfilled… and in his very presence.  Can you only imagine that? The holy, sacred Scriptures (prophecies) he has known since he was a small child are being realized (fulfilled) before his very eyes!
Your attention please, friends--fulfilled prophecies are evidence for Jesus Christ, Son of God, born to take away our sins… and also evidence that the Bible is trustworthy. God himself said, “I have declared the former things from the beginning; they went forth from my mouth, and I caused them to hear it. Suddenly I did them, and they came to pass. Even from the beginning I have declared it to you; before it came to pass I proclaimed it to you, lest you should say, ‘My idol has done them, and my carved image and my molded image have commanded them.’"2
When Jesus Christ was born, he was the fulfillment of about 60 major prophecies concerning the Messiah. These were promises given to God's people, but don't miss this--Christianity rides on the fulfillment of these prophecies in our Lord. Consider just eight of the prophecies about Jesus, spoken between 500 and 700 years before the birth of Jesus Christ…(though the ones here in John 19 were from 1000 years before his birth)!
On the left you will see the prophecy, then where it appears in the Old Testament, and on the right, where the Gospels record it's fulfillment.
Prophecies that Jesus would be:
Old Testament         In Jesus, In the Gospels
Born in Bethlehem    Micah 5:2           Matthew 2:1, 2:4-8, Luke 2:4-7; John 7:42
Preceded by a messenger
(John the Baptist) Isaiah 40:3      Matthew 3:1-2, 11:10, Luke 1:17; John 1:23
Would enter Jerusalem
on a donkey      Zechariah 9:9          Matthew 21:6-11, Luke 19:35-37a
Betrayed by a friend   Psalm 41:9              Matthew 10:4
Sold for 30 pieces of silver. Zechariah 11:12  Matthew 26:15
Money thrown down,
used to buy       Zechariah 11:13     Matthew 27:5, 27:7
a potter's field
Dumb before His
accusers          Isaiah 53:7            Matthew 27:12
Hands and feet pierced Psalm 22:16        Luke 23:33
**The chance that any man might have lived and fulfilled all eight prophecies is 1 in 10 to the 17th -- 1 in 100,000,000,000,000,000    Science Speaks, Peter Stoner
So…even while Jesus suffered, even when he died on the cross, it had been foretold hundreds of years before because it was all part of God’s plan.  Praise be to God!
And unlike some of the crazy 'prophecies' swimming around out in the ether today, when the Bible records a prophecy, you can bet your life that it will be fulfilled--just like those prophecies so many years before our Lord was born in the tiny hamlet of Bethlehem.
It's the reason, He alone is worthy of our adoration, worthy of our praise: Is He Worthy? A song by Chris Tomlin: http://www.youtube.com/watch?v=-c6pl6CaiD0
With love,
Christine
PastorWoman.com
1   “The Old Bible” – my mama and many others referred to the Old Testament as such
2.  Isaiah 48:3,5