Do this for your heart

Do this for your heart . . . T.H.R.I.V.E., #25.
Body and Soul Armor for your heart.
podcast link:
https://www.pastorwoman.net/podcast/episode/2f22c4a5/protect-your-h...
The struggle is real.
The other night, I ordered food from a nearby eatery and was waiting outside minding my own business. Several feet from me were a man and a woman kinda just spewing about things, especially her. There was no way I could not listen because it was just the three of us out there on the patio. She was furious at the government restrictions, railing about the arbitrary nature of decision-making by politicians. The guy was trying to distract her by talking about Mad Max movies. After a few more F-bombs were thrown, he pulled me into the conversation and asked me what I 'do'. I smiled and told him; they both visibly cringed.
But here's the thing: her expletive-laced vitriol came from a hurting place; she was living a nightmare. As an aviation specialist on an international level, her work is shut down; her industry has been ground to a standstill. Before I grabbed my to-go food, I walked up and asked her if I could pray for her. 'Oh yes,' she responded, and teared up... I made 'Ilya' get up and join us too. I put my arm around both their shoulders and then begged God to come and do what only he can do; I asked that God would make a way for her . . . that he would heal our land and cause restrictions to be lifted so 'Karen' and many many others could return to work.' Friends, I also prayed that God would save our country . . . we are up against it! If you are not struggling financially or emotionally, you certainly know someone who is, someone who needs the hope and strength of God.
The only way many of us are going to make it out of this pandemic with sound minds is by praying that God will come and do what only he can do.
The evil one is having a field day with our present and future fears.
Paul's charge to a first-century people enduring severe persecution might as well be to us:
“be strong in the Lord and in his mighty power.
Put on the full armor of God, so that you can take your stand against the devil’s schemes.
For our struggle is not against flesh and blood, but against the rulers,
against the authorities, against the powers of this dark world and against
the spiritual forces of evil in the heavenly realms.
Therefore put on the full armor of God, so that when the day of evil comes,
you may be able to stand your ground, and after you have done everything, to stand.
Stand firm then, with the belt of truth buckled around your waist,
with the breastplate of righteousness in place…”1
Why is Paul writing thus? What is he preparing the believer to do? To stand. Four times, Paul wills the believer to stand, rather than get knocked down when adversity knocks at our doors, when evil--[in the form of very real and intense fear]--strikes. In Body and Soul Armor the other day, https://conta.cc/2T6zdVa, I wrote about the belt of truth, the first item that Paul told Christians to don. Why truth?
Truth is fundamental, essential, and foundational for you and I to be able to stand. Our faith in a mighty God is nothing if not true.
We keep in mind this entire passage was written to empower believers in the struggle against evil in this world; the devil attacks our minds first, with lies intended to defeat us or at least keep us feeling defeated. In Jesus, in the Word of God … we have Truth. In the Truth of God, hope and power.
The second piece of armor the soldier donned was his breastplate. The breastplate was constructed of brass or bronze and weighed at least 40 pounds—it was a substantial piece of equipment! Its main function—to protect the heart of the soldier. Paul coupled the breastplate with righteousness--put on righteousness to stand against evil. Hang with me here--the Righteousness he speaks of is double-faceted. Remember, when we apprehend the work of Jesus on the cross by faith, inviting his forgiveness of our sins, we become righteous—not because of anything we have done, but because of what he did.2 God made Christ, "who knew no sin to be sin on our behalf, that we might become the righteousness of God in Him."3
And in terms of standing when assailed by evil,
we are the strongest when the way we live matches what we say we believe—
that is to say, when we follow and obey God’s Word, putting on righteousness.4
Therefore, to put on the breastplate of Righteousness means we have put on Christ’s righteousness and that we also adopt the highest character as well.
A habit of righteous conduct is itself a defense against temptation.5
The Roman breastplate guarded the heart of the soldier; the breastplate of Righteousness guards the heart of the follower of Jesus Christ, and makes it impregnable by evil. In Jesus, in the Word of God … we have Truth. In the Truth of God, hope and power. Armor up!
Christine
PastorWoman.com
1 – Ephesians 6.10-17
2 – positional righteousness
3 – 2 Corinthians 5.21
4 - practical righteousness
5 – Alexander Maclaren 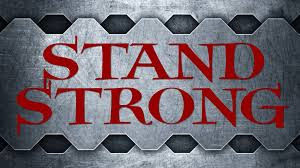