“Why is it that He gives us these special abilities to do certain things best? It is that God’s people will be equipped to do better work for Him, building up the church, the body of Christ, to a position of strength and maturity; until finally we all believe alike about our salvation and about our Savior, God’s Son, and all become full-grown in the Lord – yes, to the point of being filled full with Christ” Ephesians 4:12,13
We would be poor stewards if we ignored the special abilities the… Continue

We have a lot to Learn


"The Lord your God will drive those nations out ahead of you little by little. You will not clear them away all at once .." Deuteronomy… 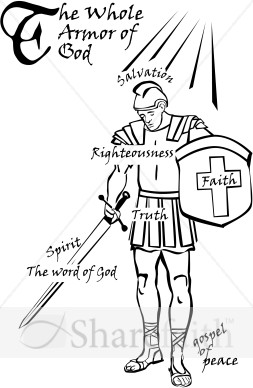 Sandanls preparation of the GOSPEL PEACE


It’s one of the most compelling narratives in all of Scripture. So fascinating is the scene, in fact, that Luke opted to record it in detail.

Two disciples are walking down the dusty road to the village of Emmaus. Their talk concerns the crucified Jesus.…

Be Enlarged by the Love of God


Listen to the Word of God for you in Song of Solomon 7:6. "How beautiful you are and how pleasing, O love,…

“And coming near, his disciples awakened Him, saying, Lord, save us! We are perishing.” Matthew 8:25

Perishing - Do you realize that we are in the boat with Yeshua? If the boat sinks, He sinks with us. That’s what Paul had in mind when he said that if the Christ isn’t raised from the dead, we are the most miserable of all. If the boat sinks, we all go down.
The disciples didn’t see the irony of their situation that day on the Sea of Galilee. Of course the waves were crashing. Of… Continue

Sooner or later, everyone will be beat up, battered, bruised, and burned out by the dailies of life. Good news! God is Lord of all of your life. List every need and emotion that you are feeling, no matter how small they seem. After you have acknowledged all your emotions and needs, go through the names of God until you find the expression of His character that meets each need. For every need, there is a corresponding attribute of God. Affirm that God is still God, no matter how you feel. Have a… Continue

The Sun was in the water before Peter noticed it—a wavy circle of gold on the surface of the sea. A fisherman is usually the first to spot the sun rising over the crest of the hills. It means his night of labor is finally over.
But not for this fisherman. Though the light reflected on the lake, the darkness lingered in Peter’s heart. The wind chilled, but he didn’t feel it. His friends slept soundly, but he didn’t care. The nets at his feet were empty, the sea had been a miser, but… Continue

God often calls the Ordinary to do Extraordinary Things

“After him was Shamgar the son of Anath, who killed six hundred men of the Philistines with an ox goad; and he also delivered Israel.”…

The Blessing of Surrender

“Quit quarreling with God! Agree with him and you will have peace at last! His favor will surround you if you will only admit that you were wrong.”…

Surrender is the Heart of Worship


"Give yourselves to God ... surrender your whole being to him to be used for…

A woman was asked by a coworker,…


He placed one scoop of clay upon another until a form lay lifeless on the ground.

All of the Garden's inhabitants paused to witness the event. Hawks hovered. Giraffes stretched. Trees bowed. Butterflies paused on…

“Taste and see that the LORD is good; blessed is the man who takes refuge in him.”Psalm 34:8

Faith in scripture is described as being known through all the…

Do you know the legend of the Cherokee Indian youth's rite of Passage?…