Mindfulness at Every Turn

Mindfulness at Every Turn. 1 Timothy One and Matthew 12.33-37
(this was from two years ago, but has application to our discussion out of Matthew chapter 12 that our words matter, and they come from someplace—they come from our hearts and minds.) For that reason,
our mindfulness is key.

It was Sunday night, and it had been a long week, and I was tired in every way… simply spent. So I created a restful space ~ lit three pumpkin-scented candles, turned on some piano music,… Continue

It has been a very strange week, but I’ll get back to that at the end.

First allow me a look in the rearview mirror: in the spring of this year, I began asking God for a vision of what Women of Passion1 should look like for the Fall, which is now here. [Vision? Was I looking for some New Age smoky picture in a dream? Of course not. Since I first read it 13 years ago as a leader on a pastoral staff, this definition of vision lodged in my… Continue

John 10:9-10 - Yes, I am the gate. Those who come in through me will be saved. They will come and go freely and will find good pastures. 10 The thief’s purpose is to steal and kill and destroy. My pu…

John 10:9-10 - Yes, I am the gate. Those who come in through me will be saved. They will come and go freely and will find good pastures. 10 The thief’s purpose is to steal and kill and destroy. My purpose is to give them a rich and satisfying…


Oh, goodness—I remember my mom quoting this poem to me—I loved it when I was a little girl, and I still do:

A tree whose hungry mouth is prest against the earth’s sweet flowing breast;

A tree that looks at God all day, and lifts her leafy arms to pray;

A tree that may in Summer wear a nest of robins in her hair;

Upon whose bosom snow… Continue

“Oh, I am so sick of your behavior! You’re so lazy—why can’t you be more like your brother? I’m not sure you are ever going to amount to anything!” Ouch. Did the mother just say that? She collected herself later and went back into her 13-year-old son’s room, saying, “Hey, you know I didn’t mean that, right? I was just exasperated—had a hard day, right? Sorry, Bobby.” “Yeah, okay, Mom…” but do you think it was really okay? Heck no. His mother’s words… Continue

Out to dinner the other night with dear friends, two of whom were Catholic, I asked rather randomly, ‘hey, do you guys think there is still demon possession, still exorcisms performed?’  One immediately responded, ‘Oh no, the Catholic church got all that stopped.  Not so.

Matthew recounts this scene:  “Then there was brought to him [Jesus] a man possessed by a devil, blind and dumb; and he cured him, so that the dumb man spoke and saw.… Continue

“Could it be that Jesus is the Son of David, the Messiah?”

In the last few days the question, What Amazes You? and responses poured into my ‘in box’.  Here are a couple more from your heart:

What Amazes You? “People whose trust is bigger than their fear when life takes a very difficult turn.”

What Amazes You? “How He shows up through that random smile, a kind gesture, a red… Continue

John 12:25 King James Version (KJV) He that loveth his life shall lose it; and he that hateth his life in this world shall keep it unto life eternal.

Am I on the look out for Mr Right?

Do i want to get married someday soon?

Who am I gonna get married to?

I know him, but I just haven't met him yet. Confused? Well I am not.  I know exactly what I am taking about.  See, I was created from my husband’s rib, I was created and fashion with him in mind, our paths are predestined to cross and merge together as one.  This is a given, and I refuse to spend sleepless nights, over thinking loneliness, that will in turn gives the enemy leeway to…

We are all upside down in today’s culture—truly.  Animal rights rank higher than human rights.  We value puppies and kittens more than we do babies—human babies!  Several years ago, in my hometown, a man waded out…

Walking with Jesus, not rules

“You’re not the boss of me, Chrissy Todd!” she huffed through her six-year-old tears at me. From the ages of two to ten, I played every day with two other little girls who lived within three houses of me in Fremont, California. We played dolls, rode bikes, played games, roller-skated, had tea parties and fought. Fighting often resulted in hair pulling and even scratching! But I will never forget when Kimmy…

I have sinned, I am not perfect. I ask god forgiveness each and everyday. I carry him where ever I go. For he had died on the cross for us. One day god will return and all I know is when he does I will be ready too go home too heaven. For god is love, hope, peace, our savior! God bless you all. 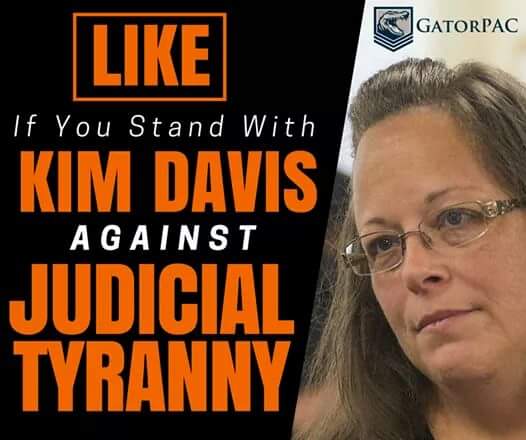 When I was 10 years old, my family moved into…

hello I'm linda 24 years old I found out about this site by researching bible verses. I want too come more closer too god because I know without god we really wouldn't have anything. I was baptized in 2014. I believe that god has a bigger plan for me then I do myself. I came here too meet new people that will help me guide closer too god. Thank you for reading. Feel free too add me and message me.

What would it be like to have your name inserted into any of these descriptions from the Bible?

Moses was the humblest man on the face of the earth, 2

God himself called David a man after his own heart, 3

Of Job, God said, ‘There is no one on earth like him; he is blameless and upright, a man who fears God and…

Jesus is bigger than our doubts