Okay I know that this is a pretty iffy word or subject to be talking about as a lot of people have their own version of what that word means...

I was just talking about this with a close girlfriend of mine and they did not agree that I should be using this word at all in applying it to Godly relationships...

But isnt Dating a gathering of information of two totally different people that are thinking of taking their friendship to another level? Isnt it going out for dinner… Continue

Appreciate!
This is a song sung by a sweet, christian, young man . His name is Nick Jonas. My daughters like the Jonas Brothers and I like them too. lol. I am in my second childhood. I want to take the time to tell you all that you are a blessing in my life and I appreciate your friendship.

Won't make it home tonight.
He was driving fast on his cellular phone,
That's how he lived his life.
And while he was hangin' by a thread
these were the final words he… Continue

A LOT TO BE THANKFUL FOR!

Take a few minutes and write down all of the good things in your life. The things that you know you did not make happen, but it had to be God. Now write down the things that are going wrong in your life right now and also make a side note if it is something that you cause or if it is just life! And when you see how the good outweighs the bad; give God thanks and don't complain. When you find yourself getting ready to complain remember what you wrote down and cut-off the complaining and give God… Continue

Asking for the ancient paths God is stirring a fire within me to begin to step out and as if it were walking on the water. I am reminded every day of Jer. 6:16 where God spoke to His people and told them to ask for the ancient paths, and where the best road is, and walk in it and you shall live in peace. It is sad but the end of that verse said they would not.

Reconciliation of ALL things

17 And He is before all things, and in Him all things consist. 18 And He is the head of the body, the church, who is the beginning, the firstborn from the dead, that in all things… Continue

This morning on the way to work I was listening to the radio and the Daily Word regarding Prosperity and God's light shining down upon us and through us; I thought how folk always say they can "see the light at the end of the tunnel". Right at that moment I understood the song Amazing Grace... "I once was lost but now am found, Was blind, but now, I see."

Before becoming born again, saved through grace I was blind thus could only see the light at the end of the tunnel. Now being… Continue

I don't deserve it. One day while talking with a friend of mine ,we were talking about new cars and I happenned to look over at a friends car and asked my friend why he doesnt have a new car, he said to me "because he knows he doesn't dsereve it." Wow , that hit me like a ton of bricks. I thought back to my day of salvation with the lord ,and thought . I know I don't deserve Gods grace enough to even ask for His salvation of His son. We all fall short of Gods grace. But… Continue

In the morning of 15, 2008 woke up and prepared to go to bank to settle some issues after that walked near to the mall thinking that i can find a Bookstore to have a bible. THe mall is about 1 mile away from the bank.I didnt noticed that i had stopped at the corner of the street. I am not sure why i had stopped. I turned my head on the left and i was… Continue

we claim what we do not know..life is full of amazement and wonders..

We are helpless, we say but we do not know, we claim but we can prove, this life is full of mysteries, wonders, my hope is base on the promises of god and the faith in Christ Jesus. What is the purpose of life?
what is the true definition of faith, is faith instance or proceses. Can we truly attain to the heights of the old prophets, how can we provoke the wonders of the most high. Can we truly demostrate like prophet Elijah, Joshua, David and other powerful men of God in the old times.… Continue

Trusting God is a decision that I have to make daily

LORD, HELP US GET THROUGH THESE DAYS 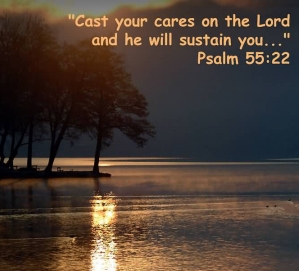 <." SOME DAY WHEN WE LOOK BACK AT LIFE,
THIS THEME WILL BE OUR SONG:
"GOD MAKES EACH DAY A STEPPING STONE
TO GET US WHERE WE BELONG

So this weekend my pastor did a great sermon on the dangers of Pornography. He used a crazy percentage that most of the pornography that comes into homes is from the internet. Unfortunately I am intimately familiar with this issue. However, fortunately I have come up with some pretty good protection solutions.

First off, there are a lot of options to choose from. The ones that I have listed here is not an exhaustive list. It is just what I’ve tried. My current setup is the best so… Continue

I am so Blessed to have you as my Friend.
love you
Charla Continue

Christian Glitter by www.christianglitter.comwith Love.. from the Gonzales Family

with Love..
from the Gonzales Family Continue

God can use anyone

The next time you feel like GOD can't use you, just remember...

Noah was a drunk
Abraham was too old
Isaac was a daydreamer
Jacob was a liar
Leah was ugly
Joseph was abused
Moses had a stuttering problem
Gideon was afraid
Samson had long hair and was a womanizer
Rahab was a prostitute,
Jeremiah and Timothy were too young,
David had an affair and was a murderer,
Elijah was suicidal,
Isaiah preached… Continue Blog Numero Six: I Will Execute Judgment, I Am the LORD

1. Now the LORD said to Moses and Aaron in the land of Egypt,

3"Speak to all the congregation of Israel, saying, 'On the tenth of this month they are each one to take a lamb for themselves...

7.... they shall take some of the blood and put it on the two doorposts and on the lintel of the houses in which they eat it.

I was raised in a home where there was little stillness. Actually, there was no stillness. There was anxiety, fervor, tension, and always the answer to problems was to do more, to scurry faster when things were not going right. The way of doing things was to react, sharply, to negative situations.

For twenty years now as a Christian, I have been learning from Christ and his word how to un-learn that pattern. But, the things we learn in… Continue

What do you really know about the Resurrection???

I come to you Father God in the mighty name of Jesus,Praying for ears to be opened and eyes to be seeing, let the hearers put on the mind of Christ as this message is brought forth,Let it be of you Lord and let the Spirit be of you not me God,Amen!!! As you read the Gospel of John 19:31You find that this was the preparation day first you must know what that day was when you go over to Exodus 12:16 you are able to know that these were Five Laws concerning the Seventh Day
1. Have a… Continue God's Word is like refreshing rain That waters crops and seed;
It brings new life to open hearts,
and meets us in our need.

The Bible is to a thirsty soul
what water is to a barren land.