Internet Church Service – April 14, 2019; Sermon: The Tenth Commandment: You Shall not Covet.

EMBEDDED VIDEO SERMON in HD – NOTES The Tenth Commandment: You Shall not Covet. 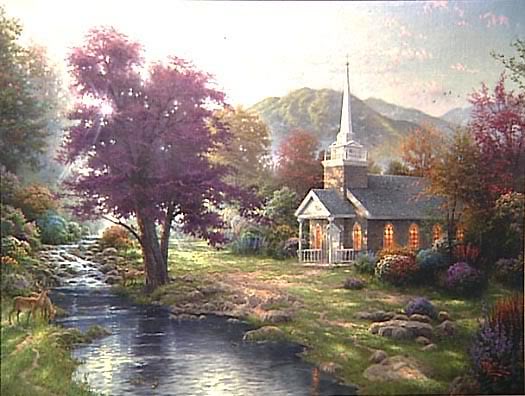 Please join us as we fellowship in the Word of God, listen to Christian Music, Pray in Christ’s Name, and Praise the Lord
in our Hearts and Minds. 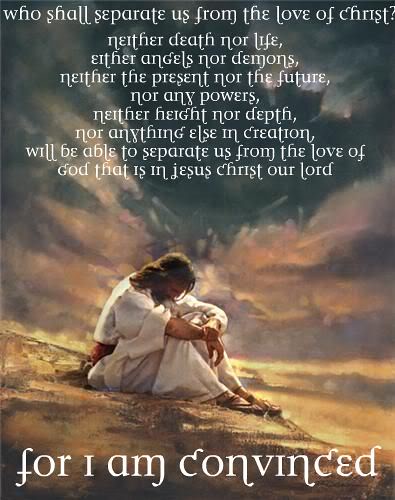 
Preparing yourself for the study of God’s Word


Before we begin, if you are a believer in the Lord Jesus Christ (that is— you have trusted in Him for eternal life), it is important to prepare yourself to take-in God’s Word or participating in a Communion Service, so take a moment to name, cite or acknowledge your sins privately directly to God the Father. This will assure that you are in fellowship with God the Father and the Holy Spirit’s convicting ministry, also called the convincing ministry will then be able to teach you as the Holy Spirit is the real teacher and the pastor’s message is the vehicle the Holy Spirit uses to convince you what you are learning is true or not.


1 John 1:9, says—“If we confess [simply name, cite or acknowledge to God the Father] our sins [known sins], He is faithful and just to forgive us our sins [known sins] and to cleanse us from all unrighteousness [all unknown and forgotten sins];” NKJV (New King James Version); we call this REBOUND, read the full doctrine as to “why” we need to use 1 John 1:9 to grow spiritually. REBOUND


John 6:47 says: “Most assuredly, I say to you, he who believes in Me [Jesus Christ] has everlasting life.” NKJV


Notice again what John 6:47 says, “he who believes in Me [Jesus Christ] has everlasting life.” It doesn’t say, “will have”; it says, “has.” Therefore, the very moment you believe Jesus Christ’s promise of everlasting life, you have it (it’s really just that simple), and it can never be lost or taken away from you (John 10:28-29). Furthermore, the gift of everlasting life (also called eternal life in scripture) is available to every human being; there are absolutely no exceptions.


Let us now bow our hearts and take a moment to prepare for learning God’s Word, if there is any known sin in your life, this is the time to just cite it privately to God the Father with your thoughts directed towards Him. With your head bowed and your eyes closed, you have total privacy in your mind and soul: 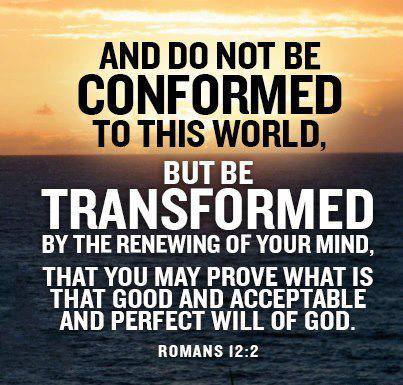 
This ministry is non-denominational and is dedicated to teaching the Word of God from the original languages and making it available at no charge throughout the world.

NOTES
Unlike the bible study, these notes are not just for reading without watching the video. These notes are more designed to follow along during the sermon and to bring up the “hover pop-up scripture references” (some websites may require to left click the link, if that doesn’t work then look them up in your Bible) when the Pastor asks everyone to turn to that passage in their bibles.


Sermon: The Tenth Commandment: You Shall not Covet.

What does the sin of covetousness look like in the Bible?

Secondly, how do we know when we’re being covetous?

If you looked at a secular definition of coveting, it means to have a “longing” for or strong desire for something or someone.

He taught His disciples that it is not what you eat or put in your body that defiles a man or woman, but it is how you think that really matters.

Coveting produces action and usually it is the action to take something without permission or even to go so far that in some cases, they end up as a thief stealing what others have.

It can also refer to what our Lord talked about when He taught that lusting after a woman in the heart is like having sex with her in his own heart.

1Co 4:7 For who regards you as superior? And what do you have that you did not receive? But if you did receive it, why do you boast as if you had not received it?

This last commandment, #10 is really unique in that of all the Ten Commandments, this is the only one that you cannot tell if someone is breaking it or not.

If your neighbor is rich but lost, then all the wealth will be spent by someone else after he or she’s gone.

They in turn, will spend all eternity separated from God.

Why do people say “Only the good die young”

Hebrew preposition (‘ad) — translated “Until” that really answers most of the questions mankind has concerning the end result of the wicked or the evil, etc.

Psa 73:12 Behold, these are the wicked; And always at ease, they have increased {in} wealth.

Psa 73:13 Surely in vain I have kept my heart pure, And washed my hands in innocence;

Psa 73:1-28 = a Psalm that describes some of the frustrations that many believers have had at times as they seek to fulfill the PPOG [predesigned plan of God] and their very own PSD [personal sense of destiny].

They make positive decisions and then see friends, family members and relatives making negative decisions, getting ahead in life, and even receiving prosperity as they rebel against the PPOG for their life.

Deut 28:47 “Because you did not serve the Lord your God with joy and a glad heart, for the abundance of all things;

This was said to believers not because they did not serve the Lord but
Asaph was one of the finest and chief musicians in all of Israel.


The Lord gave certain tribes the talent and the ability to either be blessed with fantastic vocal chords, or with the ability to write music and lyrics as well as the ability and talent to play a musical instrument.

Just as wine can make the heart merry, more than that, the filling of the Holy Spirit can sooth the believer when he is faced with certain problems and difficulties.

Asaph wrote about ten songs and this is said to be a Psalm or a Song of Asaph, a fine and chief musician in Israel. The theme of this musical presentation is “Why do the Wicked prosper.”

“God is good to His people,” is very important especially when you’re going through something and you don’t know how that thing is going to turn out.

Even if you don’t understand what you’re going through remember God is good to His people.

God would never expect me or you to fight on the battlefield and have a victory if He had not already provided everything we need to do so.

Here is just the beginning of some of the questions and answers that the Lord provided for those who were seeking Him to receive whatever they needed for their guidance and direction.

The word envious means to be jealous and it starts out with envy in the soul and then turns into jealousy.

There are certain people who prosper even though they are wicked.

One of the main reasons is found in Gen 17:1-27, blessing because of association with a mature believer.

He saw their present condition.

He saw what they had right now, but he forgot their future.

God in His Grace actually will allow the wicked to prosper on this earth.

Their Heaven and God loves them so much.

He sent His Son to die for their sins and they rejected Him so this is their only form of prosperity.

Once they die for billions of people then — they suffer in the eternal lake of fire and so in God’s grace, He blesses them and lets them have some enjoyment, because He’s a just and righteous God.

There are reverisionistic believers and unbelievers who cheat and lie and steal and who are criminals and who would do what they can to get ahead and they can get more than you.

He saw their outward display of prosperity.

He saw what they had.

A New car, new home, better job, fine clothing, no problems with the finances, everything is going right.

You don’t see the discomfort and lack of content in their soul.

You don’t see when they go to sleep at night that they have all these riches and all these things and all this form of prosperity, but there’s something missing in their soul.

They don’t have that peace that goes beyond understanding, Phil 4:6.

You would be shocked at how fast you would say, “I want to come back to my life, I don’t want to trade places with them.”

He doesn’t know whether or not there are no pains in their death. He’s just thinking he can handle anything.

Many people think, “Well, if you have money, if you have prosperity all your problems are solved and that’s not true.

And when it says that “their body is fat.” it means that their strength was from their riches and they were really healthy.

In the ancient world, prosperity was manifested by the strength of the human body being healthy and prosperous through the physical body.

He said, “There’s no pain from their death,” everything goes right, but look at what I’m going through.

You have something in your soul that money cannot buy, a peace that you can go through a tragedy, disaster, sickness, and still say, “I have learned to be content in whatever state I am in.”

This is the thinking of the individual that almost totally slipped away from that which was important, the plan of God.

There are some things about the wicked who prosper or people who have riches — They don’t have to be concerned about where there next meal is going to come from.

They wear their own pride and their own violence as jewelry and they want everyone to see “Look what I’ve got.

When it says, “Their hearts run riot” it refers to fact whatever their heart wants, they get, because of their riches.

Ecc 2:10 And all that my eyes desired I did not refuse them. I did not withhold my heart from any pleasure,

He was the most miserable person in the world at this time and he said, “All that my eyes desired, I did not refuse them.”

“They speak from on high” it refers to their arrogance.

Gal 6:3 For if anyone thinks he is something when he is nothing, he deceives himself.

“What they say parades through the earth” = like a parade accepted as mankind’s tremendous wisdom because of their so-called success.

They recruit more wicked people like themselves and teach them to do the same things and sometimes they do better than the ones who trained them.

They deny the Omniscience of God.

They reject His Doctrine.

“These are the wicked; they’re always at ease, and they have increased in wealth (Even in the cosmic system, they keep increasing.).

This man actually thinks that those who try to live Godly have nothing but misfortune and those who are living wicked everything goes right.

In his wickedness, there are times when everything is going wrong and they think they can get blessings from God by working and serving Him = C2.

Psa 73:2-3. “But as for me, my feet came close to stumbling; my steps had almost slipped. (Why?) I was envious or jealous and covertness of the arrogant, as I saw the prosperity of the wicked.”

If you’re honest, you don’t get the job.

I try to love people and level with them and along comes this conniver, this deceiver and he just lies and he gets everything.

“Surely in vain I have kept my heart pure, and I have washed my hands in innocence;”


The following link is to a good news message describing how one can receive eternal life: Ticket to Heaven, it was written for anyone not absolutely certain about their eternal future.