When you get more than you ask for 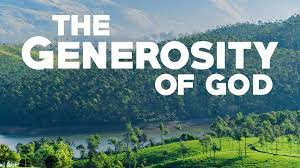 When you get more than you ask for.
Acts 3.1­-11, Acts, #14 in the series
Listen to this podcast here:  https://www.pastorwoman.net/podcast/episode/27e30683/when-you-get-m...
“Alms. Alms for the poor.”1 The Jews got it. The guy had no other way to make a living, so he asked for charity in order to feed himself. For the Jewish people, giving was and still is part of being faithful to G­-d. A few years back while I was in Crown Heights – a very orthodox section of Brooklyn, New York, I walked past a fellow with his arm extended, small metal box in his hand saying the same thing: ‘Alms, alms for the poor,’ he begged, in front of 770 Eastern Parkway – a very important building.2 Many put shekels in his box as they walked past.
Makes me think of a different man on another day a long time ago. Take a look at Luke’s account: “Peter and John went to the Temple one afternoon to take part in the three o’clock prayer service. As they approached the Temple, a man lame from birth was being carried in. Each day he was put beside the Temple gate, the one called the Beautiful Gate, so he could beg from the people going into the Temple. When he saw Peter and John about to enter, he asked them for some money.
Peter and John looked at him intently, and Peter said, “Look at us!”The lame man looked at them eagerly, expecting some money. But Peter said, “I don’t have any silver or gold for you. But I’ll give you what I have. In the name of Jesus Christ the Nazarene, get up and walk!”
Then Peter took the lame man by the right hand and helped him up. And as he did, the man’s feet and ankles were instantly healed and strengthened. He jumped up, stood on his feet, and began to walk! Then, walking, leaping, and praising God, he went into the Temple with them.
All the people saw him walking and heard him praising God. When they realized he was the lame beggar they had seen so often at the Beautiful Gate, they were absolutely astounded! They all rushed out in amazement to Solomon’s Colonnade, where the man was holding tightly to Peter and John.” 1­-11, Acts 3.
The man was just asking for money, but Peter and John gave him what Jesus had in mind for him...far more than he asked--they gave him the right to join in community, to be part of the temple goings-on. ‘Twas a new day in town—no more thinking small... no more just getting by. Peter and John could have given the fellow a shekel, but God wanted more for Moshe, Samuel, or Joseph, (whatever his name) that day. So instead of giving him what he asked for, he was given his legs and a standing in the community—far more than he had imagined! Reminds me of the good gifts the Father longs to give his children . . . 3
Reminds me of what Paul wrote, “Now to him who is able to do immeasurably more than all we ask or imagine, according to his power that is at work within us.”4
Perhaps you have a small view of God - time to trust him to really be God in your life! Maybe he wants to give you far more than you have even thought possible; He is good like that you know. God is so much more than we think of him, so let's ask him: Lord God, what would you like to come and do in our lives? We are ready!
To drive it home, "Yes He Can" Cain, https://www.youtube.com/watch?v=s8hihG05CwY
God gives us way more than we ask for.
Christine
PastorWoman.com
1 – If the line rings a bell, it is in Disney’s Robin Hood movie.
2 ­- the street address of the central headquarters of the Chabad­ Lubavitch Hasidic movement
3 – Matthew 7.11
4 – Ephesians 3.20