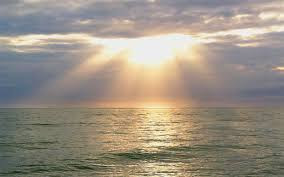 This thing called Grace.
Listen to this podcast here:  https://www.pastorwoman.net/podcast/episode/1e702579/this-thing-cal...
“I know that the grace of God is alive because I am a living example of it,” he said, after I had taught the preceding lesson to a large basement gathering of street people.  He came up after to tell me his story, “I was a rough gang-banger, I dealt drugs, then I started doing drugs to cover all the bad feelings I had inside, then everything started going bad. . . I was shot on Easter, and then sent to jail for three years for something I didn’t do.  Jail is a really bad place, but I was able to be still there.  I was able to think there.  I met God there.  Now I’m free from all of that—I’m forgiven . . . I don’t do that stuff no more--that is the grace of God…” Marcus said.
A real-life example of this thing called grace.
It makes no sense—almost no sense at all.  From the time you were small, you were taught that anything worth having is worth working for…right?  You know—the early bird gets the worm.  No pain, no gain.  There is no such thing as a free lunch.  Demand your rights.  You get what you pay for.  Has any of those ever been said to you? And yet the Bible is clear: we do not earn grace! In fact, we do not earn our way to God either: For by Grace you have been saved by faith.1
But then…there’s Jesus.  And Jesus came to usher in a new way.  We saw it when the woman caught in adultery was dragged before Jesus; Jewish law said she should be stoned.  The men already had rocks in both hands…that is until Jesus.  Jesus did not condemn her, instead he turned to the men and said, ‘whichever one of you has never sinned, you throw the first rock.’  The woman waited, Jesus knelt and wrote something in the sand….and one by one, the rocks hit the ground. “Go on now, but leave the sinful life you have been living.”  Where was the judgment?  Smothered in grace.
It is my thought that those who have sinned the most, who are in the greatest need of forgiveness and a new start, comprehend grace better, and experience the grace of God more fully than those who think their sins are small.  Those who compare their ‘small’ sins to others ‘bigger’ sins are missing the point, don’t you think?  When Paul wrote that ‘all have sinned,’ and ‘all fall short of God’, he meant ALL.  “The best lack all conviction, while the worst are full of passionate intensity.”2
Church-goers and other would-be pious types may know Scripture about grace, be able to sing every verse of Amazing Grace, dress up nicely, and say all the holy-sounding words in their prayers, yet fail to recognize their self righteousness, tendency to judge, and bent toward hypocrisy.  Jesus said, ‘there will be more rejoicing in heaven over one sinner who repents than over ninety-nine persons who do not need to repent.’3
Grace comes free of charge to people who do not deserve it . . . The notion of God’s love coming to us free of charge, no strings attached, seems to go against every instinct of humanity.  The Buddhist eight-fold path, the Hindu doctrine of karma, the Jewish covenant, and Muslim code of law—each of these offers a way to earn approval...not Christianity.4
Gripped by this notion: it is by the grace of God that I am who I am…or could be…I asked God to help me explain his grace to the man who feels he has used up his last chance, to the woman needing to pick herself back up again, to the drug addict, to the lost soul, to the one carrying a load of guilt:
God would say to you right now:
My grace is free . . . you do not even need a credit card.
My grace is sufficient for whatever you are facing
My grace is bountiful enough to cover a multitude of sins
My grace is great enough to forgive any debt
My grace is the fount of everlasting love
My grace can make a dirty life clean
My grace can bring hope to a hopeless person and to a hopeless situation
My grace offers the promise of eternal life and love
My grace makes it possible not to live in fear
My grace allows me to ‘forget’ your sin
My grace can make you a new creature, and make the old fall away.
My grace is a gift to you, but it won’t be yours unless you receive it.
My grace became a person: Jesus.
Grace . . . receive it, and then give it.
Christine
PastorWoman.net
1) Ephesians 2.8
2)   W. B. Yeats
3)   Luke 15.7
4)   Philip Yancey, What’s So Amazing About Grace?