This is definitely going to be my last post for year 2013. Since I started blogging on this site, I have been so overwhelmed by the amount of response and feedback I have received. They have kept me going on and I am particularly grateful to God; my never ending source of inspiration; He indeed has made my heart and mouth like the pen of a ready writer. I say a big thank you for everyone who has read and shared my posts. I appreciate you greatly. 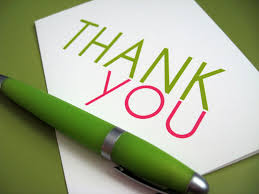 Have you ever watched movies that keep you on the edge of your seat and make you very apprehensive?  I used to freak out whenever I watched thrillers. I won't forget easily my experience watching the action series; 24. I got so engrossed and caught up in it that I would always have palpitations whenever I saw it. Anyway, not until I started to watch the Behind the scene productions of movies did I realize that I needed not to have allowed my adrenaline rise for anything. The goriest , suspense filled part of the movies were all being acted out and when it seems as though there was an actor threading on a dangerous ground all alone,, there were scores of other people behind the cameras that we would not see# phew! Ever since that dawned on me, I never allowed movies to get me agitated. For someone who’s gone through so much this year, this is for you. For that person who seems to wonder what the essence of life as a result of debilitating circumstances, this is for you. Whoever is wondering why prophecies are not manifesting should read this. For that other person who’s doing introspection on how the upcoming year should be a better one and the best so far, you might want to read this to know what stance you need to take.

Friend, the trials you are facing in life is not new under the sun. Sometimes, when you are faced with a battalion of unfavourable circumstances, it is easy to think that no one could ever have had things so bad in life as you are but the bible; in 1st Cor 10: 13 tells us that “No test or temptation that comes your way is beyond the course of what others have had to face. All you need to remember is that God will never let you down; he’ll never let you be pushed past your limit; he’ll always be there to help you come through it.(Message Version). Be it as it may, there are the behind-the-scenes events  for everyone's life and every individual decides who calls the shots or whose shots He will obey. Without exalting the devil in anyway, we must realize he is doing all he can to gain control of the "production" of every life; whether Christian or not.

That there is war in your life is not new to God, as at some point there was war in heaven; God's own territory. Against even his creator, Satan waged war. It would surprise you that the enemy we are contending with does not care or respect anyone. He is always on the offensive and wherever you find opposition, contention, and any evil machination, the devil is there. Chaos is his trademark and that is what has been his primary occupation from way back.And war broke out in heaven: Michael and his angels fought with the dragon; and the dragon and his angels fought, So the great dragon was cast out, that serpent of old, called the Devil and Satan, who deceives the whole world; he was cast to the earth, and his angels were cast out with him. (Revelation 12:7, 9 NKJV)

When pride was found in the devil, he needed to be ejected but he never wanted to leave.  Heaven is God’s residence, yet the devil; after he rebelled wanted to continue to remain there. If you don't resist the devil, he would want to continue to illegally possess what is yours. If he fought God concerning heaven, why won't he fight you?  Ephesians 4: 27 says “Give no place to the devil”! Don’t give him a foothold in your life. If you hold on to your faith and the victory that Christ has secured on the cross of Calvary, the devil knows you will win and so therefore will fight you to a hilt with every drop of his blood (if he has any).

As the year runs to an end, it’s a good time to take stock and re-strategize for the upcoming year. One thing I’ll like to remind us about is the fact that life is a battlefield; a battlefield with predictable and mostly unpredictable circumstances. You sometimes never know where the next shot is going to come from but you just have to always be on your toes. In a battlefield, actions and inactions are deliberate. Your steps must be well calculated on a battle ground, you won’t find anyone strolling casually and whoever does does that at his peril. To succeed in life, we must have a soldier’s mentality and a battle-mind. An article I read which relates to preparing soldiers for war describes a battle mind as “a Soldier’s inner strength to face fear and adversity during combat, with courage.  It is the will to persevere and win.  It is resilience”. According to the same article, a soldier must-

·         Maintain positive thinking during times of adversity and challenge

Now to the good news!

In Christ, you are an overcomer. Revelations 12 in verse 11 says - And they overcame him by the blood of the Lamb and by the word of their testimony, and they did not love their lives to the death. Whatever it is you are contending for in life, Believe that God has done it already. You have been bought with a price and you are to glorify God in your spirit and body, which are God’s. Anything challenging your existence is not as potent at that precious blood shed on the cross and so therefore has to bow; if you won’t bow to it. Whatever package you desire from God has been totally paid for. Isaiah 53: 3-6 says He bore our reproach, our sicknesses, and disfigurements. Your warfare against sickness, poverty, failure, lack is already accomplished. John 19:30. (So when Jesus had received the sour wine, He said, “It is finished!” And bowing His head, He gave up His spirit.)

As Christians, we fight from victory and not for victory. Any truth of the word you accept will face test and trials. It will stand the test of time. Just hold on to it. Stand your ground.There's nothing God has given or will give you that the enemy won't contend with you for. Hold your faith and a good conscience. ... You overcome by the word of your testimonies and the blood of the lamb.

See you in 2014 and remember, you decide who calls the shots!