Something to Glean from The Queen-Sheba

Thank God we are here. Wow! In spite of all, we made it through. And we have been given the opportunity of managing about 365 days no one has ever lived in. Hand in hand with God, we can call the shots, navigate our paths through any tumultuous storms, achieve our goals and live our best lives so far! I can assure you that 2014 promises to be a very great year and our best ever. 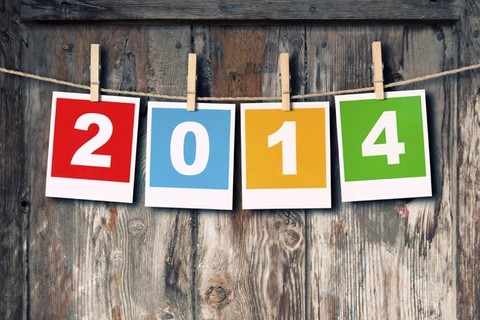 I am aware that every New Year, almost all churches; if not all, declare a motto or tenet  for that year. In my church, 2014 has been declared our year of supernatural Upgrade, I kid you not, I am enjoying the upgrade already. For some other churches, It's a year of Overflow, Year of Harvest, Year of Exceeding grace, Year of laughter and all. The truth is the womb of every year is loaded with many benefits and thank God we have directions in church on what God is set to do, But doing a quick introspection and looking back at last year, let’s ask ourselves - were we able to truly walk out and experience whatever the year was declared as the tenet? As we joyfully anticipate great things happening in 2014, please let us prepare ourselves, deliberately work towards achieving our goals and in partnership with God, we will succeed.

I love to do a study of characters in the Bible. I believe that for everyone mentioned in the word of God, there is a purpose. For every incident or story, there is something to learn. A lot of people existed around the times of these recorded people but were not mentioned. So if these were mentioned, there’s something we can glean from them.

Each time I read the story of Solomon in the bible, it amazes me the extent to which a man can be loved, blessed and endowed  by God . This post is not about Solomon but in studying his life, I came across one of the characters he had dealing with and I was able to quickly identify some amazing things about this woman named Queen of Sheba. She was one of the ancient monarchs that existed around the time of Solomon. I identified about seven (7) principles which can be applied in our modern day business, career and personal lives.

1Now when the queen of Sheba heard of the fame of Solomon concerning the name of the Lord, she came to test him with hard questions. 2She came to Jerusalem with a very great retinue, with camels that bore spices, very much gold, and precious stones; and when she came to Solomon, she spoke with him about all that was in her heart. 3So Solomon answered all her questions; there was nothing so difficult for the king that he could not explain it to her.

4And when the queen of Sheba had seen all the wisdom of Solomon, the house that he had built, 5the food on his table, the seating of his servants, the service of his waiters and their apparel, his cupbearers, and his entryway by which he went up to the house of the Lord, there was no more spirit in her. ( Ist Kings 10)

She had enough exposure herself, being a rich monarch, but she was willing to be more exposed. She heard about the fame of Solomon the blessed of the Lord and she was more than pleased to leave her land to come see what his fame was all about. This year, go out of your usual way of doing things. Seek to acquire knowledge in your chosen field, travel if you have to. Feed your mind , feed your eyes with things that will inspire you.

Verse 2 of the scripture quoted above shows that she just didn't come to see, she was willing to learn, this was a lifetime opportunity for her. At that time, many would have loved to see Solomon the wisest king of all times and here she was, she asked questions and Solomon answered all of them, even the hardest. Many of us have the opportunity to mingle with highly successful but most times, we are carried away by the fancy and paparazzi, a few people actually tap into the opportunity of learning from great men. Some are envious, so they can’t even ask. It doesn't matter what you have achieved in life; just keep learning and seek to acquire knowledge.Enquire, Seek to be educated...

6Then she said to the king: “It was a true report which I heard in my own land about your words and your wisdom. 7However I did not believe the words until I came and saw with my own eyes; and indeed the half was not told me. Your wisdom and prosperity exceed the fame of which I heard.

She came and within a short period, she was able to observe almost everything happening in Solomon’s kingdom. She was discussing with the king but at the same time, she was observing everything: The house that he had built, the food on his table, the seating of his servants, the service of his waiters and their apparel and the appearance of  his cup bearers. I am certain she went back to replicate those things in her own kingdom. When you see things that are beautiful, well run, well organized or maybe someone who does things excellently, what’s your reaction? Do you glean from it, do you have mental souvenirs from those experiences, do you see things you can take back home with yourself, and probably things you can do better? Be eagle- eyed. Nature teaches us the beautiful works of our God and we can learn from those who have beautifully applied what God has endowed them with.

When you see something great in the lives of those around you, endorse, appreciate and acknowledge them. By doing so, your gifting will multiply, you will draw grace and wisdom as well. The Queen told Solomon that even though she had heard of his greatness, what she had seen with her eyes surpassed what she had been told. They were supposed to be contemporaries but she was not intimidated, she acknowledged every good things she saw!

However I did not believe the words until I came and saw with my own eyes; and indeed the half was not told me. Your wisdom and prosperity exceed the fame of which I heard. 8Happy are your men and happy are these your servants, who stand continually before you and hear your wisdom! 9Blessed be the Lord your God, who delighted in you, setting you on the throne of Israel! Because the Lord has loved Israel forever, therefore He made you king, to do justice and righteousness (1st Kings 10: 7-9)

Oh how I love the wisdom of this woman. She was going to go visit the wisest, richest and most endowed king of her time, what gifts would she have gone with that he wouldn't have. But the bible records that she came with so much as  gifts to the king.  Let’s see what she gave. Then she gave the king one hundred and twenty talents of gold, spices in great quantity, and precious stones. There never again came such abundance of spices as the queen of Sheba gave to King Solomon. 11Also, the ships of Hiram, which brought gold from Ophir, brought great quantities of almug wood and precious stones from Ophir. 12And the king made steps of the almug wood for the house of the Lord and for the king’s house, also harps and stringed instruments for singers. There never again came such almug wood, nor has the like been seen to this day. (1st Kings 10: 10-12)

Wow wow! What a strong and wise woman she was!  In return, the bible records that she got all she desired from the King. She was noted to be generous and there was nothing she asked the king for that she didn't get. Abraham entertained strangers and that was the encounter that necessitated the birth of Isaac. Givers will always be rewarded. Make this year your best year ever in terms of giving. Give to those who don’t have, as a blessing. Give to those who have, you will be blessed as well.

To be ebullient means to be overflowing with fervor, enthusiasm or excitement. This woman came to the presence of the King enthusiastic. She looked forward to the trip, planned for it and yours truly; she got more than she bargained for. Some encounters never leave you the same. She saw so much that there was no spirit left with her, of course her spirit revived and she went back home more blessed. Proverbs 22: 29, the bible says a man’s gift will make him stand before kings. I’ll say a good disposition will make him heartily welcomed by the king. Remember David’s encounter before Saul ? The bible records that He was ruddy, and of a good countenance and goodly to look unto (1st Sam 16: 12). Have the best disposition ever this New Year! Full of joy and radiant, The Queen of Sheba wasn’t haughty when she came to see Solomon, in spite of her wealth, she was really eager to make good use of that opportunity and the king warmed up to her.

She came around to Jerusalem with her retinue and had audience with the king, she observed everything going around. She enjoyed herself! I’ll say give yourself a treat in 2014. Eat, Pray, Love, like that movie title says. Be hard working and compensate yourself. Enjoy and appreciate whatever you have, no matter how little it is. Enjoy your family, friendships, finance, career and everything God has blessed you with.

In conclusion, if these people we have been talking about, operated in such a great wealth and prosperity in the Old Testament, how much more we, that Christ died for and has brought to the Father as His Sons and Daughters. Our success should by every means surpass what they have achieved. We have the opportunity to feast and dine with our on King; The King of kings and Lord of lords un-endlessly. His wealth is ours, He is our father! You and I, in Partner with our Lord are destined for unimaginable, unspeakable, never-attained heights in 2014!