So you can see better

So you can see better.  Scripture:  John 9.1-11
Click to read: https://www.biblegateway.com/passage/?search=John%209%3A1-11&ve...
Listen to the podcast:  https://www.pastorwoman.net/podcast/episode/36dc61a5/so-you-can-see...
Key verse:  As Jesus was walking along, he saw a man . . . John 9.1
Something I have noticed during this strange time warp in which we are living is the disposition of people toward one another.  My oldest son, Matthew, works in a large grocery store and has had so many altercations about mask wearing, (as the grocery store requires a mask for service).  People get downright belligerent about it in the check-stand, as though he is the one requiring it of only them. Please . . . like he would mandate a rule that requires him to stand there in a mask for eight hours!
Fact is, it seems like few people are concerned for others’ welfare right now, interested in just maintaining their own situations.  Perhaps that is logical because fear seems to make us more self-centered and able to mostly see one’s self.
How is your vision?  Oh, I don’t mean ‘have you been to the eye doctor lately, pass your eye exam?’  I mean how do you see people?  Do you look long enough in other people’s eyes to see that they are hurting or are you always in a hurry?  Are you mostly consumed about thoughts of yourself, your needs and how you feel?
Do you suppose that Jesus was ever busy … rushed … and even pressured?  Well, sure, you know that his disciples tried to pull him this way or that; you know that the religious leaders were a constant source of criticism and fault finding.  Surely those things affected him!  Surely they did, but Jesus kept his own ‘day-timer’; Jesus said and did what the Father had him say and do, and did not give in to the external pressures around him.  As a result, we do not get the impression from the gospels that Jesus was rushed or busy; Jesus always had time for others.
Note to self:  am I too busy to take into account how others are doing?
One of the things that set Jesus apart when he walked the dusty roads of Palestine, was his seeing.  No one ever saw like Jesus.  Others walked by blind beggars like the regular roadside fixtures they had become, not Jesus.  Here in the ninth chapter, John records that Jesus was walking along and saw a man who had been blind from birth.  The disciples asked Jesus the cause of the man’s blindness—his sin or his parents?  Notice—they did not give alms to the man, they did not inquire as to his needs or seek after his welfare.  Yet Jesus saw him as an individual, created in his image.  And though the man asked him for nothing, Jesus saw him and healed him.  Jesus responded with mercy, with compassion.  Let us see and be similarly moved to inquire, to listen, to touch, to render attention ~ with mercy and with compassion.
“Lord God, help us to see better… to see individuals who might be in need of love, a hand up, a kind word, food, clothes . . . let us see and be moved. Amen."
Christine
PastorWoman.com 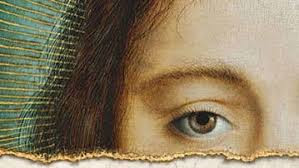