The rains are here in this part of the world and unfortunately my windscreen wiper started to malfunction as I was driving some days ago. As in, it just stopped working! It was indeed an uphill task driving a little distance without a need to use the wiper. If you have ever driven in rain with a bad or malfunctioning windscreen wiper, I am sure you would understand what I mean. If you haven’t, when driving in a heavy rain, don’t use your wiper for two (2) minutes and I’m sure you’ll get my drift. I have learnt from that experience that little things do matter. This is a little, cheap and probably minor part of a car that we hardly use except when it’s raining, however the importance of this inconsequential part cannot be overemphasized especially when it is needed during rainy periods! 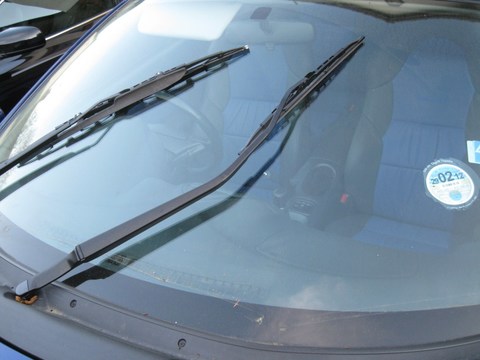 One of the most important and distinguished parts of a car is the engine and most times, everyone just wants to be sure their engine is functioning well. We take our cars to the garage and have our mechanics and car engineers check them out, do a routine service and change the oil often, but I tell you, sometimes, a wheel stud or bolt not well fitted, as small as it is, may be catastrophic. And just like I said, a windscreen wiper not functioning when it’s raining heavily could lead to disastrous outing if care is not taken.

The diminutive, inconsequential and wee things are the ones that matter the most in life. Someone said the most important and beneficial things in life are free and I agree. The air we breathe that we don’t pay for; you don’t know how blessed you are until you get to see someone who lives on oxygen. Water, which is the most important of the fluids we take, is absolutely free; you don’t get to appreciate that except you had lived in the times of the Israelites under the leadership of Moses and all they were faced with was the bitter water of Marah in a moment of great and enormous thirst. They murmured and cried out of anguish of thirst. Life itself is a gift which we never get to pay for. How about good health, soundness of mind? A lot of people pay for these things heavily.

There are many examples of little things in the bible that became the mighty things which we now talk about. I like the story of the LITTLE boy whose lunch was used to feed thousands of people. One of the disciples—it was Andrew, brother to Simon Peter—said, "There's a little boy here who has five barley loaves and two fish. But that's a drop in the bucket for a crowd like this- John 6: 8-9(Message version). He was a little boy who was sold out to following Jesus, He was probably on his way back from school and he thought to hear the Master preach, whilst many of his peers were with their parents at home. Children would ordinarily not be fascinated by a sermon, talk less of following a crowd of people listening to the Saviour preach. Have you ever seen children run around in church during sermon times? They care less; they just want to have fun. But here was a little boy, who was following Christ; He wasn't lost in the crowd as it were because he was quick to be identified. He was quite close to the disciples, at the forefront of the activities. Secondly, he was mature enough to give up his lunch pack. A lot of children don’t want to part with their food or biscuits or sweets. But I am almost certain this little boy wasn't persuaded to give up his food. He probably walked up the disciples to make the offer.

Okay, down to the essence of this post, the little boy became known and he was mentioned in the bible, unnamed though. The widow’s little offering was acknowledged by Christ and her name was worth mentioning in the bible. We know her offering as the Widow’s might. David’s little stone sank the mighty Goliath. Moses’s small rod parted the red sea. The Widow of Zarephath’s small flour which she gave out to Elijah as bread launched her into the realm of unlimited supplies forever.

Imagine your eye deciding not to function one day. Little as it is, a day without your eyesight functioning well could be devastating. I marvel and God’s greatness and thank Him for people like Cobhams Asuquo 1  who has risen beyond the challenge of blindness to make a positive difference in life. People with perfect eyesight are not even doing as much as a quarter of what He is doing. Can you imagine having an injury in your baby finger/ pinky? It affects your body immensely. The brain gives you constant signals about that pain. A bad tooth renders you useless until you use some medication.

Yes you may see yourself as little but the truth is you are important in God’s agenda. Your little is what God needs to reach the world. Little in many places will make an immense impact.   In your own little corner, brighten the world, lend a hand, and put a smile on people’s face. I have seen some people that all they do is dance and it brings joy to the hearts of many. When last have you visited an orphanage?  Maybe you should look for one around you and share the love you have with them. Let’s help the hurting, feed the poor around us, and clothe those who don’t have. It may be little but Heaven acknowledges it. Such sacrifices are pleasing unto God.

Yes it may be little, but it is significant! It may be little but if you don't do your part, you are creating a gap. You were created to fill a gap. Who has despised the days of little beginnings? You are meant to be indispensable!

1. Cobhams Emanuel Asuquo is a Nigerian song writer/music producer per excellence who started his professional training as a lawyer, but later branched into music full-time to fulfill a lifelong desire. (Wikipedia)