The Road to The Cross 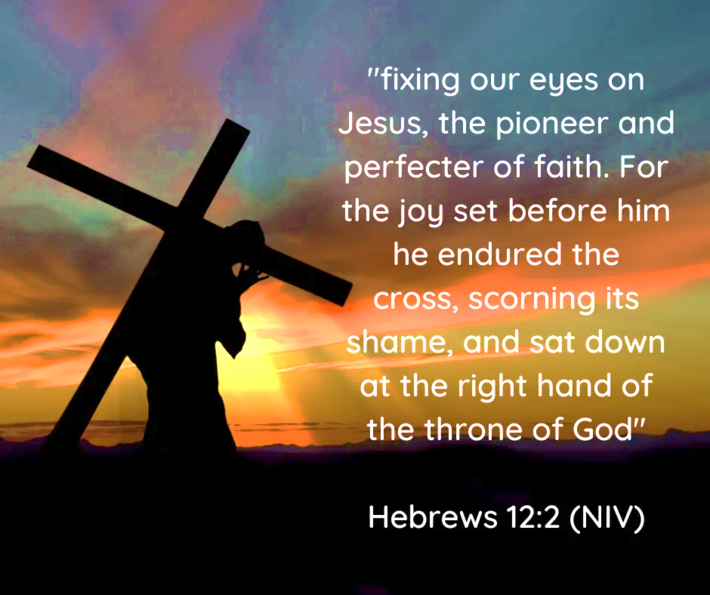 When We ALL Get To Heaven

THERE ARE SOME THINGS THAT WE CAN LEARN FROM JESUS’ EXPERIENCE WITH SUFFERING.

31 Then Jesus began to tell them that the Son of Man must suffer many terrible things and be rejected by the elders, the leading priests, and the teachers of religious law. He would be killed, but three days later he would rise from the dead.

32 As he talked about this openly with his disciples, Peter took him aside and began to reprimand him for saying such things.

33 Jesus turned around and looked at his disciples, then reprimanded Peter. “Get away from me, Satan!” he said. “You are seeing things merely from a human point of view, not from God’s.”

As Jesus talked to his disciples, they took him aside and told him that He shouldn’t be saying such things about Himself that He would be suffering and dying.

Jesus turned and looked at them, and said to Peter,

“You are just seeing things merely from a human point of view, not from God’s”.

It is true that no one wants to hear about suffering and dying.

In some circles today, they would correct Jesus, by telling Him that He needed to be positive!

You’re a winner, Jesus! So, stop with all the dooms day talk!

First of all, who says we aren’t supposed to struggle or suffer in life?

Who says that there is no inherent value in the challenges of life?

Who says that pain and suffering are supposed to be avoidable evils?

REMEMBER JOB’S COMFORTERS IN THE BOOK OF JOB?

Some so-called friends heard about Job’s misfortunes and personal suffering and they came to see him.

8 My experience shows that those who plant trouble and cultivate evil will harvest the same.

9 A breath from God destroys them. They vanish in a blast of his anger.

In other words, if you are suffering and experiencing pain and loss, you must have done something wrong, or God would not allow this to happen to you.

However, Job knew that this was not the case.

He had been a good guy and now his life was in shambles, but it wasn’t because of sin on his part.

2 - Dear brothers and sisters, when troubles of any kind come your way, consider it an opportunity for great joy.

3 - For you know that when your faith is tested, your endurance has a chance to grow.

4 - So let it grow, for when your endurance is fully developed, you will be perfect and complete, needing nothing.

The Apostle Paul also taught, that because of our faith, Christ has brought us into a place of highest privilege, where we now stand, and we can confidently and joyfully look forward to sharing God’s glory. (Romans 5:2)

No one wants to see a friend, or a loved one, experience suffering and pain of any sort.

They were close friends with Jesus.

Yet, because of their Messianic hopes, they did not want to hear Jesus talking about suffering and dying.

They wanted Jesus to skip over the hardship stuff, and go straight to being the Messiah and Savior of the world.

“I have come down from heaven to do the will of God who sent me, not to do what I want.”

Unfortunately for Jesus, but good for us, the will of God entailed a little detail along the way, which was the cross.

Well-meaning people want the best for us, but they may not know, or understand what is best for us.

What is best for us, may look a lot different to other, than it does to God.

And Jesus perceived what his disciples were saying as a satanic attempt to dissuade Him from doing the will of God.

NOT ALL CHOICES ARE EQUAL

THEN WE MUST SEE THROUGH IT NO MATTER WHAT!

Sometimes following Christ can be difficult, and even life threatening.

But when we are following God’s will and facing suffering; follow Christ example.

See through the current situation to what will be beyond it.

34 Then, calling the crowd to join his disciples, he said, “If any of you wants to be my follower, you must give up your own way, take up your cross, and follow me.

35 If you try to hang on to your life, you will lose it. But if you give up your life for my sake and for the sake of the Good News, you will save it.

There was a little boy and it was his first day as a first grader.

He had come up through pre-school and kindergarten and now he was in first grade.

Accustomed to going home at noon in Kindergarten, he was getting things ready to leave when he was supposed to be going to lunch with the rest of the class.

The teacher noticed and asked, “Ryan, what are you doing?”

His teacher tried to explain that now that he was in first grade, he had a longer school day.

She said, “you’ll go to lunch with the class now, and then you will come back to the room and we will do some more school work before you go home.”

Ryan looked up at her in disbelief, and then seeing that she was serious, he put his hands on his hips and demanded, “Who signed me up for this program?”

Being a Christian is probably as easy here in the United States as anywhere on the planet.

But a quick look at The Voice of the Martyrs web site is a sobering experience.

Religious intolerance is the rule, rather than the exception in much of the world today.

Jesus was very upfront with those who chose to become his followers.

On one occasion he told them, that when the world hates them, to remember that it hated Him before it hated them.

Since Jesus was persecuted, naturally they would be persecuted too.”

Jesus never pulled any kind of bait and switch on his followers.

Being a Christian is about taking up and carrying a cross of suffering.

We need to remember that when Jesus was on trial before Pontius Pilate,

He said His kingdom was not of this world.

This has not changed; His kingdom is still not of this world.

WHEN WE SUFFER, WE HAVE TO SEE THROUGH IT, TO SEE WHAT IS TO COME!

We need to see what’s on the other side of the suffering!

One regret I have is that I never learned to play a musical instrument.

Of course, there is a reason I never did…

I do not know music because I never learned music.

In the1990’s there was a study conducted on randomly selected children as they picked out and learned a musical instrument.

Some went on to become fine musicians and others did not.

The traits that separated those who became proficient and those who did not was not I.Q., math skills, socio-economic class or even a sense of rhythm were not determining factors.

The best predictor was a question asked the students before they even selected their instruments:

How long do you wish to play?

The students who wished to play a short time did not reach proficiency.

The students who said they wished to play for a few years had modest success.

But those who said in effect, “I want to become a musician and play my whole life,” soared.

Those who were willing to do all the lessons, practices, rehearsals, recitals, performances, and who played for the sheer joy of it, those who saw through all of that, soared because they had their eye on the prize!

This is what Jesus was talking about in this text.

Jesus said, “Anyone who wishes to be my follower must take up his own cross, and follow me. If we try to keep our lives for ourselves, we will lose it. But if we give up our lives for His sake, we will save them. (Matthew 16:25)

So, if in this life we carry a cross of suffering, let us see through it, to what will be, we will soar!

Dear Father none of us like to think that we might go through suffering. Jesus showed us that we can look beyond the suffering right now to what will be. He willingly suffered and died for the sin of the world to redeem us back to You on our own we could not save ourselves. Dear Father we look to the day when all the suffering of this world will be over and we shall spend eternity with You, Father, Son, and Holy Spirit, amen!