A tough letter to write. 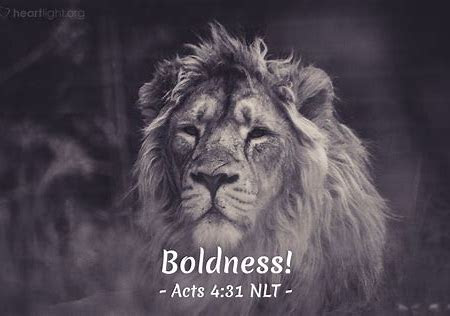 Liaten to this podcast here:  https://www.pastorwoman.net/podcast/episode/2785da55/a-tough-letter...
Just imagine the pen was in your hand, having to deliver this news.
Shalom aleykhem. I am sorry to bear this news to you, but want you to know all I know about your son, Stephen. It is with deep regret that I tell you that Stephen has been killed--stoned to death on false charges. All of us loved him and respected him so much that we had chosen him to be one of the first seven men who would serve our community as a deacon, particularly helping serve those in need amongst us.
There was something special about Stephen; he seemed to have an extra measure of God's grace about him. The Holy Spirit actually equipped him to do miracles among the people! This drew the scrutiny of the Sanhedrin, (the Jewish high court of 72 men), who concocted a plan against Stephen, going so far as to bribe several men to tell lies against him. They said Stephen was a traitor to God and Moses; though clearly a lie, your son was arrested nonetheless.
Once his trial began the same people who had lied about him showed up with more lies, saying Stephen had spoken against the Temple and against the Law. Being devout Jews yourselves, you know how crucial the Temple and the Law are to our faith so when that lie was uttered, it seemed the whole council turned their heads as one to size up Stephen, as to whether or not he would be capable of such a saying, and when they did, Stephen's face fairly shown!
When the high priest inquired of Stephen as to the truth of the accusations, Stephen stood up and without missing a beat, launched into an impassioned recounting of Jewish history that only a faithful Jew could cite so accurately--from Abraham and the birth of our faith, and going right on through the building of the Temple.
Though I know the story well, I shall never tire of how God continued to deliver his people, as time after time, they turned their backs on him. Stephen started with God’s call of Abraham, and discussed Isaac, Jacob, and God’s leading of Joseph… how God brought the Israelites out of Egypt under Moses' leadership. Then, after Joshua led our people into Canaan, there were God's explicit instructions for the Tabernacle to be built. And as you know, Solomon, David's son, eventually built the great temple. Then something seemed to snap inside Stephen, as he could restrain himself no longer before these men, and yelled at them, 'You pagans! Your ancestors always murdered the men who predicted that Jesus would come! And then, when He did come, YOU murdered him!"
Well, the council (the Sanhedrin), was absolutely infuriated by Stephen's words. . . and then to make matters worse, Stephen looked up toward Heaven and said, "Look! Heaven has opened up, and I see the Son of Man standing at the right hand of God!"
They began shouting at him and then someone picked up a rock and threw it at him and he began to run, and many ran after him. He ran through the city streets trying to get away and though he made it just out of the city gate, it was there they smashed him with rocks. I am so sorry. You would have been so proud of your beloved son, because though he was bleeding and stunned, he cried out, "Lord Jesus, receive my spirit"--and just before he collapsed, he even said, "Lord, do not hold this sin against them." While it does not even seem possible, Stephen died at peace--may God rest his soul.
Our congregation prays for you and yours. Please do the same for us here. . . the pressure we are facing for serving Jesus as our Messiah is
intense.
With sincere greetings and love, I remain your obedient servant,
James
Bob Dylan sang 'You gotta serve somebody' long after an ordinary guy named chose to serve God by serving his people. While a regular guy, he was so filled with the Spirit's power he actually did miracles among those people he was serving!
And then, when asked, he could tell the story of a mighty God who had always been at work in his people, including sending the Messiah as he promised he would do.
Take a look in the mirror. Who are you serving in the kingdom of God?
And when asked, can you tell someone why you love God?
Finally, are you willing to stand your ground about your undying faith in Jesus Christ?
Stephen ~ a true hero, cut down at your prime ~ yet your life still speaks to us today. I look forward to meeting you in Glory one day.
"Even If"~ https://www.youtube.com/watch?v=K6B8SjPxo8o
With love,
Christine
PastorWoman.com