A Good Name is An Ever Blazing Flame 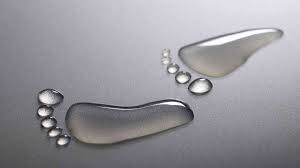 A sterling reputation is better than striking it rich; a gracious spirit is better than money in the bank. (A good name is to be chosen rather than great riches,

Loving favor rather than silver and gold) Proverbs 22:1- MSG /NKJV

I have selected just a few names of some of the most famous people who have lived on the face of the earth and my list above contains the names of men and a woman; people of calibre who were America’s Past Presidents, Industrialists, Philanthropists, Inventors Composer, Preachers and Businessmen. You will find something common amongst the names mentioned however; all are dead, and they were people who influenced and impacted their world immensely. The inventions, songs, books cars, bulbs, they have left behind are still a source of pride to humanity and generations yet unborn. Unarguably, their names are and will be ever relevant for decades and millenniums.

How will you drive a Ford car without remembering Henry Ford? or Thomas Edison- a man who invented devices that greatly influenced existence all around the world. He used to be ranked as the most prolific inventor in the world and has only dropped to number four on the list because of some other up-coming ones who are still alive. Time will not permit me to enumerate the exploits of all of them but also worth mentioning is the life of Mozart, a prolific and influential composer of the classical era. I will not fail to mention the exploits of Kenneth Hagin, often referred to as the Father of faith. Indisputably, his influence in the circles of the charismatic movement will continue to wax stronger from generation to the ones unborn as He authored many life- changing books and preached many sermons ; many of which we are benefiting from till date. A lot of people never met him physically but his messages will continue to reverberate till eternity!

What's in this to glean from ? A lot of people live for the moments; hustle for a living and amass wealth for their lifetime by all means whether morally acceptable or not. Don’t get me wrong, it’s a good thing to live well, fulfill purpose and become wealthy. After all, God gives us power to make wealth and He teaches us to profit (Isaiah 48: 17), but we must always remember that no one can cross to the other side of eternity with the smallest coin or the tiniest one dollar bill. No currency of the word is spendable in yonder!  That we are meant to live impact-full lives and live a legacy for posterity is an understatement. Don’t you find it amazing all the time that when someone is being buried, he takes nothing with him; absolutely nothing?  In some part of the world, you see robbers stripping buried corpses of the expensive items they are buried with.  It only shows that the things we hustle for in life are ephemeral, and there is nothing important as leaving the legacy of a good name for posterity.

Let’s not forget that when all is said and done for you and I, the only thing we’ll be remembered for would be what we have done whilst here. Our names would be written in full, followed by those two important dates, separated by a hyphen as seen in the list above. The hyphen may be a small punctuation mark, but it represents a sum total of what everyone represented in life. Your purpose, actions, reactions, relationships, associations, decisions are all what make up that hyphen. Many times, nobody wants to talk about death, but unfortunately, it’s a reality EVERYONE must face. We all pray to live long and enjoy good health but many have been taken away when they least expected.

A good life gets passed on to the grandchildren; Ill-gotten wealth ends up with good people (22.Good people leave an inheritance to their grandchildren, but the sinner’s wealth passes to the godly). Proverbs 13: 22. MSG/NKJV

Everyone loves to associate with successful people because of their reputation. When I say successful, I mean success in the real sense of it.Success that doesn't suppress or repress the rights of others.  A person is not successful  just because they string together musical notes and they are widely acclaimed singers. I am referring to people whose lives are worthy of emulation amongst humanity. People who do not only have their interest at heart but who believe that with their gifts and talents, they are here to affects lives positively. If a letter is written to Nelson Mandela, without an address and erroneously it gets lost in Australia or some remote part of Russia, I can bet that somehow, the letter will find its way to South Africa! That’s what a good reputation does. Generations unborn will reap the dividend of the good seeds a great grandfather has sown. Not everyone would be popular and known all around the world, but in your own little corner, you can be committed to helping lives.

Whilst at this, it’s a good time to celebrate my Pastors; Sam and Nike Adeyemi- Senior Pastors of  Daystar Christian Centre, Lagos Nigeria, West Africa as the church marked its 18th anniversary on November 18th, 2013. They are worthy of appreciation for living selfless lives and for being an immense source of blessings as they continue to raise role models for this generation. A special shout also, to every single person living selflessly and making efforts at positively affecting people around them. You may not be known, but be assured that God; your creator and the judge of all knows you and what you are doing. 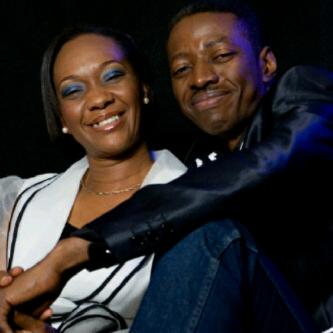 Now unto God who is able to give unto us enduring legacies on earth, just as He gave Jesus Christ our Lord a name above all names, because He humbled Himself and submitted himself to be offered for the sins of the world; by His grace, may we also be known as people who affected their generation; long after we are gone.

Above all, It is important that we have our name written in the book of life. Ah, what a terrible thing it will be for one to have his/her name on the lips of everyone from one generation to another and still end up in hell because they didn't receive Jesus. Let's make the world a better place, but let's make sure we have our names written in that book of Life in the presence of God Almighty

If you haven't given your life to Christ, please go Here

Daystar Christian Centre is at www.daystarng.org