The heavens declare the glory of God, and the sky displays what his hands have made. Ps 19:1

God has made us what we are. He has created us in Christ Jesus to live lives filled with good works that he has prepared for us to do.Eph 2:10

Yes, God has fashioned us into who and what we are. He gave… Continue Thanks to all my friends here on All About God....for all here have a safe and fun [Holloween-it's all about God]

Only a person who is rejected knows the pain of a love failure? Can God understand the pain of Love Failure? When you know your dream is demolished right in front of your eyes, do you think God really understand pain the way you did?… Are you a healthy tree?

City folk like to plant lemon trees somewhere in their yards—have you noticed?  In my area, olive trees have been en vogue for a while, too.  And while I grew up in a coastal…

romans chapter 12 vs 19 is my favorite bible verse

it goes vengence is mine,ill repay saith the lord. this means god doesnt like it when people disrespect us,reject us,hurt us or let us down.he believes in payback.he mentions forgiveness,but he believes in revenge too and cant stand unfairness and injustice. sadly when we try to get even we can get in trouble,but when god pays people back for their wrongs.he cant get in trouble,you cant report god,he cant be arrested.he is above the courts,judges,cops and etc.i love the fact that sooner or… 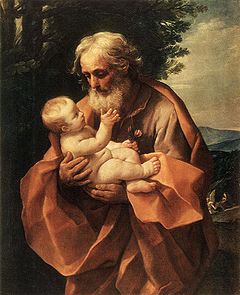 The way of the wicked is an abomination to the Lord, But He loves him who follows righteousness.

I take your hand sweet Jesus. 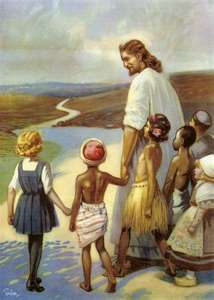 that you may walk worthy of the Lord, fully pleasing Him, being fruitful in every good work and increasing in the knowledge of God;

THE LORD STILL WEEPS FOR US

SO LOST IN HIS PRESENCE I FELT HEAVEN I COULD REACH

I was sending a greeting to my daughter and found a really funny cat picture with OMG shes coming home on it. Harmless greeting I thought, but then I got to thinking about OMG , how commonly this is used and inded the phrase 'oh, my God', when we are shocked or in exclamation. I wondered is this truly blastpheming as it is so common place, when I hear Jesus' name used inappropriately I am saddened and know its clearly wrong, but when I say 'Oh my God', or hear it, I dont 'always' feel that… Continue

"Hello, Ann," A woman's voice spoke from behind us. "Heather,” the voice continued, as we turned our faces toward her.

"Clara," Heather responded; she quickly rose to face her. Heather turned to me. 'This is Clara, who is very beloved to us here."

I rose to my feet also. "Hello, Clara," I said. She was absolutely the most beautiful creature I had ever seen. This…

I Fashioned a Crown

I fashioned a crown
By an innocent man it was worn
This crown was not made of gold
But, instead, it was made of thorns

I forged three spikes
Though no hammer did I…

Acceptance the broad definition could be seen as, giving up one way of looking at things and seeing another. In this term we give credence to new ideas, there is a admission of truth we may not of seen before. Now, it does not mean how you saw things before was wrong, but it might. It will always be balanced on, why and how we see things. There are thing to be single minded on, but not when excludes Love of the Lord. The… Continue

Did you ever have preschoolers who watched Sesame Street?  There were these little dramatic sketches where viewers would be shown a group of four items, one of which was different from the other three, and they would have to identify the item that didn't belong … like here in Philippians 2—which doesn’t belong?  …

'' LORD SAYS THAT YOU WILL ''MAKE YOUR WAY PROSPEROUS''

IF YOU READ THE WORD OF GOD,
THINK ABOUT WHAT IT SAYS ,AND REPEAT IT EVERYDAY ''.…
Continue

Seek Saints as those whom their Savior loves, and whose intercession and prayer for the seeker He will be content to hear. For His own sake, He would have those He loves honored And when they are thus honored for His sake, then the honor that is given them for his sake overflows especially to himself. ----- St. Thomas More for November…