When I speak will you listen.

When I speak to you , how will you receive me ? When I come to you , what will you see ? When I reveal to you the coming glory, whay will be your answer ? When that truck fell on you and you didn't get injured , who do you think was holding it off your neck, When you droved that truck in Vietnam off that road to Danang, who kept you from being tossed out ? That blade of grass that saved you from falling off that cliff as a child , who put it there ? Now look back David there was… Continue

When we pray we must be persistent and humble. Most of all we can't depend on our own resourses to get us through problems. We need to trust God and His strength.
One of my favorite stories concerns a bishop who was traveling by ship to visit a church across the ocean. While in route, the ship stopped at an island for the day. He went for a walk on a beach. He came upon three fishermen mending their nets.
Courious about their trade he asked them some questions. Courious about his… Continue

"I have found the paradox of life to be that when we love until it hurts there is no more hurt only more love."

Please pray for my entire family. We are in such a battle now and none of us are leaders. None of us are christ like none have access to people who truly love God. Battles toward my children yet I am the one breaking I am the one who is growing even weaker . There are no strong god fearing people in our lives. I e-mailed near by church and hmmmmm wow no one responded. I was desperate and let them know we were in a bad way in need of christian folks and god. and no one freaking responded. This… Continue

Just as a quick side note, I have found 4 different types… 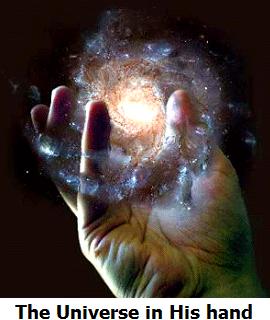 “Only girls have their ears pierced Grandpa!”

For the third time in the past three weeks, I listened to a different doctor explain to me that there was nothing that could be done to stem the progression of the multiple sclerosis as it continued the deterioration of my brain and the destruction of my body that had began 17 years ago. No surgery, no new drugs. No wonders of medical technology producing…

“And coming near, his disciples awakened Him, saying, Lord, save us! We are perishing.” Matthew 8:25

Perishing - Do you realize that we are in the boat with Yeshua? If the boat sinks, He sinks with us. That’s what Paul had in mind when he said that if the Christ isn’t raised from the dead, we are the most miserable of all. If the boat sinks, we all go down.
The disciples didn’t see the irony of their situation that day on the Sea of Galilee. Of course the waves were crashing. Of… Continue

A couple days ago, I was in a conversation with one of my Long Beach friends, who we affectionately call ‘Vodka Steve’, though he is just
about to enter a rehab program—thank goodness! (Intelligent
and gifted, Steve was a long-time sales executive for Dupont, though
first drugs and then alcohol have almost destroyed his life. With the help of a counselor from the Village, and clinging to his…

Please Open Your Account In Heavenly Bank
1. Reason
"Do not lay up for yourselves treasures on earth, where moth and rust destroy and where thieves break and steal."
"But lay up for yourselves treasures in heaven , where neither moth nor rust destroys and where thieves do not break in and steal. Matthews 6:19, 20
2. Who Can Open his Account.?
Who accepted Lord Jesus Christ as their…
Continue

The idea that there could be a sin so grievous to God that it will never be forgiven, is a very scary…

Hello my brothers and sisters in the Lord, i got this beautiful message via e-mail, it speak to my heart, and blessed me so much, I believe it will bless you too as you read it.
May the Lord unfold the petals of your life beautifully.
Remain blessed.
Your sister in HIM.

GRACE BE WITH YOU

GRACE BE WITH YOU
FOR IT IS WRITTEN,I WILL BAFFLE AND RENDER USELESS AND DESTROY THE LEARNING OF THE LEARNED AND THE PHILOSOPHY OF THE PHILOSOPHERS AND THE CLEVERNESS OF THE CLEVER AND THE DISCERNMENT OF THE DISCERNING; I WILL FRUSTRATE AND NULLIFY THEM AND BRING THEM TO NOTHING.1ST CORINTHIANS 1:19

BUT THEIR HEARTS… Continue

PSALM 126 DEVOTIONAL-IS ANYONE OR ANYTHING BIG ENOUGH TO STEAL YOUR JOY?

THEY THAT SOW IN TEARS SHALL REAP IN JOY.

For every hurt ever dealt to us, every pain inflicted on us and any adversity that threatens to fall upon us we are told by Our Heavenly Father to never be discouraged. From God comes this promise that our tears and sorrows He will turn to Joy. There is no man or anything in this world that can steal the joy that lives in our very hearts and souls. Many will come and attempt to strip us down to the bone but they cannot touch our… Continue

Surrender to God - If I Do That, What Am I Giving Up?

If we surrender to God, what are we giving up? Does it mean, as it does for the enemy in battle, to give up on victory in our lives? Is God holding a gun to our heads and forcing us to give Him everything we have, like a bandit or mugger might do? To be sure, there are those who are willing to portray God in that way, especially where self-gain is involved. But when we come to know the true character and nature of God, we quickly discover how false that image is.

Faith, Full of Faith, and the Faithful.

What makes having faith such a challenge? I fear that sometimes it is the ‘faithful’. I was painfully reminded of this again today.

Invited into a desperate situation, I went to pray for the healing of a Christian woman stricken with brain cancer. A large, loving…

Sooner or later, everyone will be beat up, battered, bruised, and burned out by the dailies of life. Good news! God is Lord of all of your life. List every need and emotion that you are feeling, no matter how small they seem. After you have acknowledged all your emotions and needs, go through the names of God until you find the expression of His character that meets each need. For every need, there is a corresponding attribute of God. Affirm that God is still God, no matter how you feel. Have a… Continue