Your Bible – not in chronological order

Your Bible – not in chronological order.  Matthew 8.…

After the verdict ... what's next?

I woke up this morning to the understanding that as a Christian man I no longer hold a valid opinion, or at least this is how it appears in our society today. When discussing any hot topic, including the one the Supreme Court of The United States recently ruled on, you will find that if a Christian stands for his or her beliefs that many authors of articles, bloggers and other talking heads will attack our beliefs and attempt to demean us by calling us names such as haters, homophobic,…

One of these things is not Like the Other

One of these things is not Like the Other.

While it is not necessarily a current saying, it applies to current events.

I’m a flipper…or is it a puncher? Of radio stations, that is. Driving in my car the other day, I was listening to the BBC, and caught an interview with a Canadian mother, whose son had recently moved to Syria to join ISIS. Even though the thought of a young man leaving a free society to be part of a violent, evil…

What does a Christian Believe? Part two.

What does a Christian Believe?  Part two.

The value of our purpose

We are sent to this world to show Jesus Christ through us. There is a bigger price on the table, which is eternal life. Would you rather enjoy worldly pleasures and ignore about the life after or seek the Kingdom of God First and ignore the worldly pleasures to become like Christ? God does want us to enjoy life, but a life without Him is NOTHING.

Psalms 8 is a blessed chapter that explains the importance of our purpose. As the Bible says we are the Chosen Generation for Christ, so… Continue

Devo- Our Lives, As Seen in the Old Testament

I have found that reading parts of the Old Testament takes a lot of patience. Not only are names, numbers, and kingdoms sprinkled through seemingly every verse, God's people were downright forgetful, selfish, and stubborn. Especially after Joshua's death, the Israelites (the people of Judah particularly), spend generations after generations, king after king​, building up altars to foreign gods and tearing them down. When the land seemed to be "cleansed" of evil, the king's successor… 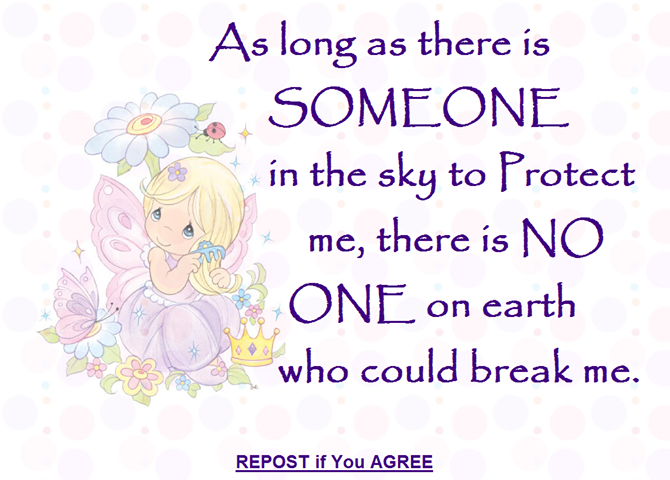 Dads come in all shapes and sizes, all different shades of skin—some with a lot of hair, some just a little, some with none at all. Some are young, some are old, some are grandpas, and some seem to be still wet behind the ears. Some dads are paid great honor and tribute by their children, while others are only made aware of their shortcomings and failings. The first human being God ever created also became the first…

What does a Christian Believe? Part one.

The year was 1979, and I was a student at Bethel College in St. Paul, Minnesota. One night, a group of us went to hear someone speak about the truth of Christianity. He was articulate, passionate, intelligent, very well read and studied, and I found my mouth hanging open a few times at the authority and power with which he spoke—his name, Josh McDowell.

Why do I describe his…

When the Rains Come …

Give me the Tools for More

After a very long day in the classroom, I exited the Harvard building, headed out into a cold, windy evening, and walked quite a few blocks to a restaurant where many of my classmates gathered for a late…

Keep Your Eyes on the Son

In my new home, there are many many areas that I can work on by planting my plants, flowers, yard décor or whatever suits my fancy. These areas have already been established somewhat & I pretty much have a blank canvas as far as flowers go. They also have a good foundation to work with. There are palm trees in some areas. In other areas, I have Yucca Elephantipes, Cordyline Australis Atropurpurea, beautiful hot pink Snowball Bush, Day Lillis, Lemon tree, Peach tree, beautiful Pine Trees…

Profile of the Obsessed, Part 1

I arrived at the address and honked the horn.

After waiting a few minutes I honked again.

Since this was going to be my last ride of my shift I thought about just driving away, but instead I put the car in park and walked up to the door and knocked..

'Just a minute', answered a frail, elderly voice. I could hear something being dragged across…