I'm not a "date setter." The Bible does not give us license to do that. Jesus said that no one knew the day or hour of His return--not even the angels in heaven--only the Father. BUT--He did tell us to watch. He told us that we would know His return was near by the "signs of the times."

Israel is the place to watch. The Jews are still God's Chosen People. He has not--He will not forget them. The Bible speaks of the turmoil Israel and all… Continue

Is Jesus coming in our lifetime?

A couple minutes ago, I have read about the news, aligning along with the prophecies. Also, viewed two clips from endtimes minstries. I have wondered if our generation is in the endtimes, should we warn others or patiently wait for our Lord to return? Here is two video clips that I have viewed.…

I'm looking over a bill for one of our deceased. The man from the funeral home called several times, "is there someone? anyone?" he asked each time. There is no one. The funerals will be tomorrow, no one will attend, There is no family, no friend, there is a court-appointed guardian who could not return my calls three months ago, she didn't seem to care much. Noone cares, here and there, someone said some nice things, "oh he was nice" "i can't believe he's dead" but not much more, life will go… Continue

God, I know that You're for me.
You answer every cry I make to You.
Whether I'm singing Your praise or crying out in hurt and pain, I know that You'll answer me in the way that's Your will.
I thank You for being there for me through good and bad times.
Your love has seen me through some tough times recently, but now my life is on the up again.
And I just want to praise Your name.

Written 10th June 2008 during a healing meeting in magh… Continue

Lord, I know that at times I am too quick to judge
I know that I should be more gracious even when people have done bad things
Lord, You know my heart
You know when I judge
Help me to show Your grace no matter what people have done
You are the only one who can judge wrong doers who do the things which are not Your will
I ask this in Your name

I was reading a news article today re: a speech Sen. Obama made to a chritian group. Apparenty he quoted the Old Testament, then stated our defense dept couldnt live by the teachings of Christ at the sermon on the mount.

Of course I read the sermon on the mount after reading this article.

One Sunday night at church we discussed The doctine of Christ vs The Doctine of Man. How people take scripture and "change" the meanings to fit their life and their needs. It is what it… Continue

Depression, I mean, since 3rd grade.

No, seriously, I did.

Now I'm in my 2nd year of High School... and it's not getting better, maybe a little, but it definitely isn't noticeable.

I cry. I sulk. I blame everything. Sometimes.

I don't know if there is a general prayer written for AllAboutGod.net or not so I have had a go at writing one myself,for anyone to use as they feel the need.If you think it needs editing in any way?,needs to say more or less feel free to let me know, I'm not the best with words,anway here it is.Prayer for AllAboutGod.net.I prey to our Heavenly Father,that you armour and protect AllAboutGod.net from any person or thing that would disrupt the great love and goodness this site has on offer,but… Continue

Last July was a terrifying experience.
I lost my job out of betrayal.
I had some drinks that consecutive nights, I felt like Christ has deserted me again.

Never seemed to be able to face the reality, that as a so called Christian, I failed in every aspect. Not been able to attend church on Sundays, finding it hard to read Bible over the years.
What went wrong ? Why did I do ?
Need your advices and rebuke me if necessary.

When Dakota was three...before my saved days....we went to a cookout for my community band. Because we had the children with us Jon and I opted for soda instead of beer. Dakota dropped her bracelet into the pool, we she leaned over to look she toppled in. Praise the Lord...Jon and I, perfectly sober made it from the florida room to the pool quicker than… Continue

The gateway to a renewed mind and a sanctified imagination, begins when we start using the form of meditation and use of our imagination in the childlike ways God intended. This is the key to seeing in the Spirit and moving in the demonstration of the Spirit by understanding the language of God. He speaks in many different ways but the inward Kingdom’s tuning is the key to understanding the heart of God all around you. Inward to outward. Depth to heights. Romans 12 calls us to the “renewing of… Continue

Pray for our Troops and our leaders!

My brother, Daniel was sent over to Iraq and completed his duty in Feburary 2008. Now they are calling him from the reserves to go fight in Afghanistan in September. Please pray for my brother! Pray for the safety of all our troops and the situations that are happening overseas. Also for the families that have lost loved ones and those that are dealing with injuries for the rest of their lives. I will update this periodically. God Bless America and all that love Him!

HOW TO BE BORN AGAIN

For God so loved the world , that he gave His only begotten Son , that who soever believeth in Him should not perish , but have everlasting life. John 3;16
But as many as received Him , to them gave he power to become the sons of God, even to them that believe believe on His name. Which were born , not of blood , nor of the will of the flesh, nor of the will of the man but of God. John 1:12, 13.
Jesus answered and said unto him , verily, verily , I say unto thee. Except aman be born… Continue

The Quest - by: David Damien

For most of my Christian life, I have felt like I was on a quest for something more. I'm sure many of you can relate to this feeling. No matter how wonderful things are in my life or ministry, I have this deep cry in my heart, an insatiable desire to see the glory of God made manifest in the earth through His Body and for the name of the Lord to be feared and honoured even among those who don't yet know Him.

Before the foundation of the world, God had a Dream. It was a dream of a family and a home.

God created the earth in all its majesty and wonder and within the earth He layed a jewel of beauty – a garden. And the Lord God took the man and woman that He had created in His very own image and likeness and made the garden their home. And there He rested in intimate fellowship with His… Continue

The 8th of June 2008 was a very special day for me, it was the day I professed my faith in Christ Jesus.
My journey to Christ was long and the road was rocky, but what I found at the end was worth more than the pot at the end of a rainbow. It was more than the eye could see or the heart could yearn for. It was a new life, a journey, a completeness, a whole new world.
For my baptism I prepared a testimony which my Minister read at the service. To my surprise the words read out had a… Continue

Ok, so my big thing right now is working on what I call my "temple sins", but how many do I hav eto work on at a time??

My sister in law called and gave me a big slap in the face tonight. Her boyfriends mom died this weekend of sleep apnea. Of course she knows that I have severe sleep apnea and not only do I not use my cpap....I left it in florida.

"Then He said to them all, "If anyone desires to come after Me, let him deny himself, and take up his cross daily, and follow Me." Luke 9:23 NKJV… 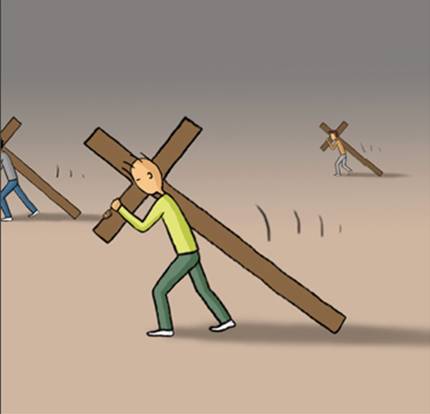 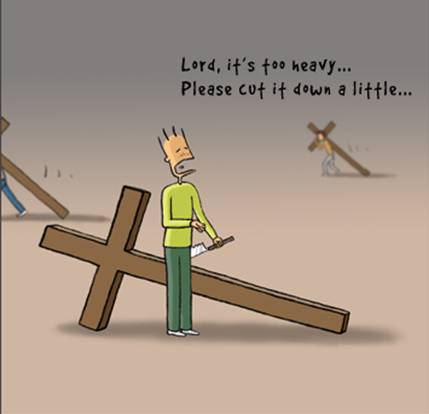 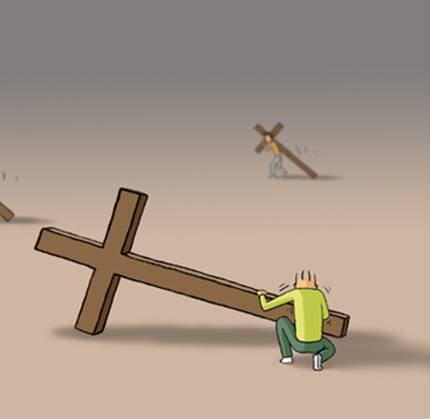 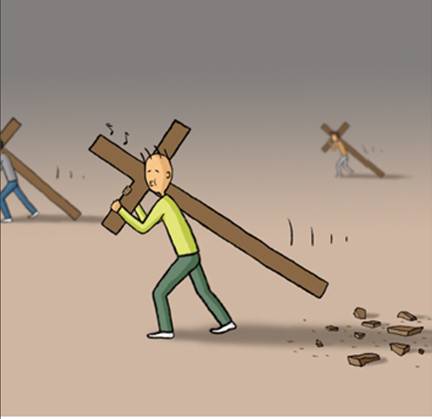 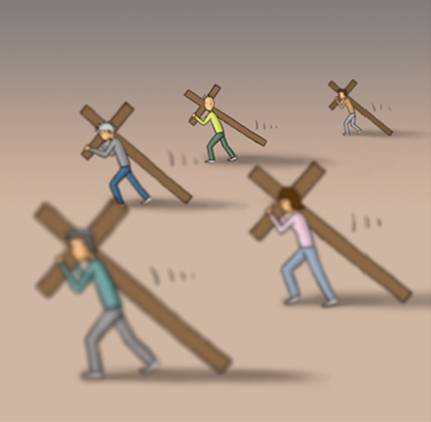 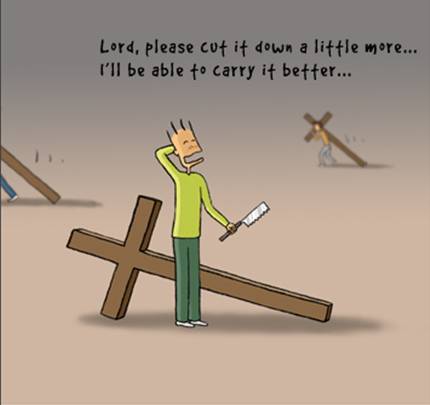 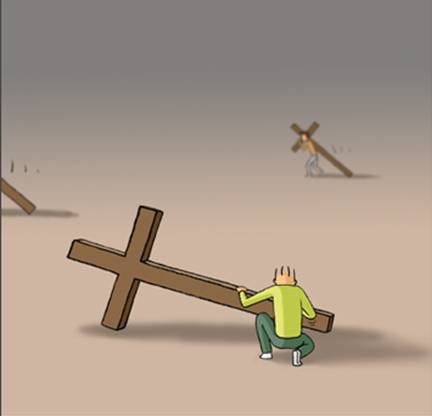 Put on the Full Armour of God

Friends, When you are being attacked by the enemy through:Lies against the character of God,

Deception about who you are,
Error as to the way you are going,
Believing accusations from Satan,
Feeling condemned, Puffed up with spiritual pride,
Attacked by persecution or lies,
Compromising the Word of God,
Passive and asleep,
Hit by a flaming missile of doubt, fear, or unbelief,
Having trouble with thoughts of guilt, condemnation, hatred… Continue