High and Lifted up 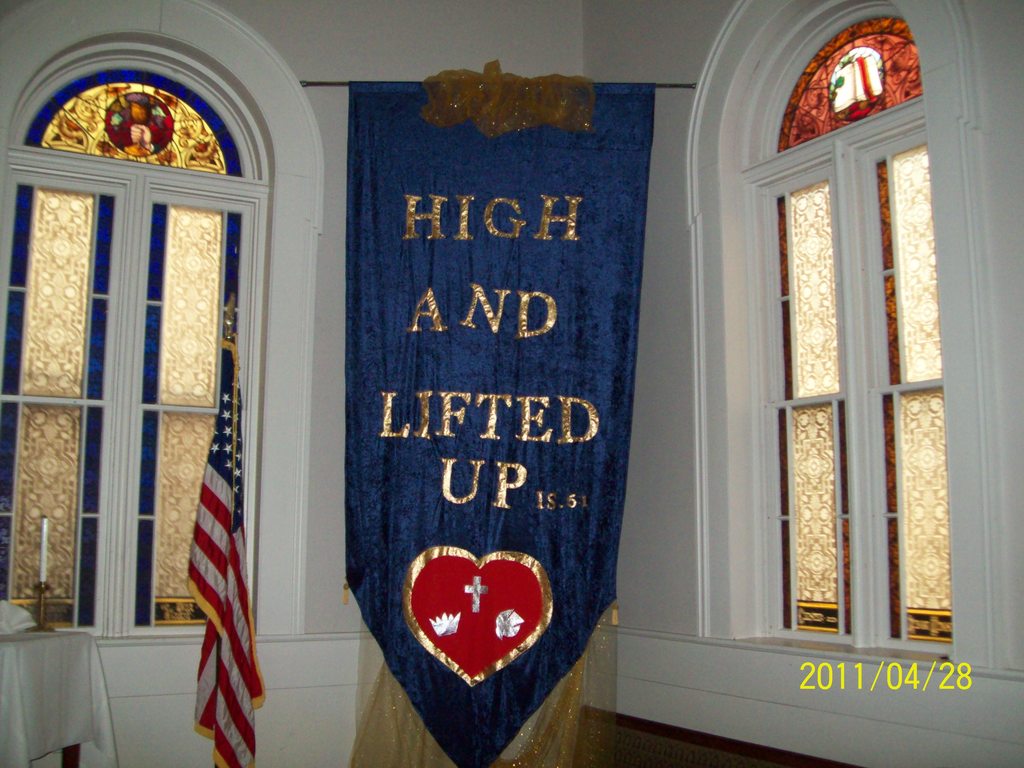 High and Lifted up

This is a true story:

There was a pastor who pastored in another country. He was in his office at his church, alone, sitting at his desk. A man, that he had never seen before, walked in to his office.

The pastor stood to his feet and said, "Can I help you?"

The man was dressed nice. He looked normal. Looked no different than anyone else. He nodded and said, "No. I've come to bless you."

The pastor replied, "Please. Take a…

Jesus showed us the way 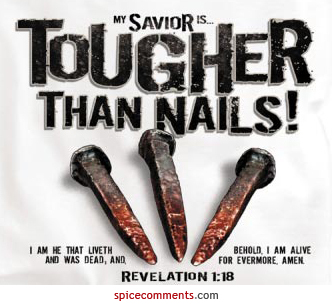 Good news from the Graveyard

Depressed and felling bad, one of the least likely places in

Which you would consider finding relief and release is a…

Have it your way

This article is written in the spirit of love. It is not meant to be argumentative or arrogant. Its purpose is to raise the question to those that think they are in the faith to examine their hearts and know they are truly in the faith. We all must search our hearts and know that we truly are saved by the blood of Christ. If the blood of Christ covers our sins the results of that faith will be a new life that produces good fruit and shows witness to…

" The righteous will flourish like a palm tree., they will grow like a cedar of Lebanon; planted in the house of the Lord, they will flourish in the courts of our God. They will still bear fruit in old age, they will stay fresh and green proclaiming, 'The Lord is upright; he is my Rock, and there is no wickedness in him' " (Psalm 92:12-15).

As people grow old, they cannot…

“We would never learn to be brave and patient if there were only joy in the world,” wrote Helen Keller. How I wish she were wrong. Disappointments leave us with the unpleasant task of squashing, crushing, and pinching life’s lemons to extract anything to transform into lemonade

Newspaper columnist Ann Landers once wrote, “Expect trouble as an inevitable part of life, and when it comes, hold your head high. Look it squarely in the eye, and say, "I…

Would you know it was Jesus?

Would you know it was Jesus?

Who else saw Jesus see after he had shed his burial clothes?

Now that same day two of them were going to a village called Emmaeus, about seven miles from Jerusalem. (Luke 24) They were talking with each other about everything that had happened. As they talked and discussed these things with each other, Jesus himself came up and walked along with them, but they were kept from recognizing him. This I do not understand--somehow, his…

YOU ARE INVITED TO A TALKSHOE PROGRAM

On Saturday, April 30th 2011 at 1 pm (AUSTRALIAN TIME) on the free Talkshoe.com program we will be sharing the Word of God by the invitation of Pastor Reva Ferrell Chaney of MOUNTAIN GET OUT OF MY WAY MINISTRIES, PHILADELPHIA, USA
IN AMERICA it will be April 29, 2011 at 11 pm EST.

Other countries will need to check their time…
Continue

Critical Summary of “What is Reformed Faith?” by John R. de Witt

The question of identity of Reformed community is not an easy task both historically and in the context of current society. This is difficult from a historical point of view due to numerous personalities whom we ascribe our origin. Within the Reformed persuasion, none claimed to rise above all others affirming that his voice is the most authoritative one. However having said this, if we want to understand the Reformed tradition from a confessional perspective, it is best to examine the… Continue

Summary of Simon Kistemaker's "Calvinism: Its History, Principles, and Perspectives"

The history section of the book has two parts: the biography of John Calvin himself and the development of Calvinism beginning from 16th century until the 20th century. The summary of life’s story of Calvin was divided into two stages: his period of development both as a person and as a thinker and his period of ministry.

His period of development starts with a remark on his superior…

A Brief History of Reformed Theology

The material of this article is taken from Herman Bavinck’s Reformed Dogmatics: Prolegomena Volume 1 pages 175 – 204. My goal is just to provide a brief overview of the history of Reformed theology. The first that comes to mind is the connection of Reformed theology with the Lutherans. Bavinck identifies that the major difference between Lutherans and Calvinists is one of principle. Calvinists think theologically whereas the Lutherans think anthropologically. This difference in principle is… Continue

I love The Holy Spirit.

I love my wife.

I love my daughter.

I love each one of my Grandchildren.

I love my Sister.  I now have thousands!

I love my Brother. I now have thousands!

I love my nieces and nephews.

The Epicenter of Christianity.

The Epicenter of Christianity.  Today's Scripture from Luke 24 and John 20

So Peter and the other disciple started for the tomb. Both were running, but the other disciple outran Peter and reached the tomb first. He bent over and looked in at the strips of linen lying there but did not go in. Then Simon Peter, who was behind him, arrived and went into the tomb. He saw the strips of linen lying there, as well as the burial cloth that had been around Jesus' head. The cloth was…

A Most Blessed Easter.

Christ is risen . . . He has risen indeed!   Did you say that at church yesterday?  This year, my Easter celebration was uniquely punctuated by sunset at the beach.  I’ll get back to that, but for now, how blessed are we to go to church two thousand years after the resurrection and celebrate what took place on that Sunday so long ago?!

Remember?  “On the first day of the week, at early dawn, they [the women] went to the tomb, taking the spices they had prepared. And they found the…

Words of The Day

They stumbled in the early morning  darkness as they made their way to the tomb where Jesus was buried. Both women  were determined to complete the burial preparations of their friend, they  weren't sure how they were going to move the stone covering the entrance but  they were determined to proceed with their plans one way or another. As they  approached the tomb they stared with astonishment and disbelief. The stone  covering the entrance had been moved. They… Continue

Words of The Day

Matthew 28:1-20 (Good News Translation)
God’s Word Goes Forth: Trust in God’s Promises
Introduction
Matthew 28:1-20: An angel rolls the stone from the tomb, revealing that Jesus has been raised! The women rush to tell the disciples, and on the way, they encounter the risen Christ. Later, Christ appears to the disciples on a mountain in Galilee, calling them to go forth and make disciples of all people.

The Depth of our need for Christ's Forgiveness

Recently, there has been a lot of talk here on AAG about Salvation; the nature of our redemption and whether we can keep this gift, lose it, throw it away or have it somehow tricked away from us.

One of the things I am convicted of is that we fail to recognize the depth of our need. When we begin to think that we can produce something to offer God, apart from his Spirit, we fool ourselves. Our only offering is to empty ourselves, to die to self, and take on Christ. There is…

Left Behind For Bad Behavior?

ne of the most telling indicators that the rapture is near is the number of people who write fearing that because of their behavior they're going to be left behind. People didn't worry so much about that when they thought the rapture was off in the distant future.

I'm sure some of this is due to the normal conviction of the Holy Spirit and in that case it's not a rapture issue because as we'll see born again believers can't be excluded from the Rapture for any reason. …

Crucified, buried . . . Finally, the procession reaches the top of Mount Calvary--Jesus and two criminals are to be crucified.  Jesus is stripped naked, his bruised and bloodied arms outstretched on the rough wood--a five-inch long, three-eighths-inch square nail is driven through each of his hands--actually, more the wrists. Crucifixion is meant to be humiliating beyond compare, excruciating without any other equal, as each painful hour drags by before death by suffocation eventually…