It is late on the night we call Maundy Thursday … the disciples have dispersed into the night, save two … Jesus is thrust before Annas in what is the first of six trials that will span about nine hours.  (Indeed…

Take a look with me at John’s rendering of what happened that Passover night so long ago … “When he had finished praying, Jesus left with his disciples and crossed the Kidron Valley. On the other…

The Irony of Loneliness.

Minute meditation for each day (58)

The cup of the Father comes from the hands of the Father. This is why our Savior drinks it, knowing that it contains the sins of the whole world.

Why do I hesitate to drink my cup? Don’t I realize that it is part of God’s saving plan?

“My ‘father, I trust in You. Strengthen my weakness and make me always more generous in the spirit of sacrifice. In the…

Alone and filled with bitterness 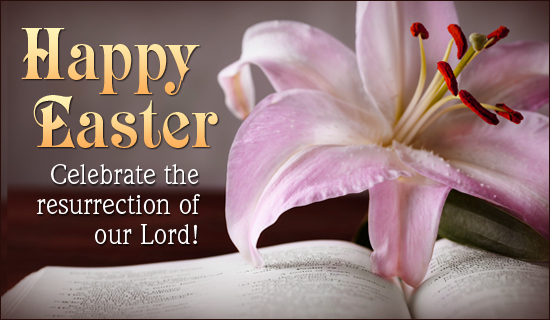 Happy Easter Day to all of you!

Happy Easter Day to all of you!

Thank you Jesus that we celebrate resurrection day. Jesus is the prize portion in our lives. Without  him dying on the cross, their would not be any hope for us in the future. We be spending our lives in fear of death. Jesus was despise, and yet he reach out to us, even though we rejected him. As the word of God says in Isaiah 53:3- He is despised and rejected by men,  A man of sorrows and acquainted with grief. And we hid,as it were , our faces from Him; He was despised, and we did not…
Continue

My drink was spiked with GhB

Dear Friends, In an attempt to get the word out and as a warning to others of the danger of the drug I was spiked with GhB and the consequences that followed. I have written this book SPIKED which to my own surprise has made it to the top number one Amazon best seller list on various links.  I hope you can find the time to take a look at it.   it is available on kindle…

"If we claim to be without sin, we deceive ourselves and the truth is not in us. If we confess our sins, he is faithful and just and will forgive us our sins and purify us from all unrighteousness." If we claim we have not sinned, we make him out to be a liar and his word has no place in our lives."…

Minute meditation for each day (57)

The Savior was at the end of His strength, afflicted and exhausted to death. But He surrendered Himself to His Father’s will and the Father comforted Him.

I will think of this at the hour of my Gethsemani when I find no one to comfort me.

“Heavenly Father, be always near me and strengthen me, your child, as You did Your Divine Son. Let Your holy will be fulfilled in me…

Mom was watching the Oreilly Factor. I think on it had mentioned something about Jesus' death. For I heard mom comment how she doesn't like to see Jesus on the cross. She didn't change the channel [like that one time] though. We ended up talking about a few Biblical things, one being Jonah in the belly of the whale. The Holy Spirit is working on my parents, praise God! He is truely the One that convicts.

According to the general sentiment of the human race, we declare death to be the debt of nature. This much has been settled by the voice of God.

If a vessel being molded has some flaw in it, it is remolded or re-made, so that it can become new and entire. so also it happens to man by death. For somehow or other he is broken up, that he hay rise in the resurrection whole. I mean, spotless, righteous, and…

Dear Heavenly Father, Thank You for Your creation of animals. You made so many magnificent creatures. Your diversity is astounding. Some are such a delight to watch. We can learn from so many of them. Your domesticated animals are such a joy to us, while the wild ones challenge us to observe their ways and learn about them. Thank you that You made them for man's enjoyment and use. Since many of them are directly dependant upon us, help us to be good stewards over them. Lord, protect the…

Dear Heavenly Father, I do appreciate You, and I want my life to glorify you. Fill me today with Your Holy Spirit so that I might bring encouraging words to others. Father, I have been down at times in my life and I am so grateful for my brothers and sisters in the Lord who came to me with faith and encouragement. They lifted me up, and today I want to lift them up. You know each of them and exactly what they are going through at this time. Bless them and encourage them and meet their…

An important message for Christ’s saints,
is to guard hearts from becoming downtrodden.
Attacks started immediately with Man’s creation,
knowing that Adam lost the first estate of Eden.

People must not lose sight of their Godly identity,
during this critical age of holy dispensation.
The Great Commission is still relevant today,
for bringing souls unto the revelation of…
Continue

Lord, keep me ever mindful and joyful,
knowing that You are the True source of my hope.
With Your daily mercies, renew my spirit
with a resolute perspective, based on The Word.

Lord, remind me to always be patient,
since my pain pales in comparison to any…
of the afflictions suffered by You
on my behalf during Your crucifixion at Calvary.

Lord, teach me to be faithful in prayer.
I know that my voice will be heard, when…
Continue

Minute meditation for each day (56)

The struggle against self is not an easy one and requires constant effort. Its purpose is to rid ourselves of all that separates us from the will of God.

But the reward is great and with God’s grace and our own effort we become better persons – disciples of Christ.

“My Lord and my Savior, it is a grace to follow You. Grant me steadfastness…

Dear Heavenly Father, I come to you with a thankful heart for all the things you have done for me. I really cannot thank you enough. I do want to continue to be one of you faithful servants. I must rely on you to fill me with your love and strength every day in order to be obedient and serve you. Help me to be able to share your love with all those who you allow me to be a witness to. Lord, help me to overcome the sin and weaknesses that hinder Your work in my life. I do ask for the…

Our Faith - Resurrection, Judgement and Destiny