God does not mumble.

God is not a mumbling trickster.  It is to be expected, that if he wants us to know something, he will be both able and willing to communicate it to us plainly, just as long as we are open and prepared by our experience to hear and obey.    Dallas Willard


The psalmist said, “The unfolding of your words gives light.” Psalm 119.30

“In all your ways, acknowledge him, and he will direct your path.” Proverbs 3.6

We read, study, and even memorize these words, but how does…

come join me in the study of Gods Word

:
"Study to show thyself approved unto God, a workman that needeth not to be ashamed, rightly dividing the word of truth."
—2 Timothy 2:15, KJV

The program is designed to help Christians become better wielders of the sword of the Spirit. Scripture is inspired by God (2Ti 3:16), holy and able to make wise (2Ti 3:15), comforting (Ro 15:4), for reasoning (Ac 17:2), and is truth (John 17:17). This study tool is presented with the hope that it will be used by the Holy Spirit to… Continue

Hang in there, Baby

God spoke to me this week.  Where? How?  W h e n did G o d speak to me?  Through his powerful Word—yet again.  Right where we find ourselves in Romans 5.  See, in his next breath, (after establishing that our eternal hope is through Christ, in that he alone makes us right with God), Paul passionately implores the Roman Christians to stand strong—no matter what they were facing.  Check it out:

“We can rejoice, too, when we run into problems and trials, for we…


Do you realize that the devil has absolutely no authority over you?

What if he rejects me?

Having realized her patient was facing some fears that I just might be able to relieve, the hospice nurse got word to me to come right away.  Oh, you know about her patient—it was just a month ago when I took you into his hospital…

If interpreted, is it still Biblical to speak in tongues today?

Caller:  Ok.  This is what I want to know.  I know we’re not suppose to mention a denomination, so I won’t, but I went to a church where there was a lot of speaking in tongues.  And I believe it wasn’t just random, like people were going blibber-blabber; it was always interpreted.  And now I go to church where they don’t speak in tongues and all; and I…

Through my many studies, I have come to a most disturbing understanding of today's church.  When I say church, I'm refering to the Christian church. It's clear to me that the church is focused on increasing the number of people coming through the font door, rather than building spiritual growth within the church. I call this the "Olsteen" syndrome. Today's evangelist's focus their attention on cultural problems within the congregation, what I mean is that instead of preaching the Word, they…


As a child I remember horrid Fear of the dark.I can recall placing my little plastic army men in line on my window shelf to protect me from the monsters outside my window.I knew that with my little troopers in position that no monster would dare think of attacking me while I slept.Now of course we all know that if anything would have been there that it would have waltzed right over my little plastic protectors with little more that a sore foot if it… Continue

From the last time I was on "All About God" I have since enrolled in college at Liberty University, working on my BA Religion w/ minor in church ministry. I have a lot to be thankful for and love life to its fullest.

"God, our Father, walk through my house and take away all my worries and illnesses and please watch over and heal my family in Jesus name, Amen."

100 things that make you happy but let’s just start with one! 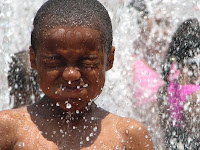 The arduous task of…
Continue

It seems like a very long time ago since we stepped away from Paul, leaving him in the letter that he was writing to the church at Rome . . . we segued for good reason, to prepare our hearts for the celebration of the birth of the King, and then to consider the right thoughts we might choose to start the New Year, including the notion that right thinking must include the personal priority of studying and taking a hold of the Word of God.

I would submit to you that we cannot simply…

Man can not leave with bread alone

Greetings in Jesus' mighty name and I pray that we all choose to feed on the heavenly which is the word of God because without it we die even though we feed on pizzas and those other wonderful meals.

if you take millions of different dishes minus the word of God you will still hunger.

What is your default setting?

When something in your world goes haywire, to what do you default?  Sure, your computer has default settings, but do you?  In the last several days, I have been involved in relational settings—

--in which a beloved father passed away

--a much-loved younger brother was killed suddenly in a motorcycle accident,

--when the news about ‘just how much cancer’ was not so good,

--a dad came into town to visit his adult children, but showed up for each of two visits…

When I was a child my father would tell me stay curved and close, while he was talking about my piano lessons it still applies to everyday life. Especially when it comes to the lord. Stay curved and close to his teachings and his order. In these times when the world is going through so much there are so many people looking to take advantage or lead you in the wrong direction away from the lord. This is the time to buckle down and stay curved and close. Because of a fight I had with my mom I…

Laughing in the Spirit

This is another phenomena that is under attack by other Christians and Christian groups. A number of us have had this particular manifestation occur, so we all know, without any shadow of a doubt, that this is truly a real manifestation from the Lord.

In my opinion, this is one of the neatest manifestations that you can receive from the Lord. I never cease to marvel and awe at this manifestation when I actually get the chance to hear it come into manifestation through someone…

A person can be raised in church their entire life and have no clue who God is.

You see, there is a difference between 'believing God' and 'knowing God'. There is? Wait...you mean to tell me I can believe in God and have no clue what His personality is like, or His characteristics? Yep. That's exactly what I'm telling you. You see, God seeks the ones who are broken hearted. He draws close to those who have no hope, who have no future but only a past. He comes to those whose…

If There is a Loving God Then Why is The World Filled With Such Suffering?

We have all contemplated the ever worsening condition of our world and at some point we get to the end of our human logic, look up to the heavens and simple say, “Why?”  If God loves us wouldn’t He make…

I  know now it was only a test, in which I did not pass it. I ask my self, how could this be that I missed the mark on this?   I am bashful,  I do not understand why. going back to the work book to study and read up on courage.. Paul instructs us 2 B bold with our faith.  I once made the proclamation, I am an Ambassador for Christ..Well,  when it came time to represent my Savior,, I did not,  and only after the fact that the time was gone, did I realize  that was exactly what I was to do...If… Continue

Here's some food for thought.