The Will of God

After a person is saved there is nothing more important in their life than knowing and doing the will of God. If you miss the will of God, you can’t truly be called successful for you have wasted the life that God has given you.

Forgive but stay away is it so ?

The Bible says we need to forgive others and forget their Sins what if you can truly forgive a person, but not want to associate with them anymore ??? Does it work ??Continue

What Brings Us Total Victory?

At times in our life, one of the many reasons why we are not experiencing total victory is because of disobedience to God, At times God will ask us to do something seems impossible for us, but we…Continue

A Lesson From An AntBrenda was a young woman that wanted to learn to go rock climbing.Although she was scared to death she went with a group and they faced this tremendous cliff of rock.Practically…Continue

You need to be a member of The Will of God to add comments!

Hey all thanks for being part of this group, soon will share many useful resources to take this group to the next level 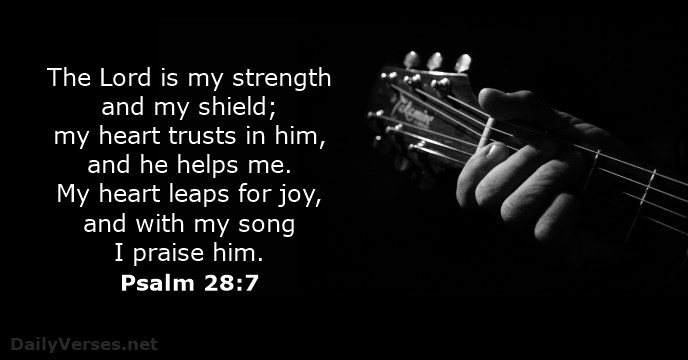 Comment by Pecanbrown on August 10, 2018 at 4:02am
Hello Everyone
New to allaboutgod but I have an interesting story. I’m working on my obedience to God/ Jesus and the Great Commission. I’m very anxious, nervous and downright will not say anything when trying to give the Good news majority of the time. I get frightened of what people might say or think and I know in the over all pic of things it matters about the soul, not my feelings. It has been tough though, I have ups and downs with it. I feel inadequate sometimes for the responding outcome. Like I said I’m trying. Tonight I went to tacobell for a food run and spoke to this women about Christ. She said she is a believer but I told her Christ is the redeemer and the only way to God. He is the bridge between us and God for man kind to be righteous with God due to our sins that separates us. I told her with out him we are lost for eternity. She agreed, I was so elated. She said she had something to tell me too. She felt I had a guardian angel protecting over me and it was a women but couldn’t see her face. She said my light was bright or ora couldn’t remember that exact word and she had a tatoo of her( angel) on her leg . This was after I told her you know angels our men only and not women per the Bible. I said you know angels surround us ( believers) all the time. I just learned the masculinity of angels recently. I politely told her thank you I needed that but prayed later to no claim that because I’m not sure if it is from God. I’m alittle perplexed on how to take it because she could’ve been coming from a good place. Anyone will like to shed some light on it. I didn’t want to claim something that is not God given, even though I didn’t express that to her trying to share the Good news with her. She stated to be raised Jehovas witness but her husband is Christian ( just some back ground. Your thoughts.

Falling down is not the end but the beginning of greater things.  Sometimes we falter, we may have doubts about our faith but I believe that all these happen to put us in a better perspective.  Our God is so loving and faithful and I know whatever happens on our faith journey is part of God's plan. Once I was blind but now I can see, blessed be the Name of the Lord! Hallelua amen 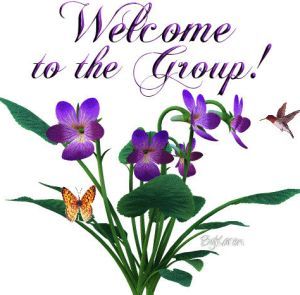 The will of God is because of me webing into a nest Godly people. I thank him so much for his will, I feel so new. Because on last night I did not know who or where to talk too, but God's will lead me to this web sight. I thank him! I thank him!

‪#‎watch‬ your tongue!!!
Giving Account of Every Careless Word

Well, that's not good. How many careless words have I spoken in my lifetime. Dozens? Hundreds? Thousands? Maybe I talk too much.
A “careless word” in this context is a word spoken rashly or carelessly without thought as to whether it is pleasing to the Lord or not. It may have been spoken in anger, or excitement, or exasperation, or under pressure, or in ignorance. The Scriptures warn, “This you know, my beloved brethren. But everyone must be quick to hear, slow to speak and slow to anger; for the anger of man does not achieve the righteousness of God.” (James 1:19-20).

So, there have been many such words come from our mouths in a lifetime, and Jesus says that they each one will be considered at the judgment and we will either be justified by them or condemned by them. Well, the gospel is not “good news” for nothing. It is the answer to our dilemma. It is what is going to get us out of this mess we got ourselves into.

Why is God so particular about every minute thing we may have ever uttered? There are probably many reasons, including His absolute righteous holiness. But there is also the fact that each day, with each decision and each action, we are molding a character. We have free will and we are responsible for the decisions we make, and therefore responsible for the characters we develop in making our decisions. How many careless words must we utter before it becomes a habit and a character trait?

A distressful circumstance can be handled with grace and wisdom, or mishandled by engaging in intemperate or extreme behavior. And how we handle a major crises often depends on how we have handled the little ones. The Lord expects us to build strong characters, and permitting “careless words” or “little faults” to rule our days does not do it.

A good illustration of this is the way Saul and David each handled crises. Saul carelessly disobeyed the Lord's commandment concerning sacrifice, and for that he was to lose his kingdom. The Bible says, “Samuel said to Saul, 'You have acted foolishly; you have not kept the commandment of the LORD your God, which He commanded you, for now the LORD would have established your kingdom over Israel forever. But now your kingdom shall not endure. The LORD has sought out for Himself a man after His own heart, and the LORD has appointed him as ruler over His people, because you have not kept what the LORD commanded you." (1 Samuel 13:13,14).

But Saul evidently still does not make the connection between his carelessness and his losing his kingdom. Instead, he blames David, the man God chooses to replace Saul, for his troubles. During the remainder of Saul's life, he would spend much energy in trying to kill David, continuing to exercise carelessness with respect to his life and decisions. David, however would exercise great caution in his decisions, wisely seeking to make them out of respect for God and His will. Though Saul was trying to kill David, when David had opportunity to kill Saul, he would not because God had made Saul king. God would give the kingdom to David on His terms. David would wait for that. As David said to Saul, "Behold, this day your eyes have seen that the LORD had given you today into my hand in the cave, and some said to kill you, but my eye had pity on you; and I said, 'I will not stretch out my hand against my lord, for he is the LORD'S anointed.'“ (1 Samuel 24:10).

If you’ve been through a lot of negative things in the past, it just means that your future is bigger and brighter and greater than you can even imagine.

It’s your time to step out and embrace all that God has for you!

Are there dreams and promises that you’ve let go of?

Are there things that God has placed in your heart, but because of time, because of disappointments, you’ve given up on them?

Today is the day to give your dreams a new beginning.

Today is the day to allow faith to rise in your heart.

The vision is yet for an appointed time --- Habakkuk 2:3

God has planted seeds of greatness on the inside of you, and He has predestined that those things in your heart come to pass.

You may have had more than your share of unfair things happen in your life.

You probably have plenty of reasons to just settle where you are.

But understand, the depth of your past is an indication of the height of your future.

If you’ve been through a lot of negative things in the past, it just means that your future is bigger and brighter and greater than you can even imagine.

It’s your time to step out and embrace all that God has for you!

Are there dreams and promises that you’ve let go of?

Are there things that God has placed in your heart, but because of time, because of disappointments, you’ve given up on them?

Today is the day to give your dreams a new beginning.

Today is the day to allow faith to rise in your heart.

It’s your time; it’s your season to move forward into the destiny that God has prepared for you!